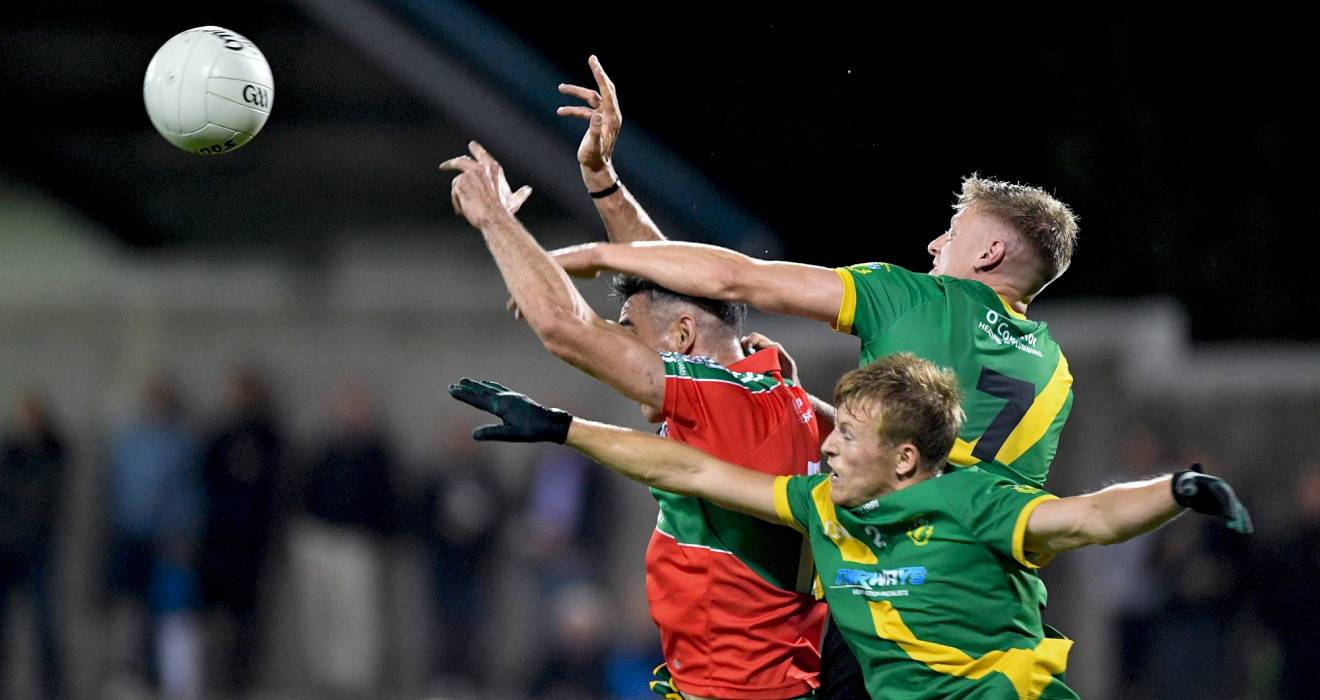 Reigning champions Ballymun Kickhams had to call on all their big-game experience to come from behind to defeat Thomas Davis, 1-12 to 1-10, in Friday night's Go-Ahead Dublin SFC1 Group 3 encounter at Parnell Park.

Ballymun got the opening score of the game, when Fiach Andrews converted a free in the third minute, but didn't lead again until the 57th minute when sub Dean Rock slotted the fifth of his five frees following his second-half introduction.

Rock was just one of Ballymun's subs who made a positive impact off the bench with Ciarán McManus and Brian Ashton also lending momentum to their winning run.

The Kiltipper Road men were full value for their 1-9 to 1-4 lead in the 41st minute following an Eoin Kirby free but Ballymun pushed hard over the conclusion of the tie to edge to victory.

Dean Rock got their momentum going with two frees, following fouls on Cameron McCormack and Rock himself, then the Mun had a goal chance when pacey sub Ciarán McManus stormed through on goal but his effort was blocked by Adam Fallon.

A Mark Nolan free from 43 metres briefly gave Thomas Davis a foothold but back came Kickhams again with points from Rock, again McCormack being fouled after great defensive work by John Small initially, another from sub Brian Ashton when he fisted over, Rock (free) and Andrew McCaul (mark) to seal victory.

Thomas Davis got off to a great start in the opening quarter and led 1-4 to 0-3 at the first water stoppage.

The goal arrived in the eight minute when Davy Keogh broke through the tackle of James McCarthy before accelerating through on goal and firing low to Evan Comerford's right.

Ballymun Kickhams, who started without two of their Dublin seniors Dean Rock, who came on in the second half, and Paddy Small, had a goal opportunity in the tenth minute but Fiach Andrews' shot came off the underside of the crossbar and rebounded out.

However, the Mun recycled the ball with Jason Whelan slotting over from close range to make it 1-3 to 0-2.

Evan Comerford converted a 44-metre free before the hard-working Ryan Deegan was powerful in possession before clipping over off his left.

Ballymun, who struggled to prise open a tenacious Thomas Davis defence, did have a second clearcut goal chance but Dillon Keating's pulled his penalty attempt wide in the 19th minute.

In the second quarter Davis had a good sighting on goal but Eoin Kirby, after being picked out skilfully by Chris Sallier, elected to go for a point to make it 1-5 to 0-3.

Ballymun cut the deficit in the 26th minute when Anton Swan flicked the ball to the net following good approach play from Cameron McCormack.

Before the half-time interval Seán Farrelly punished Ballymun when he fired over after a counter-attack to lead by three points, 1-6 to 1-3. 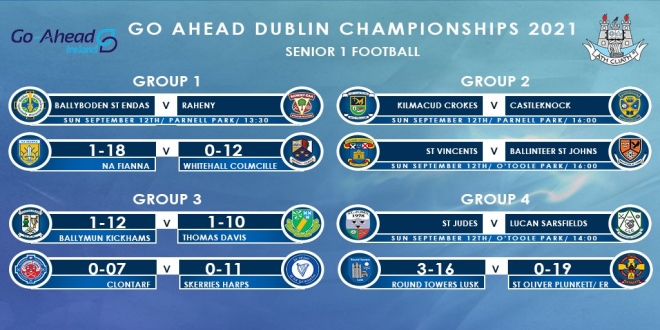 In Friday night's other Go-Ahead Dublin SFC1 game Skerries Harps defeated Clontarf 0-11 to 0-7 in their Group 3 contest in Balgriffin.

A Harry Dawson point kickstarted a scoring surge by Harps to see them to victory.

Clontarf had led 0-6 to 0-5 at half-time with Kieran McKeon's point closing out the first-half scoring for the Dublin 3 side.