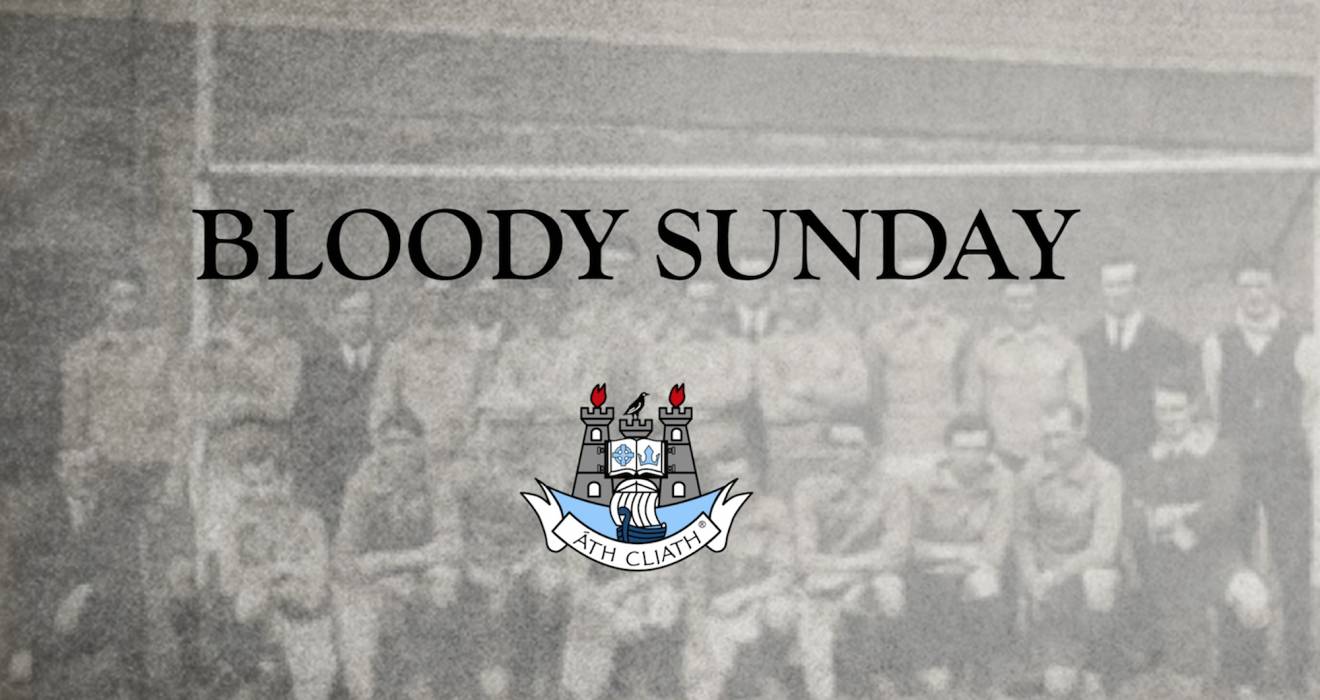 On November 21st 1920, 14 people went to a football match at Croke Park between Dublin and Tipperary.

This week, Dublin GAA and The GAA remember Bloody Sunday, on the 100th Anniversary of the tragedy.

On Saturday morning, The Lord Mayor of Dublin joined Dublin GAA at Parnell Park to unveil two plaques and two wreaths, to remember the victims of Bloody Sunday:

Our Senior footballers laid a wreath in memory of the victims of Bloody Sunday, following the Leinster Final:

This week, we have also heard from family members of those who witnessed the events of November 21st 1920- and eyewitnesses to the events of that day, too:

Our Senior footballers wore a special jersey for Saturday’s Leinster Football Final against Meath, with a commemorative design on either sleeve, to mark the 100th Anniversary of Bloody Sunday.

A commemoration was also be held at Croke Park, before the Leinster Football Final.

'In 90 seconds, 14 people lay dead and mortally wounded on the field and banks of Croke Park and on the streets outside. Tonight, 100 years on, we pause to remember them all: the 14 who went to a match, and never came home.'#B100dySunday pic.twitter.com/pjmQpt8EWc

As we approach the 100th anniversary of Bloody Sunday, BSJ are honoured to remember James Burke from Windy Arbour. Thank you to our wonderful volunteers who tended to James's grave to have it ready for the Commemorations.#bloodysunday100 #B100dysunday #GAAmuseum #GAA pic.twitter.com/0fMMUVWgCm

The GAA Community are also asked to mark the day by lighting a candle at dusk. #B100dySunday pic.twitter.com/PpNil1Op3L