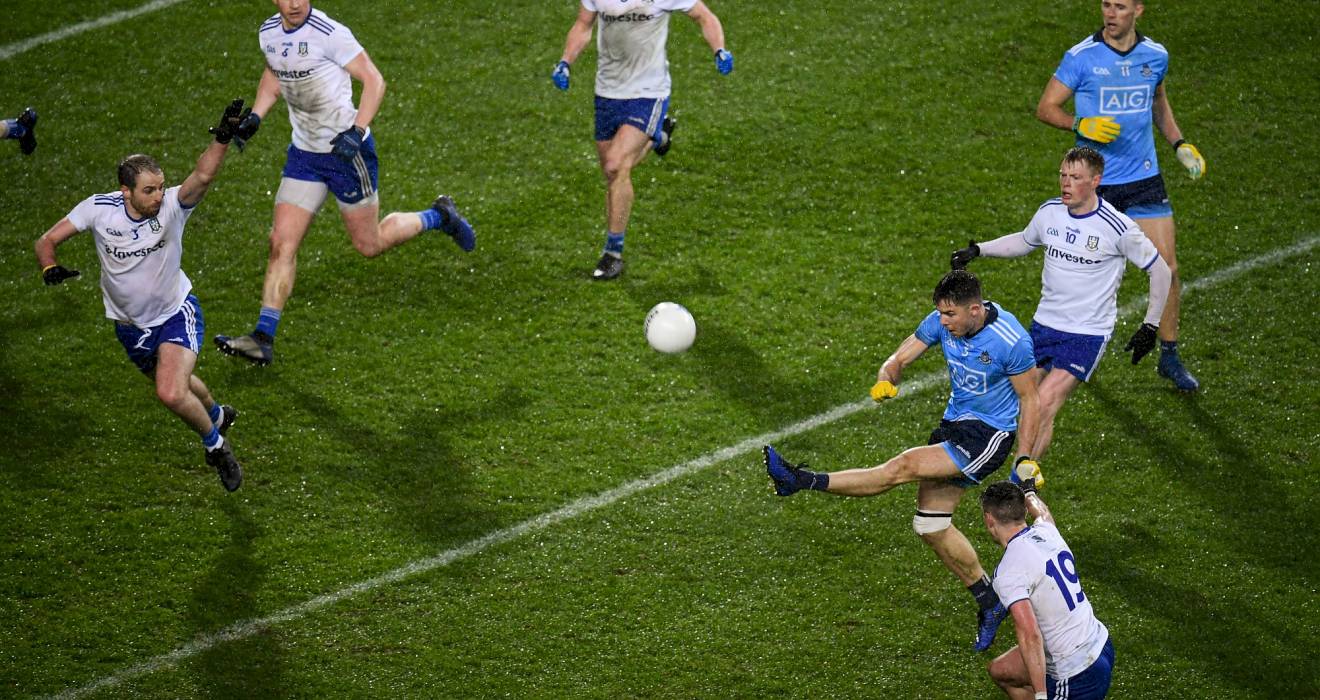 A David Byrne equalising point in the tenth minute of added time saw Dublin complete an incredible comeback to snatch a draw in this FL Division 1 clash at Croke Park on Saturday night in front of an attendance of 17,786.

Dublin trailed by ten points late in the first half, nine at the break, and nine still as the clock hit 60 minutes.

Yet they drove on relentlessly, led by the likes of James McCarthy, and were rewarded by outscoring their opponents 1-7 to 0-1 from then to the final whistle.

The Ballymun Kickhams man's will to win and physicality was central to Dublin's revival while he also slotted one fine point from play with the outside of his right boot that clipped the inside of the left upright at the Hill 16 goal before going over.

The Dubs got plenty of impact off the bench with Kevin McManamon scoring Dublin’s goal with Seán Bugler kicking three points from play and Colm Basquel one as well as having a key role in the late, late equaliser.

McManamon's goal illustrated his instinct when after miscuing a 'garryowen' into the danger zone he followed in and gambled on the ball being broken goalward with Bugler getting up highest to bat the ball to the St Jude's man who illustrated a poacher's instint to sidefoot past Rory Beggan.

It was a massive, timely lift for the Dubs as they hunted down their opponents over the close of this 'game of two halves'. 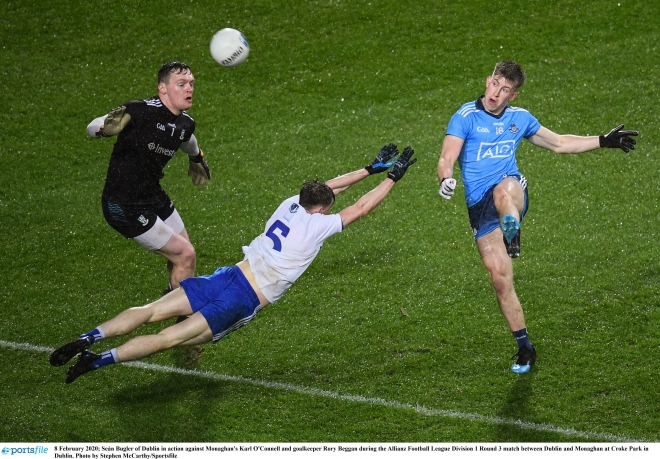 Dublin’s first half display was totally at odds with how they concluding proceedings as the rain lashed down at GAA headquarters.

Monaghan goaled inside the opening minute through Conor McManus and dominated the exchanges for the opening period.

Dublin lived off scraps and could not unlocked the well manned and marshalled physical Farney County defence.

Dessie Farrell's men would have trailed by more but for a good close-range save by Evan Comerford to deny Ryan McAnespie one-on-one.

"I think it's fair to say that we upped it in the intensity stakes in the second half and we were able to put some scores together at the end when it mattered most," said Dublin manager Dessie Farrell.

"And to be honest, at half-time, we weren't too concerned with the result at that stage but the performance was just so poor in the first half and they are better than that."