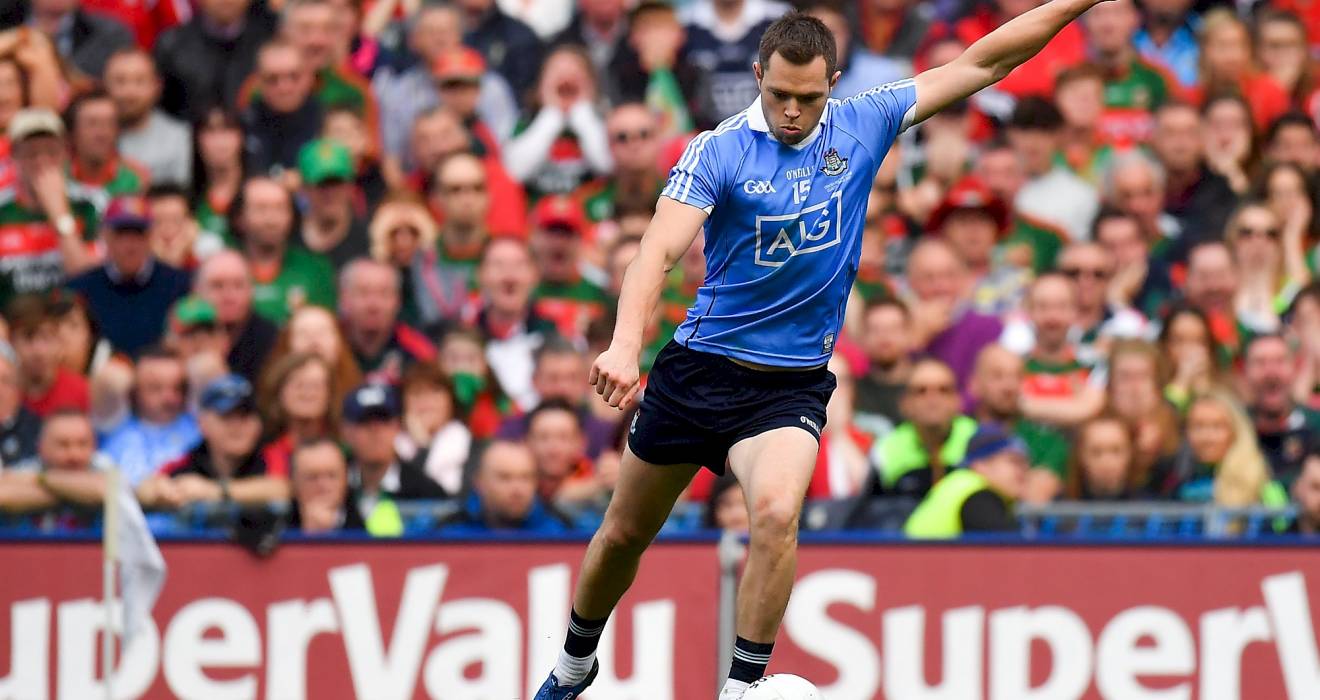 Dean Rock kicked one of the most dramatic late free kicks to win an All-Ireland and now he's passing on his deadball expertise to the generations to follow.

The Ballymun Kickhams clubman's free against Mayo settled the 2017 All-Ireland final when guiding the ball between the posts at the Davin End as Dublin secured their third All-Ireland SFC in a row.

Currently he is poised to establish himself as Dublin's top scorer of all-time (league and championship combined) as he closed in on Jimmy Keaveney's long-standing tally.

In recent times Rock has leapfrogged over the likes of Kevin Heffernan, Bernard Brogan and his own father Barney, an All-Ireland SFC winner himself in 1983.

“Over the years, I developed my own habits. As a kid I probably would have kicked 200 balls a session but I started to realise that my hips and groins and knees weren’t really going to be able to sustain that for much longer," says Dean.

"So I had to change my own training methods and now it’s just 35 or 40 kicks a session.

“Every kick though would be really purposeful. I’d put myself into match-type situations, trying to execute the kick as best I can rather than kicking too many balls under fatigue. I’ve got to get myself ready for the next session. Once I put myself into that routine 30 or 40 times, I walk away with some learning. Less is more for me these days.”

Dean may have surpassed his father's scoring tally but he still takes on board his wisdom.

“I still involve my dad. It’s something we can bond over and over the past couple of weeks he’s come up to Malahide Castle since the lockdown restrictions on travel have been eased.

“The tables have turned. For years I was just there behind the posts collecting the balls for him. Now it’s his turn to run – or stumble – across to get them for me. He gives me advice to this day. I don’t know it all and it’s certainly something that I welcome.” 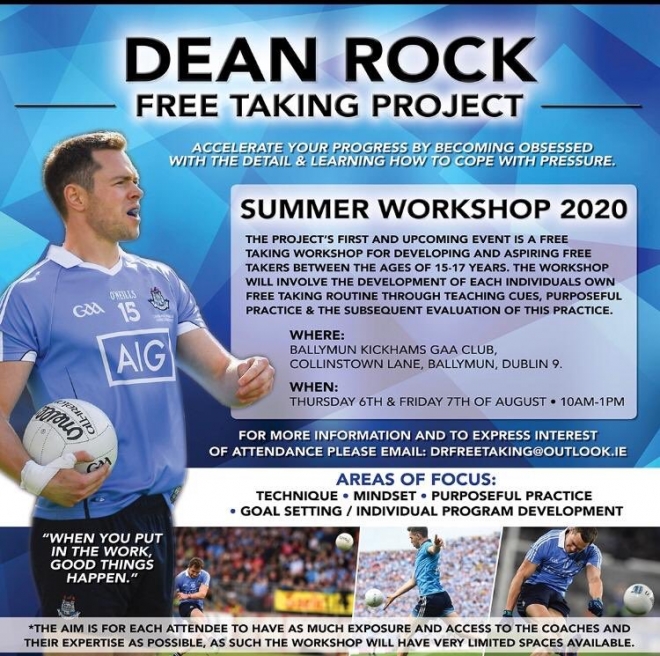 The Dublin and Ballymun Kickhams sharpshooter is looking forward to the return to competitive action with firstly his club and then the Dubs in the weeks and months ahead.

"That was the most challenging part of it, not knowing when fixtures would be fixed for or what was around the corner.

"At least we have some sort of roadmap. It’s certainly given us a bit of a pep in our step. It’s something to look forward to.

"We understand it’s a different year and a challenging year. Everybody is keen to just play football now. It’s just one those years, it’s going to be different.

“Everyone just has to get their heads around it because there’s no point in wishing things were different and the ground was harder or the weather was better.

“The best team will win the All-Ireland. There can’t be any excuses. It’s a level playing field. It will just be interesting to see because there’s different variables.

“But we’re used to playing in bad weather in Ireland. We saw it in the national league.”

SHC ‘A’ quarter-finals: Cuala to face Brigid’s in repeat of last year’s decider

Boden progress to quarters in second spot (SHC ‘A’ Group 2)