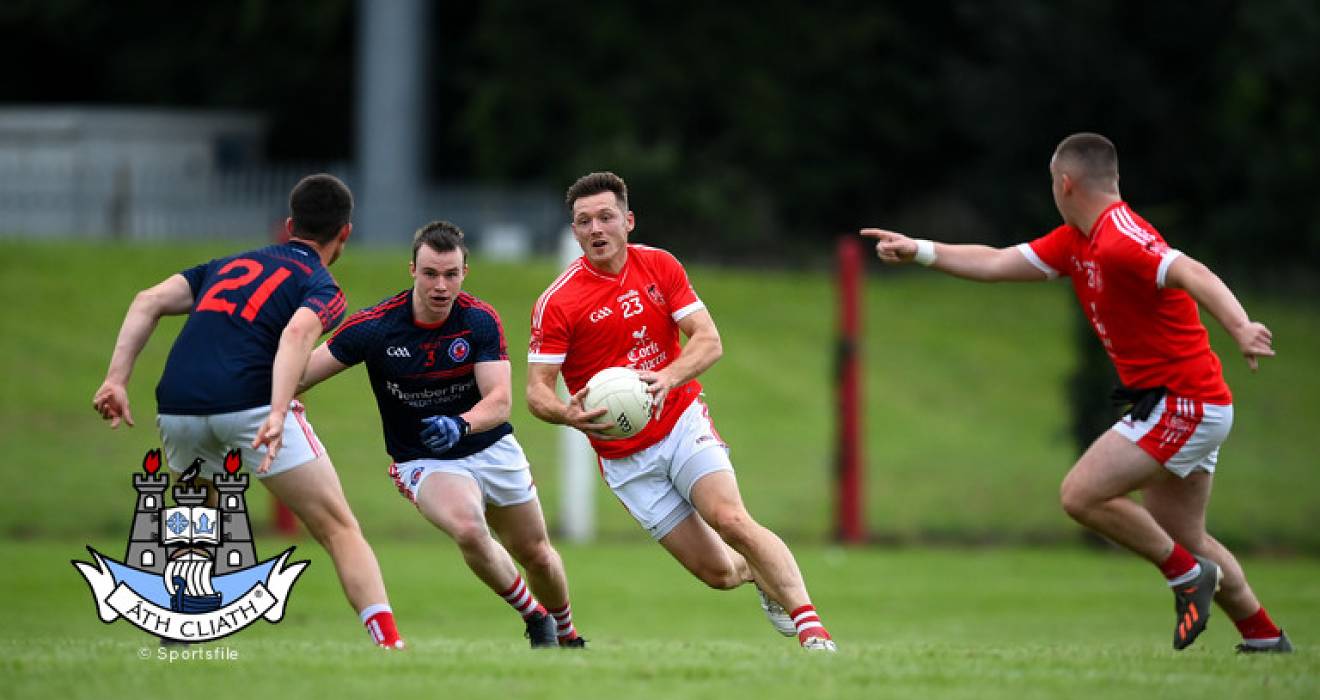 It's all to play for this Saturday as the Dublin SFC2 group phase comes to a conclusion with Round 3 of action at eight venues across the capital.

In each of the four groups one team leads the way at this juncture after recording two wins from two starts but nothing can be taken for granted in what has been a keenly contested competition.

In Group 1 Templeogue Synge St are currently in pole position following victories over both Ballyboughal and St Peregrine's and host Fingallians, beaten by Ballybougal in Round 2, in Dolphin Park on Saturday (all games 6.30).

Ballyboughal travel to Blakestown Road to face St Peregrine's who have been beaten by both Fingallians and Synger. 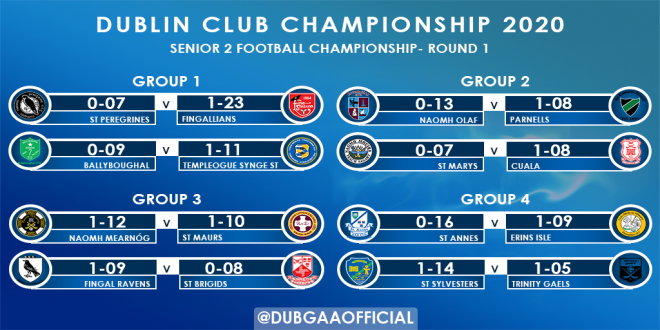 This Saturday the Dalkey men host Parnells in Hyde Park with Nh Olaf travelling to face St Mary's in Saggart.

Fingal Ravens lead the way in Group 3 following victories over St Brigid's and St Maur's and face Nh Mearnóg in Portmarnock on Saturday.

Shane Carthy inspired a late surge from Mearnóg in their 1-12 to 1-10 victory over Maur's in Round 1 with Karl Lynch Bissett scoring 1-2 overall.

However, Carthy hobbled out of their defeat to Brigid's last time out in Russell Park after just 12 minutes owing to injury. 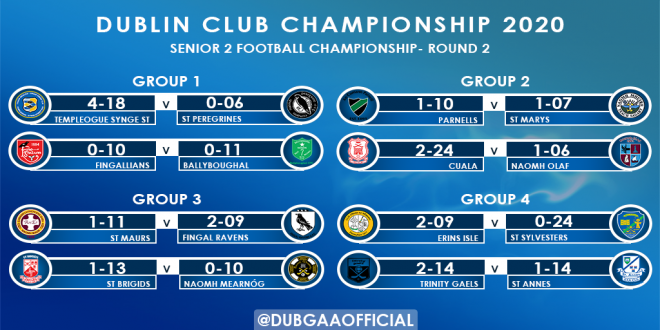 Brigid's improved on their opening night showing (defeat to Ravens) when getting the better of Mearnóg last time out. They face St Maur's on Saturday in Rush.

The Russell Park side made the most of the extra man when Mearnóg defender, Matthew Shorthall, was black-carded early in the second half.

During this ten-minute spell of numerical advantage Brigid's turned the game their way when scoring 1-3 without reply, with Paddy Andrews, Paddy Lysaght and Cathal Doyle getting points and the influential Mark Donnelly hitting their goal.

Brigid's also got a positive impact off their bench in the final quarter with Kevin Callaghan (two) and Mal Tighe kicking impressive scores.

Isle's will enjoy home advantage against Trinity Gaels on Saturday in Finglas.