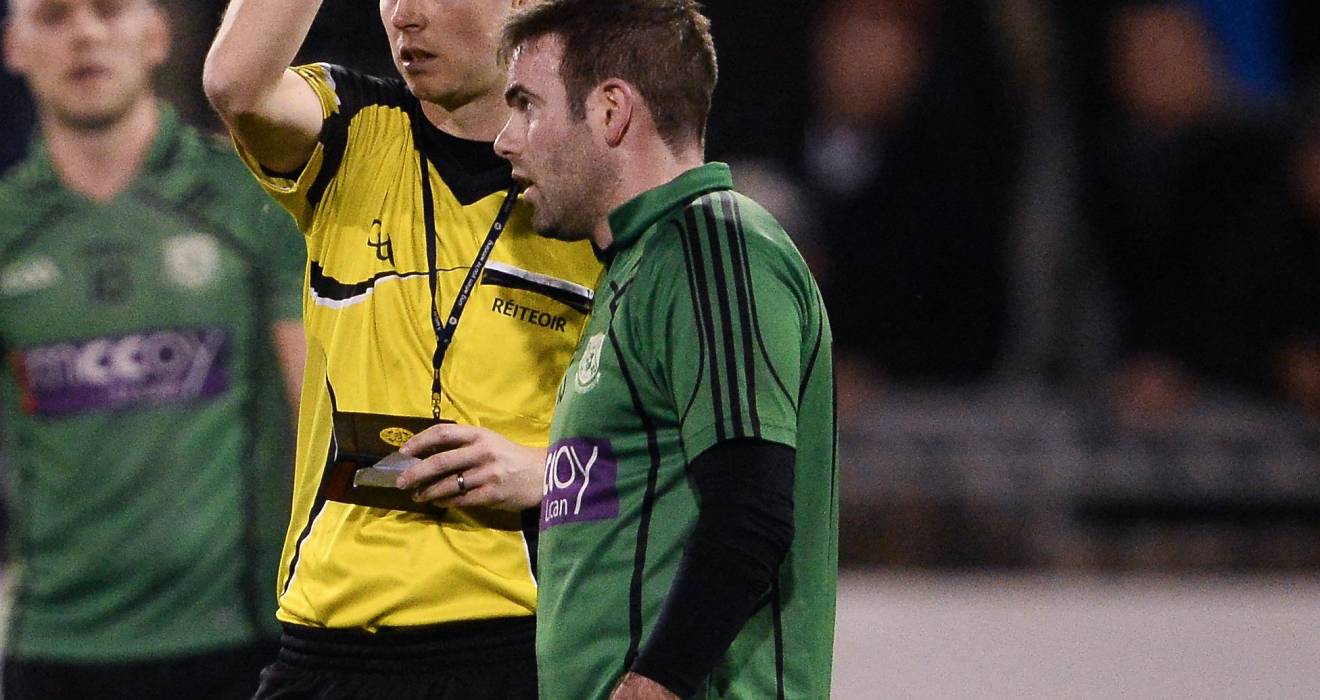 Gallagher on the double as Lucan defeat Skerries in SFC1

Lucan Sarsfields kickstarted their Dublin SFC1 Group 2 campaign in impressive fashion with a ten-point victory over Skerries Harps on Friday night in Garristown.

Brendan Gallagher amassed a superb personal tally of 2-9 (0-7f), both goals coming in the last ten minutes, and will face the winners of the Ballyboden St Enda's v Clontarf duel in their next SFC1 game in two weeks' time.

Lucan corner-back Alan Murphy had an impressive game, given the difficult man-marking assignment of curtailing Skerries' dangerous inside forward Stephen Smith, he emerged with much credit.

However, it was Harps who made the better start and hit two early points inside the opening three minutes before Brian Collopy's 11th minute goal ignited the Lucan challenge.

Sarsfields hit the next six points without reply with Gallagher, from frees and play, contributed four as they opened up a 1-6 to 0-2 lead by the 17th minute.

Skerries battled back with scores from Collie Daly, Kevin Gilmore and Mark Boylan and by the break Lucan held a 1-8 to 0-5 lead.

Midway through the second period sub Ciarán Murphy grabbed the Skerries goal to make it 1-12 to 1-7.

But Lucan fended off any chance of a late Skerries resurgence with goals from Gallagher in the 52nd and 60th minutes to run out 10-point victors.