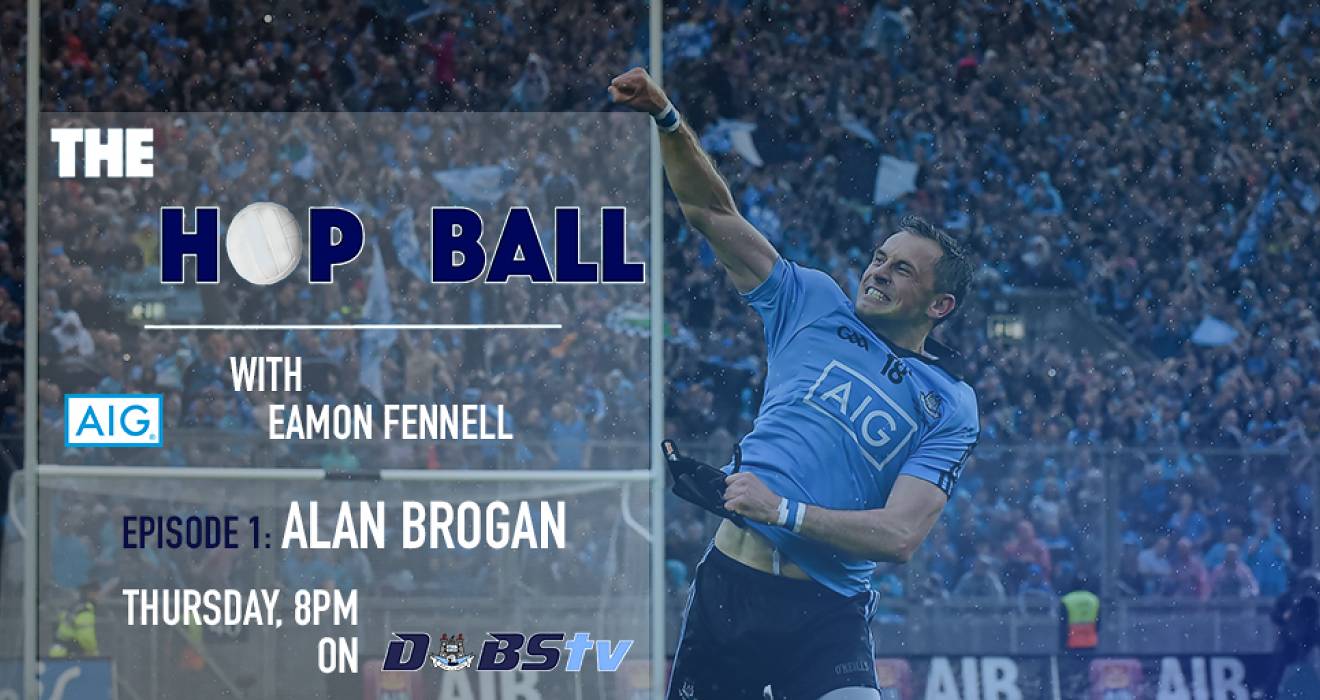 Alan Brogan was the guest on Episode 1 of 'The Hop Ball', the new Dubs TV series, sponsored by AIG.

Former Dublin footballer Eamon Fennell presents the show, as he chats to some special Dublin GAA guests over the coming weeks.

Alan reflected on his time in Blue during which he won All-Irelands in 2011, 2013 (when part of Championship panel but curtailed by injury) and 2015, signing off in dream style when kicking a superb left-footed insurance point against Kerry in the 2015 decider after coming off the bench.

After serving his apprenticeship with the county minors, winning a Leinster MFC title in 1999, he graduated into the senior set-up and made his NFL debut in February 2002 when scoring 1-3 against Donegal in Parnell Park. The same summer he made his SFC debut in Dublin's narrow victory over Wexford in Dr Cullen Park, Carlow.

A year later he captained Dublin to a historic first All-Ireland U21FC title when defeating Tyrone in the final in Páirc Tailteann, Navan.

At the end of the 2015 season Alan announced his intercounty retirement.