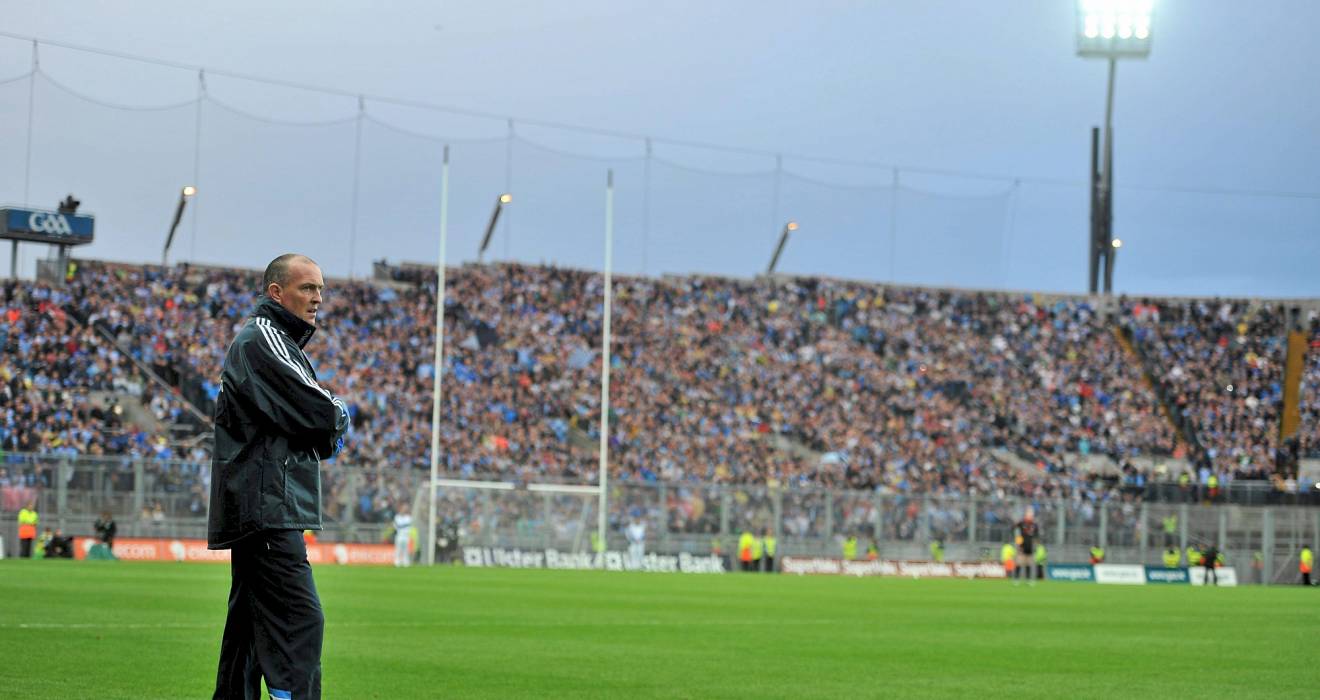 Pat Gilroy covered all angles of his playing and management career in Wednesday night's Episode of 'The Hop Ball', the Dubs TV series, sponsored by AIG.

Or you can listen back to it on Soundcloud, Apple podcasts or Spotify:

Chatting to Eamon, Pat reflected on his playing days with the Dubs and also with his club St Vincent's as well as his terms as Dublin senior football and hurling manager.

Gilroy began his senior inter-county career in 1992 and later that summer won the first of four Leinster SFC medals.

The highpoint of his playing career was the All-Ireland SFC success in 1995 when the Dubs, managed by Pat O'Neill, finally got over the line after all the frustration of previous campaigns.

In Wednesday night's interview Pat comments on how Ulster changed the landscape of Gaelic football in the early 1990s and recalls the utter relief at the burden being lifted with that close victory over Tyrone in 1995.

He feels strongly that Dublin "should have won more" All-Irelands in that period, insisting that Dublin played better football in the 1994 decider against Down and "should've won if we had our shooting boots on".

He recalls the "phenomenal work-rate of the Dublin team in the second half" as they held on to lift the Sam Maguire - a characteristic that was to become very much a cornerstone of his management philosophy when he took over in the senior football hot-seat many years later. 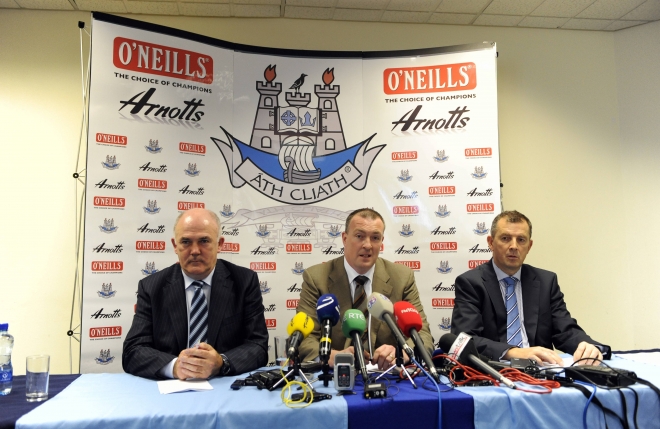 Pat speaks about his somewhat surprise appointment to the job.

“I had just started to get involved with the under-14 team in Vincent's, cos I’d just retired from playing.

“I just got a call and I was asked would I be interested in the job. I was totally shocked. I wasn’t thinking that way at all when the job was vacant. So I went and met John Costello, Pat O’Neill, Kevin Heffernan and Robbie Kelleher. And it was a conversation - what would you do?”

It was a time of big transition for Dublin, with Gilroy emphasising the importance of work-ethic and culture as well as the focus on defensive structure and tackling.

While Dublin played some excellent football in 2009 and 2010, they were still not getting their ultimate reward and the search for Sam extended into 2011, when Dublin shook Croke Park with a late surge to defy Kerry.

2012 proved to be Pat's last year in charge of the senior footballers, a season that ended in disappointment against Mayo in the All-Ireland semi-final.

Pat points the 'finger of blame' for that defeat at himself.

"I didn't put enough time myself into Mayo," he confesses.

“I took my eye off the ball. I felt Donegal were so strong and they were doing so much damage to teams, that I had an eye on them in terms of the way we wanted to play and I didn’t spend enough time on Mayo. I would blame myself very strongly for allowing them to get that ten-point lead."

Gilroy has enjoyed watching the success of the footballers in the Jim Gavin era. 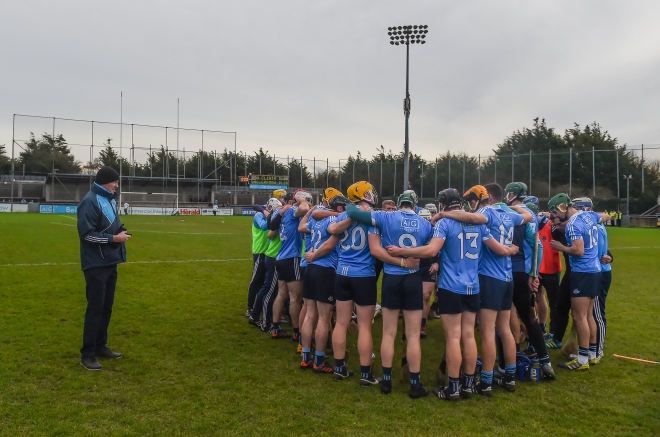 Following his time away from the football setup, Pat was again a surprise appointment to the Dublin senior hurling job in late 2017.

Pat admits: “I would’ve played hurling and football up until I was 21 with Vincent's. Probably as a kid, I would’ve preferred hurling to football.

“When I was asked would I be interested in it (the hurling job), I felt 'these guys really could just do with a bit of structure and a bit of organisation and they can go a long way'.

"There’s great talent amongst that group. I think they (hurlers) will go on and have success. As a county we should aspire to football and hurling success. I really look forward to the day both teams are successful in Croke Park.”

Watch back all episodes of The Hop Ball here.