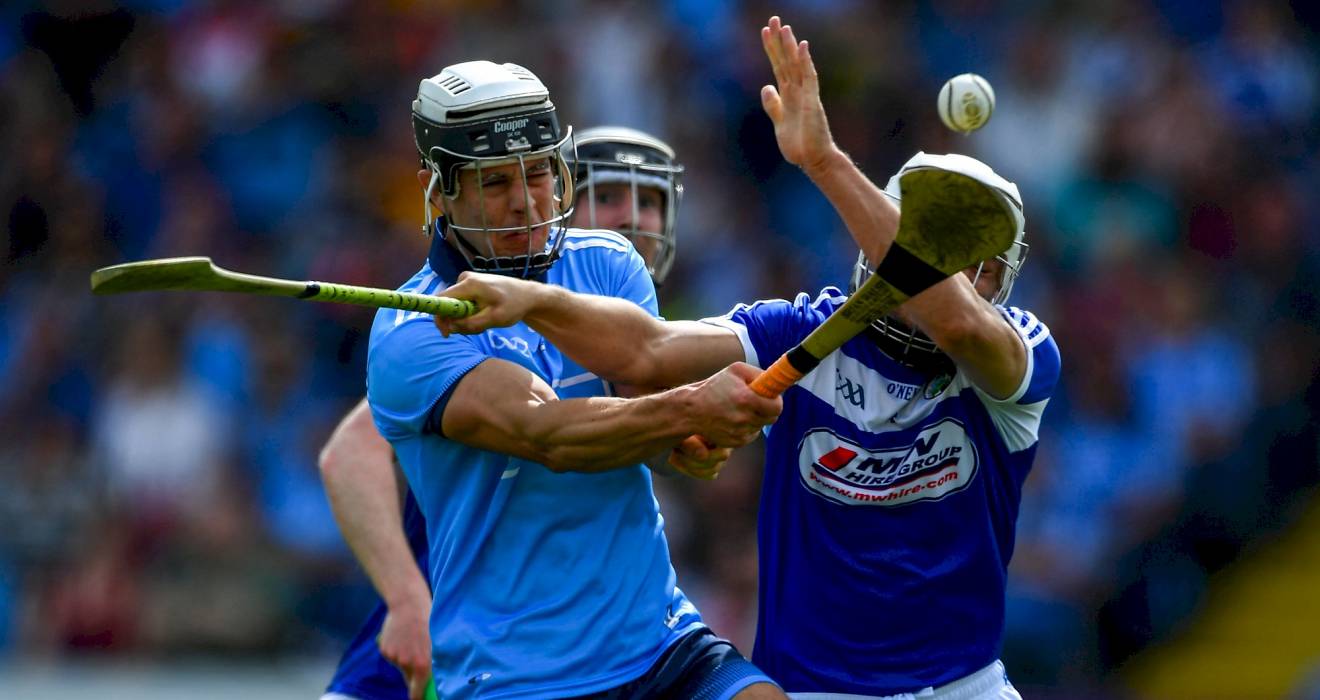 Dublin hurlers and Laois have been familiar sporting foes in recent times and they'll face-off once again when the Leinster SHC gets underway for them this Saturday in Croke Park (6.0, Live on Sky Sports Mix- available to all customers on both the Sky and Virgin Media platforms)

Mattie Kenny's men hit three goals in the opening 15 minutes of the second half, two of them coming inside a minute early on, to drive them to victory over the O'Moore County back in early February in Parnell Park.

Dublin held a three-point lead at the break, 1-11 to 1-8, and Laois closed them immediately on the restart with a Ciarán McEvoy point.

However, goals from Oisín O’Rorke and Davy Keogh in quick succession in the 37th minute put Dublin on the road to victory.

Fifteen minutes into the second half the influential Ronan Hayes grabbed Dublin’s fourth goal, following an athletic fetch, and when sub John Hetherton added a point, following a fine catch the home side were 4-13 to 1-12 clear.

They were never under threat thereafter despite the concession of a late goal to Willie Dunphy.

That game was not the only meeting this year between the counties as they also collided in a rescheduled Walsh Cup game in early January, also at the Donnycarney venue with the Dubs prevailing 1-28 to 0-17. 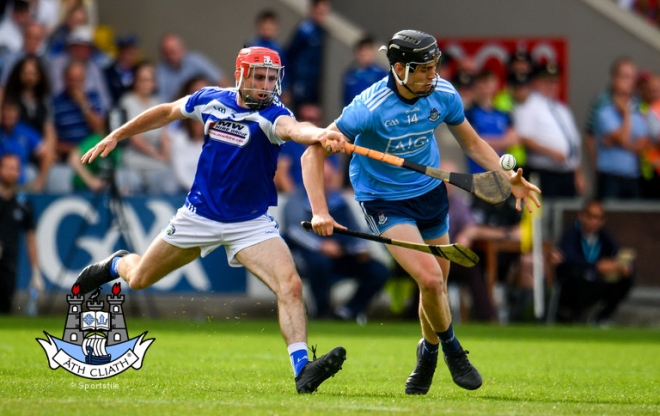 Dublin put in a strong last 15 minutes to secure what was the third victory of their Walsh Cup group stage to finish the group stage as winners following successes against Westmeath, Carlow and Laois and progressed to face Galway in the semi-final.

Mattie Kenny's men looked the better side overall but after leading 0-19 to 0-12 in the 46th minute they conceded three points in quick succession before finding their feet once again and advancing to victory.
John Hetherton got the only goal of the night when he rifled the sliotar to the net in the 61st minute as Dublin ran out comfortable winners with Alex O'Neill going close with another goal attempt three minutes from time.

.In the middle third Fergal Whitely, Riain McBride, Cian Boland and Tom Connolly, who finished with 0-5 from play overall, had Dublin on the front foot with Connolly firing over two points from play in the first half.

At the back Dublin were secure with Jake Malone, in particular, getting through a lot of work at wing-back.

Eamonn Dillon was very lively for Dublin in the inside forward line and grew more influential as the half progressed, he finished with three points from play but also won a lot of primary possession and combined well with his fellow attackers.

Dublin had to resist a determined Laois comeback, led by Ross King, during the second half but some good scores from Marc Howard, Davy Keogh and Tom Connolly settled Kenny's men again.

John Hetherton's goal, which came just after he had struck two points from play, put Dublin out of sight when he found the net after Lorcan McMullan had dropped a long delivery into the danger zone.

However, despite Dublin's two victories this year already against Laois the most significant game in recent years between the counties was last year's All-Ireland SHC preliminary quarter-final in O'Moore Park, Portlaoise when the hosts defeated the Dubs (1-22 to 0-23).

Dublin were coming off the high of overcoming Galway in Parnell Park in their previous game but the Joe McDonagh Cup winners were sitting in wait with a game-plan that worked to near perfection.

(Below video which was filmed last week with Chris Crummey)

Lennon did the job expertly and it was obvious from an early stage that Laois had done their work on how Dublin had unlocked the Galway defence.

The O'Moore County led from the start but Dublin did rally strongly in the second half to get level but crucially Laois lifted their game again with the long-range shooting keeping Dublin on the back foot.

Laois got a great start with the only goal of the game arriving in the ninth minute when Willie Dunphy didn't give up on a ball heading towards the endline and angled through on goal, Alan Nolan parried his effort but Aaron Dunphy was loitering and he batted the rebound to the net to give his side a 1-3 to 0-2 lead, Ronan Hayes doing well early on for Dublin.

Dublin didn't get too many sightings of goal but Eamonn Dillon did break through in the 28th minute but was denied by Laois keeper Enda Rowland at his near post.

The Dubs attack did not get their combination play going and Laois moved 1-12 to 0-8 ahead before Danny Sutcliffe began to work his way into the game and points from the St Jude's man and Conal Keaney reduced the deficit to 1-12 to 0-10 by the interval. 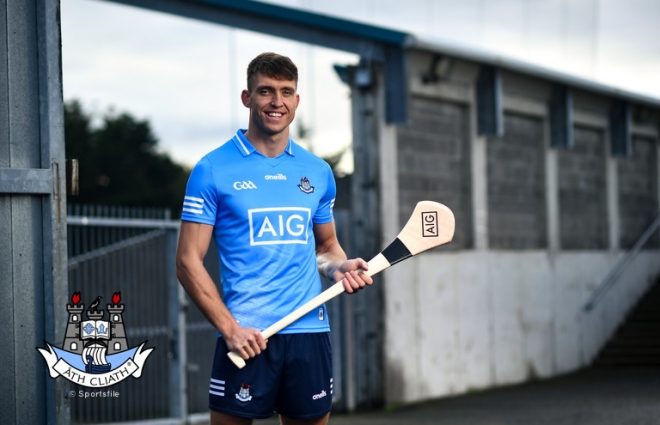 Dublin improved on the restart with the industrious Cian Boland hitting two points and Oisín O'Rorke adding a third.

The Dubs were coming stronger with O'Rorke firing over a free but vitally Aaron Dunphy and Mark Kavanagh replied for the home side and it was that ability to respond to every Dublin move by lifting their game again when needed which was crucial.

Dublin probably needed a goal to really ignite their charge for victory, Danny Sutcliffe went for the top corner from 20 metres but was denied by an athletic Enda Rowland full length save.

From the resulting '65' Oisin O'Rorke pointed and added two more converted free with Danny Sutcliffe flashing over a fine point to bring the sides level, 1-15 to 0-18, by the 55th minute.

But back came Laois again with their ability to find their man in space and strike well from range to push Dublin back.

The Dubs, who hit 16 wides overall, bombarded the Laois goal with aerial ball late on but it wasn't to be despite Laois being reduced to 14 players following the second yellow card dismissal of John Lennon.

Seán Moran had one late free for Dublin, it was at a difficult angle for a goal attempt and his high shot was parried over for a point and with it went Dublin's last chance of salvaging anything.

Looking ahead to Dublin's upcoming clash with Laois, Dublin captain Danny Sutcliffe said there is little to be gained by looking back in anger.

"You can’t be looking in the rear view mirror like that,” said Danny. “That is a distant memory now. We had a set of league games earlier in the year, we had one against Clare where we did not perform. We had a couple of positives against Wexford in Croke Park and it is just dissecting those performances collectively and individually. It is stuff that we are trying to correct.”

Dublin defender Eoghan O'Donnell missed out on last year's championship defeat to Laois owing to injury and like his team captain his focus is solely on the future.

“But it (last year) seems like a long time ago now, to be honest. This is a completely new season. It feels like nearly two seasons ago, because we had the league this year and then the break so it’s a brand-new start. We’re just looking forward to it and very happy to have a championship.”

The winners of Saturday's contest advances to play Kilkenny in the Leinster SHC semi-final on Saturday, October 31 in Croke Park (3.45).