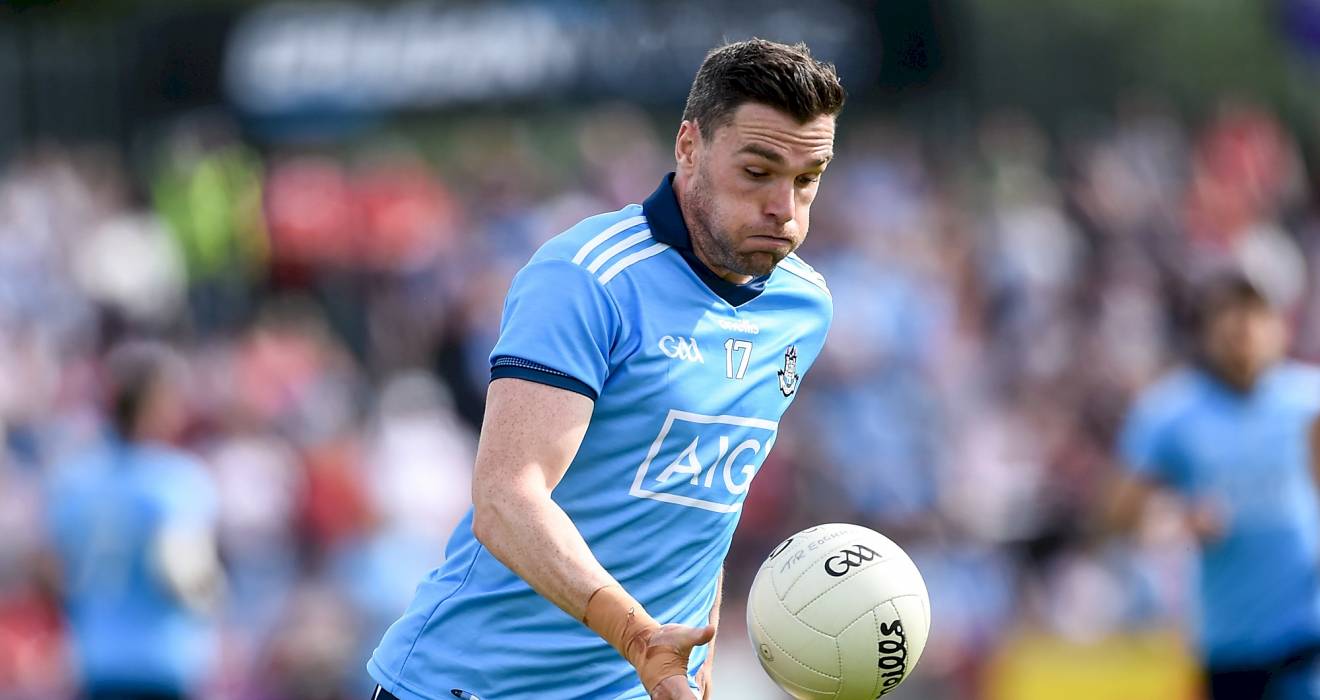 When playing for the biggest prize you expect biggest challenge: Paddy Andrews

Paddy Andrews says Dublin have had plenty to work on from their semi-final ahead of next Sunday's All-Ireland decider against Kerry in Croke Park (3.30).

The Dubs defeated Mayo last time out following an impressive scoring surge at the start of the second half while the Kingdom, likewise, improved for the second half in their semi-final victory over Tyrone.

"Little bit of work to be done, reviewing the Mayo challenge and what lessons we learned out of that but also respect what Kerry have done over the last number of weeks and throughout the Super 8s," says the St Brigid's clubman.

"It's going to be a huge challenge but that's what you expect at this stage of the season. So, exciting time to be involved but plenty of work to get through.

"The Mayo game was challenging in a number of aspects. You'd expect that from them, in the last number of years they've always been such tight games."

In that All-Ireland SFC semi-final the Dubs trailed by two points at the break, 0-6 to 0-8, but were rampant on the restart when hitting 2-6 without reply to run out winners.

Con O'Callaghan led from the front as his two brilliantly taken goals in the 37th and 46th minutes put Dublin totally in the driving seat before Brian Fenton's goal effectively sealed the deal.

"Certainly there is areas we need to improve on you could probably see that in the first half particularly," added Paddy.

"There is always things to pick up on and try to improve on. Look (ahead) to how we implement that against a real strong Kerry team.

"It's still exciting obviously. It is what you work for. It is a long season, it's a hard season but ultimately this is where you want to be at this stage.

"As a player it's where you want to be, to represent this group at any time is very special and we are very privileged to do that but to be able to do it in an All-Ireland final is obviously extra special.

"There is huge rivalry and tradition between Dublin and Kerry but with this particular team we expect some incredibly dangerous forwards. They have supplemented their more experienced players, who are playing really well, with some very exciting young players as well.

"And ultimately if you're playing for the biggest prize you expect to have the biggest challenge and that's certainly what Kerry are going to bring.

"If their forwards get hot and are moving well they can really hurt you. We've got to be prepared for that. We will. We'll do a lot of work on it, pay them respect as they are a special team and we know we are going to be up against it on the first (of September)."