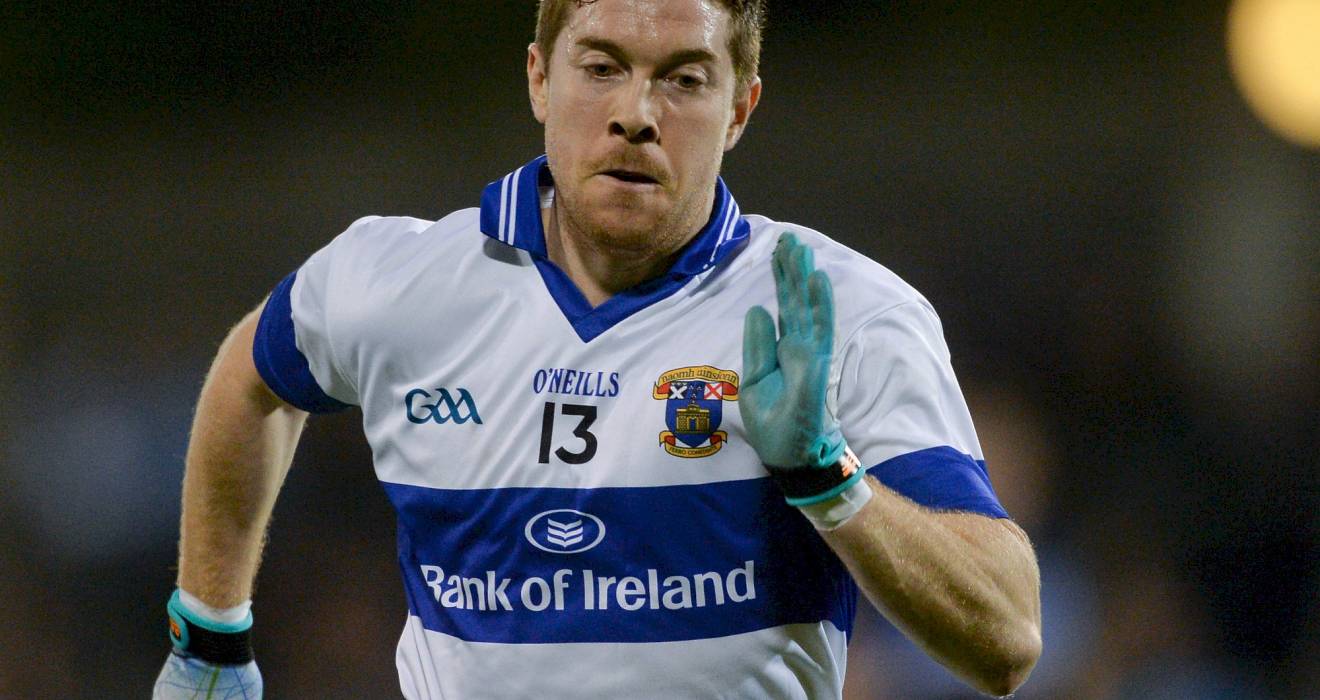 St Vincent’s moved up to second in the Adult Football League Division One table courtesy of a 2-20 to 1-11 triumph over Thomas Davis at Kiltipper Road last Saturday evening.

Coming hot on the heels of previous successes against Templeogue Synge Street, Naomh Maur and Lucan Sarsfields, this latest win places the Marino men within touching distance of a play-off spot. They secured top-tier league honours last year and will be in no mood to relinquish their crown in 2019.

In a tentative opening to the contest, Tomás Quinn and Adam Baxter pointed to give Vins some early leeway. Davis’ fired back with a superb team goal and it took a brace of Quinn scores to ensure the visitors brought a 0-7 to 1-3 cushion into the interval.

The left the tie delicately poised, especially when you consider Thomas Davis were looking to extend a seven-game unbeaten run in the league. They struggled to make an attacking impact in the second period, however, as Craig Wilson, Jarlath Curley and Michael Concarr all stood firm in the Vins defence.

Quinn maintained his potent threat in attack for the holders, who eventually put the game to bed in the closing 10 minutes. Ex-Mayo forward Enda Varley bagged a brace of goals for Vincent’s in this juncture - the second coming in the dying embers of the play.

Whilst Tony Diamond’s charges are currently a point in front of both Ballymun Kickhams and Na Fianna, they have also have a game more played than their northside rivals. Ballymun face St Jude’s on Wednesday evening at Páirc Ciceam, whereas Na Fianna have a tricky away showdown with Fingallians at the end of the month.

Kilmacud Crokes and Lucan Sarsfields remain in the mix, after both teams experienced contrasting fortunes over the weekend. At 12th Lock, Lucan Sarsfields recorded an impressive 2-11 to 1-11 victory at the expense of Ballinteer St John’s.

Without a win in their previous two league encounters, Crokes were aiming to overcome the challenge posed by Fingallians at Silver Park. It was all going according to plan for the southsiders during the opening period of their clash with the Swords outfit in Leopardstown.

When the half-time whistle was sounded, they held a commanding 0-7 to 0-2 cushion. Yet, with former Dublin footballer Paul Flynn in fine form, Fingallians turned matters around on the resumption.

Donal Keane’s 1-1 salvo aided their cause, while Jamie Cassidy also chipped in with a brace of points. David Killeen and Niall Tormey were also on target, but it was the dynamic Oisín Lynch who proved their scorer-in-chief on the night.

He amassed an outstanding haul of 1-5 over the hour and with Karl Connelly also exerting his influence, Fingallians finished with two points to spare (2-10 to 0-14).

This gives them a shot at avoiding relegation moving into that final league fixture against Na Fianna at Lawless Park. A difficult run had left Skerries Harps on the brink of potential demotion to Division Two.

However, they claimed a crucial victory over Templeogue Synge Street on July 27 and followed it up by claiming the scalp of Naomh Maur at Rush. Despite the concession of goal to Maur’s attacker Chris Carthy, Skerries led by the bare minimum - 0-8 to 1-4 - at the break.

Stephen Smith and Mark Boylan registered two points and former Sky Blues skipper Bryan Cullen had a goal-bound effort turned away by Maur’s custodian Mark Butterly. When the action resumed, Collie Daly, Smith and the excellent Killian McGinnis all found the range to give Skerries some much-needed breathing space.

Dublin U20 Ciarán Archer was becoming increasingly influential for the hosts, though, and he reduced their deficit to a single point moving into the closing moments of the action. Indeed, momentum appeared to be with Maur’s when a Butterly penalty save - off a Smith strike - preceded a goal for substitute Danny Byrne.

Nevertheless, a determined Skerries continued to persevere with their challenge. A Smith free levelled matters and Boylan was then on hand to fist home from close-range.

This was the catalyst for Harps to push forward and a stunning Smith major ensured they had five points to spare (2-14 to 2-9) in the end.

Jack Smith and Seán Rocks were prominent throughout for the victors, although the impressive scoring exploits of Stephen Smith (1-5), Boylan (1-2) and McGinnis (0-3) had a major say in deciding the final outcome.

It was a slightly less congested weekend than normal in AFL1, with a number of encounters set to be re-fixed in the coming weeks. Ballyboden St Enda’s remained idle, but have an unassailable lead at the summit of the table ahead of forthcoming clashes with Thomas Davis and St Brigid’s.