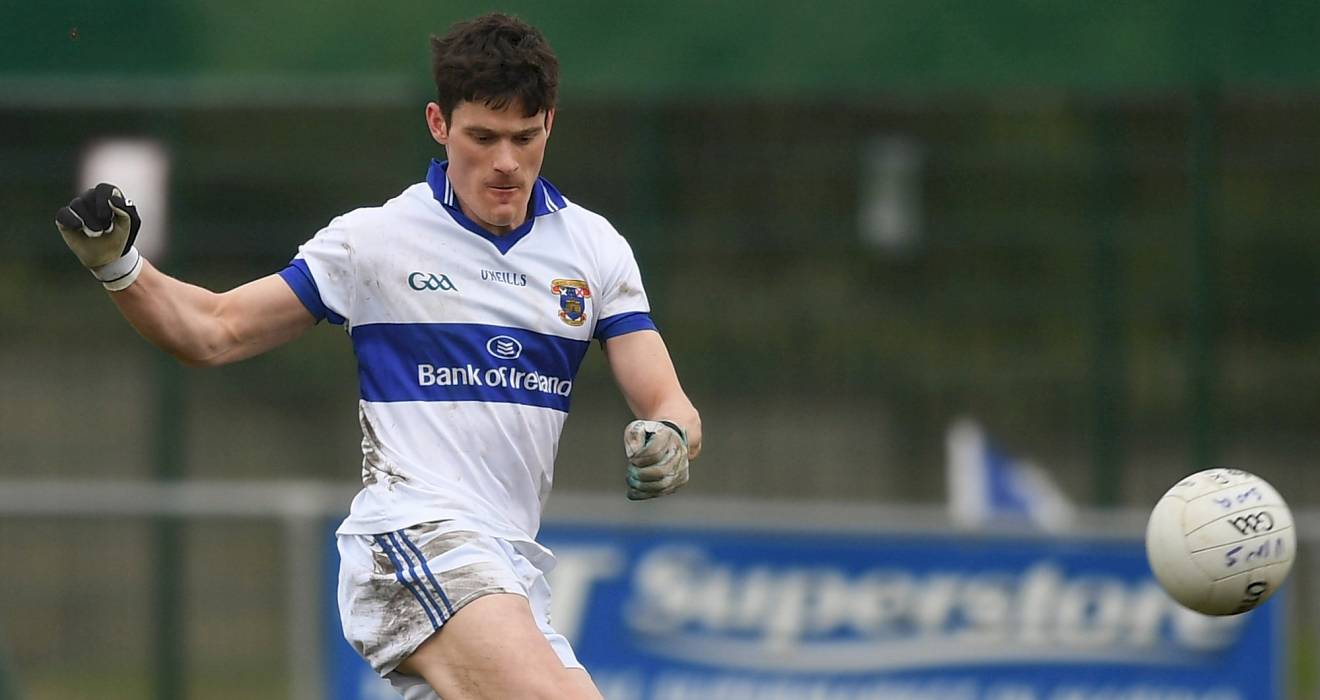 Kilmacud Crokes got the better of Skerries Harps at Townparks last Thursday evening to keep up the chase on Ballyboden St Enda’s at the summit of the Adult Football League Division One table.

This briefly closed the gap between the two southside rivals to just three points - before ‘Boden recorded a 2-12 to 1-10 triumph over St Oliver Plunkett’s/Eoghan Ruadh two days later. Defeats to Naomh Maur and St Vincent’s - either side of a convincing victory against Lucan Sarsfields - were significant blows for the Stillorgan men, but they have now registered back-to-back successes.

In the absence of several inter-county stars (both senior and U20), Crokes had a strong blend of youth and experience within their ranks. Teenager Conor Kilgallen appeared off the bench for the visitors and he was joined on the field by 47-year-old Robbie Leahy - an All-Ireland winner with Kilmacud in 1995.

While they were pushed all the way on the night by a Skerries side that have seven points to their name in the current campaign, Crokes eventually prevailed on a scoreline of 2-10 to 0-12. Heading into the latest round fixtures, St Jude’s occupied second-place in the league standings - just ahead of Kilmacud on score difference.

Their quest for a play-off spot hit a speed bump at Kiltipper Road on Wednesday evening, however, when they lost out to Thomas Davis (1-14 to 0-12). Following a difficult start to the season, Davis’ have eased their relegation concerns with a series of impressive results.

Jude’s now slip down to fifth in the table, after Lucan Sarsfields and Na Fianna had respective victories over Naomh Maur and Ballinteer St John’s. Former Dublin defender Stephen O’Shaughnessy was in fine scoring form in Lucan’s recent win at the expense of Templeogue Synge Street - amassing a personal haul of 2-3 as a substitute.

His latest goal on the stroke of half-time provided the hosts with a 2-10 to 1-7 buffer at 12th Lock and they remained in the ascendancy when the action resumed. Despite Maur’s continuing to dig deep, the Rush outfit ultimately fell to a six-point (3-18 to 3-12) reversal.

Na Fianna were pushed all the way at Marlay Park by Ballinteer, but squeezed through with a single point to spare (2-14 to 3-10), with Aaron Bradshaw hitting two goals for St John's. Elsewhere, Ballymun Kickhams made it three wins out of four with an accomplished display against Cuala at Hyde Park - 1-15 to 1-10 the final score in favour of Brendan Hackett’s charges.

The form of defending champions St Vincent’s has been mixed to date in the top-flight, but they were back to their best when facing Templeogue Synge Street at Santry Avenue. Mike Fitzpatrick’s TSS are still searching for their first win in the competition and they kept in contention during the early stages of the contest.

Luke O’Brien and Alex O’Toole were on target for Templeogue - ensuring they were a single point adrift on the first-quarter mark. Enda Varley created further daylight with a 0-2 salvo and his 28th-minute goal propelled the Marino side towards a 1-11 to 0-3 interval lead.

Eager to make amends for a difficult end to the opening period, TSS were much-improved on the resumption. With O’Brien, Eoin O’Donovan and Lorcan O’Dell prominent, they cut into the Vincent’s cushion.

Yet, thanks in no small part to the powerhouse midfield of Eamon Fennell and Nathan Mullins, Vins remained in control. Latching onto a Tomas Quinn pass, substitute Diarmuid Connolly unleashed an unstoppable shot to the back of the Templeogue net.

The five-time Celtic Cross winner was not finished there and Quinn released him up for another outstanding major on 58 minutes. Although O’Brien and O’Toole subsequently swapped scores with Varley and Quinn, Vincent’s eased to a 3-16 to 0-10 triumph.

Meanwhile, St Brigid’s held off a late Fingallians surge to claim a 1-18 to 3-9 success at Lawless Park. Courtesy of Philly Ryan, Lorcan McCarthy and Donal Timoney points, Brigid’s moved 0-5 to 0-1 in front with just 13 minutes gone on the clock.

Fingallians controlled the scoreboard for the remainder of the first half, though, with ex-Sky Blues star Paul Flynn to the fore. In a period that saw the Swords men hitting 2-4 without reply, the four-time All Star bagged 1-2.

However, the introduction of Sean Murray eventually curbed the influence of Flynn. On the restart, Ryan, McCarthy, Mal Tighe and Cathal Doyle raised white flags to get Brigid’s back in the groove.

A Niall Davey goal gave them additional leeway and even though Fingallians responded with a late three-pointer, it wasn’t enough to prevent their eighth league defeat of the year.