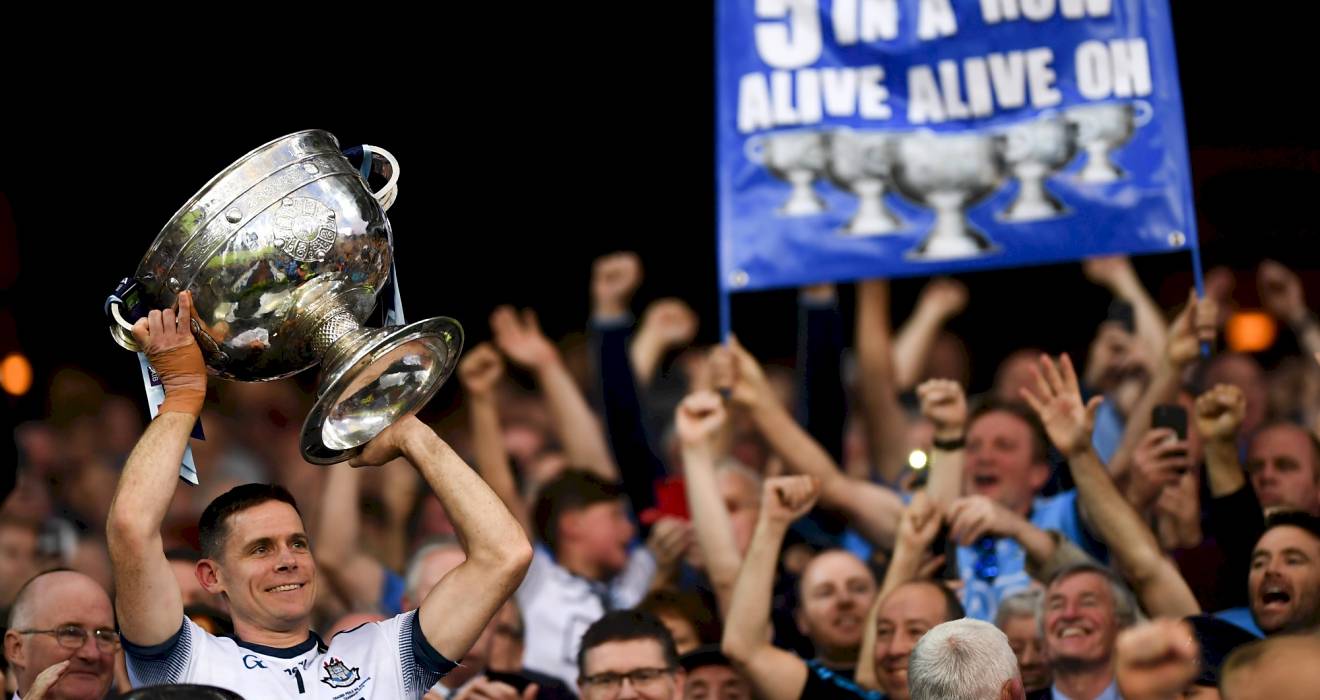 They say the team that learns the most from drawn encounters wins replays and the Dublin management team and squad certainly had their homework done and delivered massively in this gripping clash played in front of a full house of 82,300.

Dublin’s second half display was immense, Eoin Murchan’s incredible goal from the throw-in on the restart giving them a dream start.

The pocket rocket from Na Fianna made a huge contribution especially with his crucial goal when picking the breaking ball up low to the ground and accelerating at the heart of the Kerry defence, Kingdom midfielder David Moran was breathing down his neck but Murchan showed terrific presence of mind to steer the ball to the net with the outside of his right boot.

Dublin had heroes all over the park paving the way for Stephen Cluxton to lift the Sam Maguire for the sixth time as captain as Dublin brought their unbeaten championship run to 37 games, their last defeat coming against Donegal in the 2014 All-Ireland semi-final.

Forwards Ciarán Kilkenny, Con O’Callaghan and Paul Mannion all kicked four points from play on a night when all bar one of Dublin’s scores came from play, that a late successfully converted Dean Rock ‘45’.

There was significant improvements on all lines of the pitch for Dublin from the drawn encounter with James McCarthy, Jonny Cooper and Michael Fitzsimons covering massive yardage in the second half, both on and off the ball, as they inspired their team-mates to rise to the challenge.

The sides were level 0-10 to 0-10 at the break to lead by four points early on, Dublin having started at great speed but reeled in by the Kingdom as the half progressed.

Dublin lost two key defenders to injury - Eoin Murchan and Jack McCaffrey - but they didn't blink and showed the temperment of champions to drive on to glory.

Con O’Callaghan slotted the opening point of the game after just 17 seconds with Kilkenny and Mannion kicking two each as Dublin immediately settled to their task.

In the 11th minute Brian Ó Beaglaoich’s run and lay-off set up a goal chance for Paul Geaney that he blazed over.

From a situation that looked like Kilkenny would get a free 20 metres out Kerry counter-attacked for David Clifford to fire over.

In added time at the end of the firsthalf the Kingdom got on level terms when Paul Geaney kicked his third point from play.

What a restart Dublin made.

Murchan struck with his spellbinding run and finish and when O’Callaghan tagged on a point they were four clear again.

Kerry rallied with points from Clifford, Geaney and O’Shea cut to leave the minimum in it once again.

Diarmuid Connolly, introduced at half-time for the injury Jack McCaffrey, turned over Adrian Spillane and picked out Kilkenny with an incredible inch-perfect 50-metre ball and the Castleknock cluman, who had a hugely influential game, clipped his fourth point.

Dublin’s inspirational captain Cluxton saved Dublin in the 53rd minute when denying Stephen O’Brien after the burrowed his way though on goal.

The Dubs left the best til last coming with a brilliant last quarter when scoring five points and becoming champions once again.