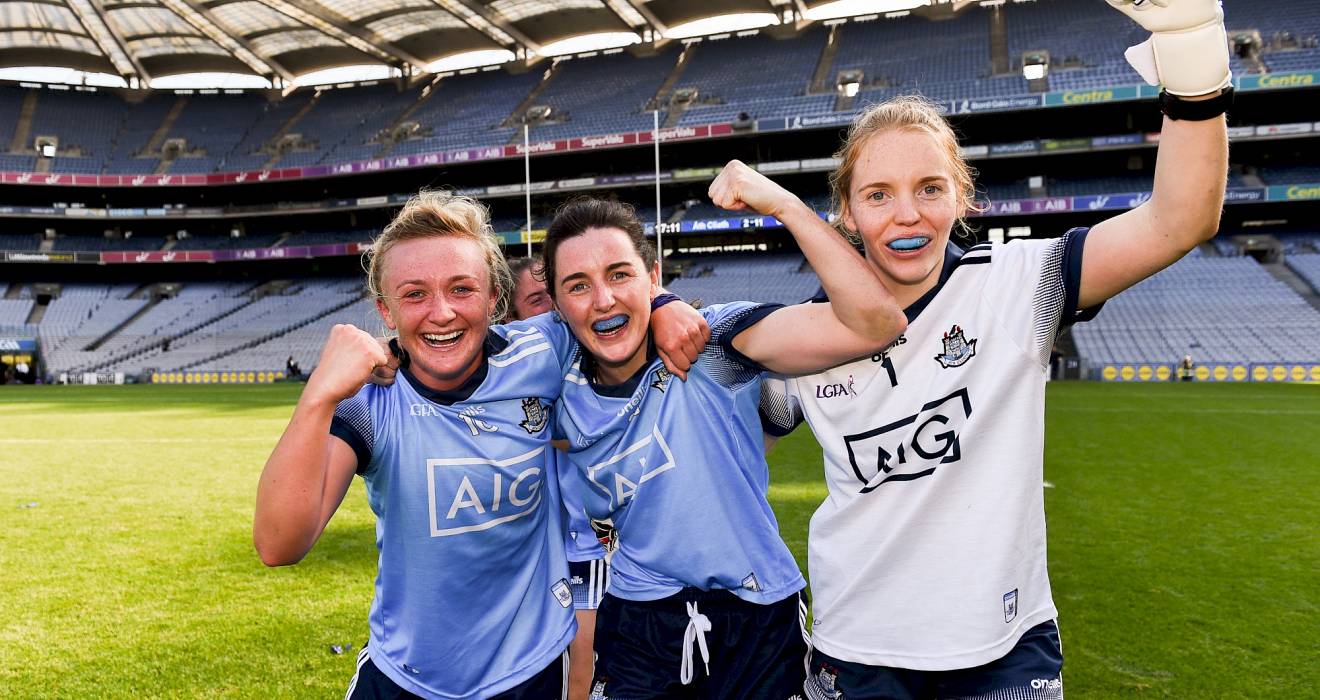 All-Ireland finals take on life of their own: Mick Bohan

Dublin ladies football manager, Mick Bohan, is hoping his side can stay on their winning streak as they prepare for Sunday's TG4 All-Ireland SFC final against Galway in Croke Park (4.0).

The Dubs are the champions of the past two years and are hoping to keep the Brendan Martin Cup in the capital following their semi-final victory over Cork at GAA headquarters.

“These few weeks, in my estimation in sport, are the best weeks of your life,” said Mick.

“And for the players involved, they are preparing to play in the biggest game of the year.

“It 'becomes a drug'. You want it, and you want it as often as you can get it. It’s the adrenaline.

“Winning the 2017 All-Ireland final was huge for us. But we hadn’t even left Croke Park and people were telling us ‘but you didn’t beat Cork’.

“I remember at the banquet that night, somebody approached me and said ‘you haven’t beaten Cork’.

“So to beat Cork in last year’s final, and again in this year’s semi-final, represents a big achievement for this group, especially after losing three successive finals to them.

“But if we don’t go on now and win the final, nobody will be talking about our semi-final victory.”

The Clontarf clubman knows that his team will have to produced their 'A game' against Galway, who defeated Connacht neighbours Mayo in their semi-final.

“Galway have a good tradition in the sport. And this particular Galway squad have been very successful at under-age level.

Dublin will play Galway in the All Ireland final on Sept 15th in Croke Park, 4pm.

Tickets are on sale from www.tickets.ie and the LGFA Office Croke Park, 01-8363156 / info@lgfa.ie & from select Centra/SuperValu Stores

Adult/Children €5.00 with group rate of min 1 adult and 10 juveniles purchased) only available from LGFA Office

Family ticket of two adults @ €25 each two Juveniles at €5.00 only available from LGFA Office

Children U3 will require a ticket which LGFA will provide FOC when you contact the office 01-8363156 or email info@lgfa.ie