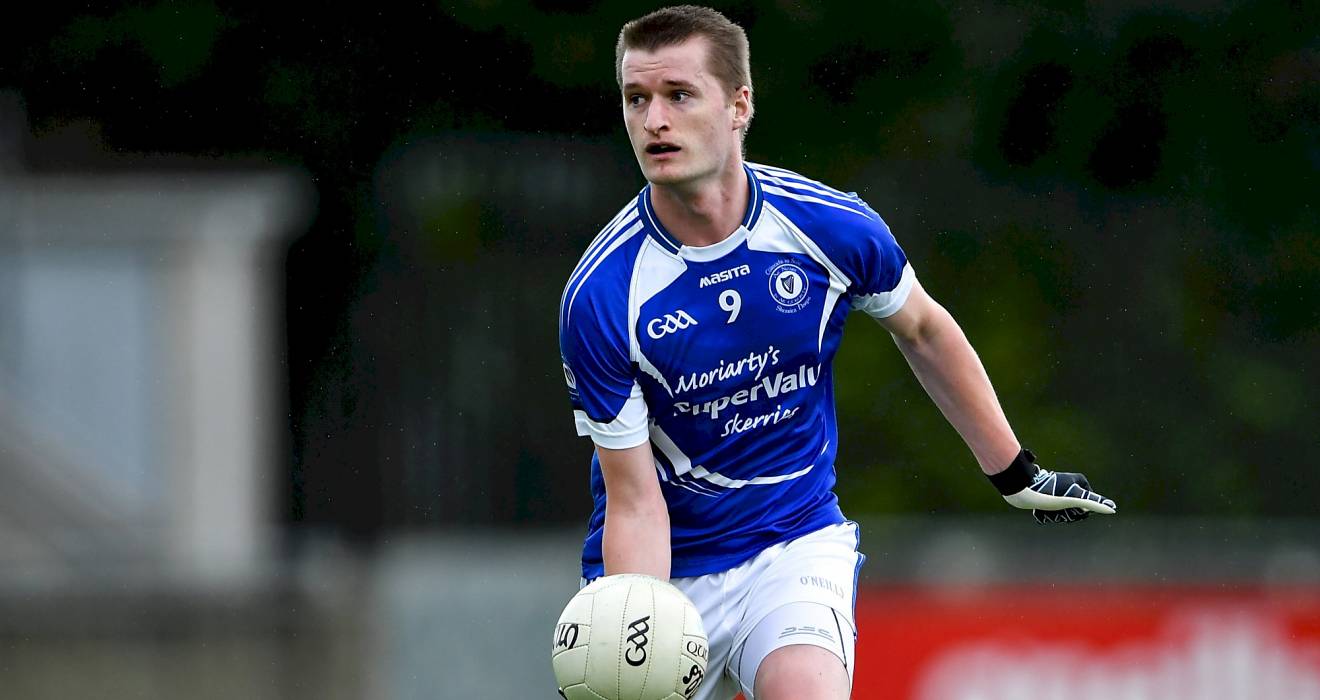 Deep in injury-time Kickhams' Fiach Andrews slotted a free to earn his side a 1-12 to 0-15 draw with the last kick of the contest.

Ballymun, for whom the Dublin contingent of Evan Comerford, Philly McMahon, John Small and Dean Rock did not feature while Paddy Small was introduced as a sub, led by a clear goal, 1-11 to 0-11, inside the last ten minutes but were pushed to the limit to earn a share of the spoils.

Points from Rob Delaney, Jack Smith, after combining well with his brother Stephen, and Delaney again with a free brought the sides level as the game ticked into added time.

Stephen Smith then showed good hands and footwork to engineer the space to put Harps ahead following good work by Harry Dawson.

Skerries might have sealed the deal when Adam Fearon cut through on goal but elected to go for goal with a point for the taking - his effort cannoned off the underside of the crossbar.

From the resulting counter-attack Paddy Small was fouled about 35 metres out and Fiach Andrews held his nerve to slot the equaliser.

It was so nearly Skerries night as they also had two other goal-scoring opportunities in the second half.

In the 40th minute Seán Rocks' goal attempt was parried out for a '45' by Ballymun keeper Seán Currie and then five minutes later Robbie Clinton pierced the Mun cover but his shot was brilliantly blocked down by Eoin Dolan, with James McCarthy on hand to tidy up the breaking ball.

Skerries, with Stephen Smith inspirational when kicking four of his five points from play, were the better side in the opening half and took a 0-9 to 0-6 lead into the half-time break.

However, a purposeful run and point from Dean Robertson saw Kickhams cut the deficit on the restart before a good strike from Adam Fearon gave Skerries back the three-point cushion.

In the 36th minute came the only goal of the contest when Cameron McCormack was on hand to bat a rebound from an Eamon Hill shot to the Harps net.

Before the three-quarter mark Killian McGinnis and Andrew McCaul had exchanged points to see the sides level, 1-8 to 0-11, at the second water stoppage.

In the opening half Ballymun kicked the opening two scores through Jason Whelan and Fiach Andrews but three points from Stephen Smith as well as scores from Adam Fearon and Killian McGinnis had Harps 0-5 to 0-3 up by the first break.

With Donal Cotter doing well around midfield and Eoghan McGinley leading a tigerish defence Skerries were 0-9 to 0-6 clear by half-time and had been up 0-9 to 0-4 after 26 minutes when Stephen Smith kicked his fourth point.

By the half-time interval points from Fiach Andrews and Dillon Keating cut the gap to three points.