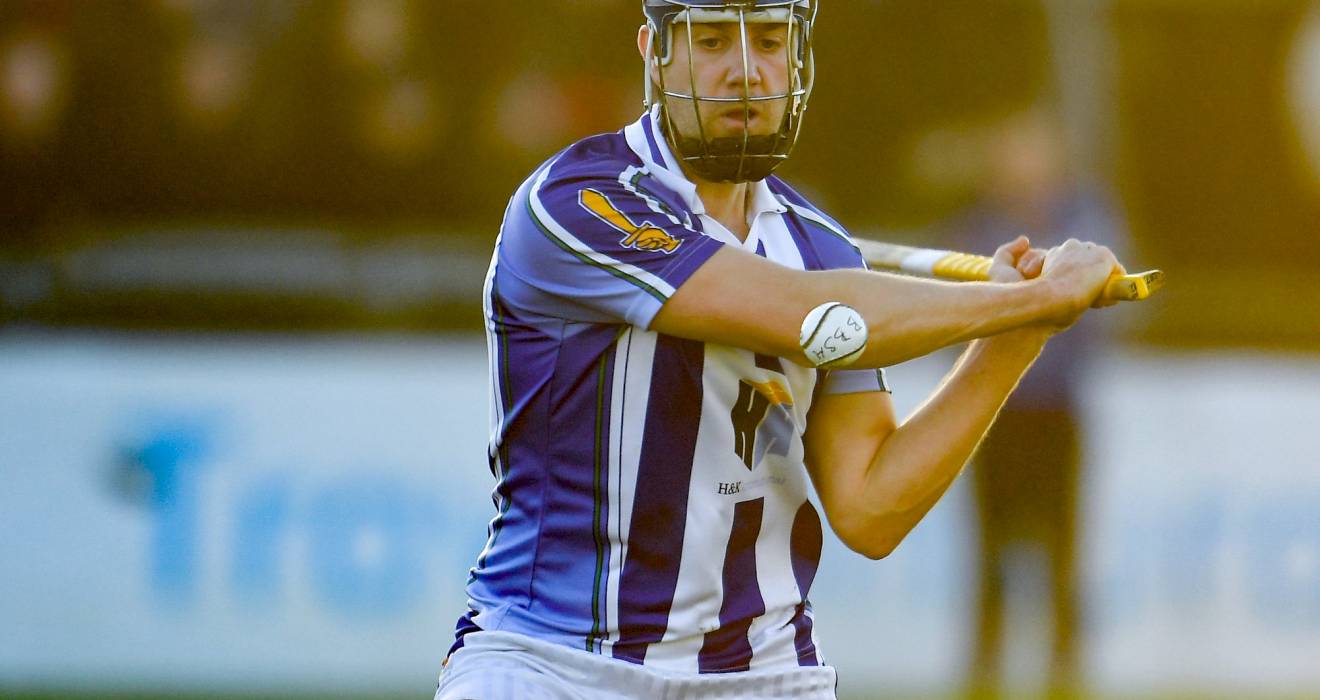 Ballyboden St Enda’s rounded off their Adult Hurling League Division One regular season campaign in style at Collins Avenue on Sunday morning by securing a convincing victory over Whitehall Colmcille.

Despite already having qualified for the forthcoming top-flight decider, the defending champions extended their unbeaten run to 11 games in another accomplished display. A total of 10 players worked their way onto the scoresheet - with the inside line of Paul Ryan, Luke McDwyer and Aidan Mellett registering a combined tally of 5-8.

Sean Gray (1-8), Patrick Spellacy (1-1) and Eoghan O’Donnell (0-3) led the way for Whitehall, who were in touching distance for large spells of the opening period. ‘Boden remained in the driving seat throughout, however, and appear in fine condition for the imminent resumption of the Dublin Senior Hurling Championship.

A number of regulars were absent for ‘Boden on the day, albeit they were still able to call on the big-time experience of Gary Maguire, Simon Lambert, Niall McMorrow, Paul Ryan and substitute Shane Durkin.

The northside outfit were aiming to hit the ground running on home soil, but it was the visitors instead who made a whirlwind start to the action. After midfielder James Roche raised a white flag straight from the throw-in, Mellett equalled his effort with a neat score on the turn.

Mellett was a livewire presence for Joe Fortune’s charges and he rattled the net in the third-minute to give his side an early five-point lead. Their momentum was finally interrupted by Sean Gray’s pointed free, though this only served as a temporary respite.

Paul Ryan found the net at a tight left-hand angle, before McMorrow and Madden split the posts with long-distance strikes. It was already looking quite ominous for Whitehall, even allowing for Gray frees either side of Niall Ryan’s first point of the tie.

The two number 12s traded scores as the play progressed and ‘Boden remained in control. Yet, Whitehall subsequently forced their way into the reckoning courtesy of a superb major on 12 minutes.

Niall O’Connor was switched to the edge of the square for this encounter, enabling O’Donnell to occupy a midfield role. It was O’Connor's telling pass that picked out Patrick Spellacy in front of goal and he fired beyond Maguire’s reach with considerable aplomb.

O’Donnell narrow the gap to four with an excellent point, only for ‘Boden to bag a third goal through Mellett (his second) on the stroke of 15 minutes. Niall Ryan also bolstered his personal tally but in an half that was open and free-flowing, Whitehall fired back with another three-pointer of their own.

Mikey Noonan was the provider on this occasion - his incisive delivery batted to the net by the raiding Lee Gannon. ‘Boden attempted to restore calm with Simon Lambert and Paul Ryan singles, but Whitehall once again showcased their admirable perseverance.

Gray expertly drilled a 24th-minute penalty to the opposition net, reducing the gap to three points (3-9 to 3-6) in the process. They were now playing with supreme confidence in attack, in spite of McMorrow and Paul Ryan’s continued excellence at the opposite end.

O’Donnell was revelling in a more advanced position and his third point complimented contributions from Spellacy and O’Connor. Nevertheless, ‘Boden re-discovered a more familiar rhythm just in time for the interval.

Thanks to unanswered scores by Lambert and Paul Ryan (two), they brought a 3-14 to 3-9 cushion into the dressing rooms. Whitehall still had a live chance of success on the restart and even though Finn McGarry found the target for ‘Boden, Gray (free) and O’Connor did likewise for the hosts.

However, this was close as they came to St Enda’s in the second half. In a 12-minute spell, the league leaders amassed 1-8 without reply to effectively placed the outcome beyond any doubt. Durkin (a half-time replacement for Luke Corcoran), McMorrow and McGarry all claimed points, preceding an outstanding Luke McDwyer goal on 36 minutes.

A Simon Lambert score was squeezed in between a brace of Paul Ryan frees, while McMorrow and Niall Ryan also enhanced their individual hauls in this juncture. When Whitehall finally ended their barren spell in front of the posts, it was ace marksman Gray who was to the fore.

He posted three frees in quick succession to offer Colmcille’s some form of solace. This was before they lost Noonan to a straight red-card with just 10 minutes remaining on the clock.

‘Boden used their numerical advantage to telling effect, McDwyer joining Mellett in scoring two goals with a precise close-range finish. Gray increased his final tally with another free, which served as a direct response to a Mark Lambert point.

Ballyboden were determined to have the final say, though, and they managed to do just that with Niall Ryan and McMorrow stoppage-time points.