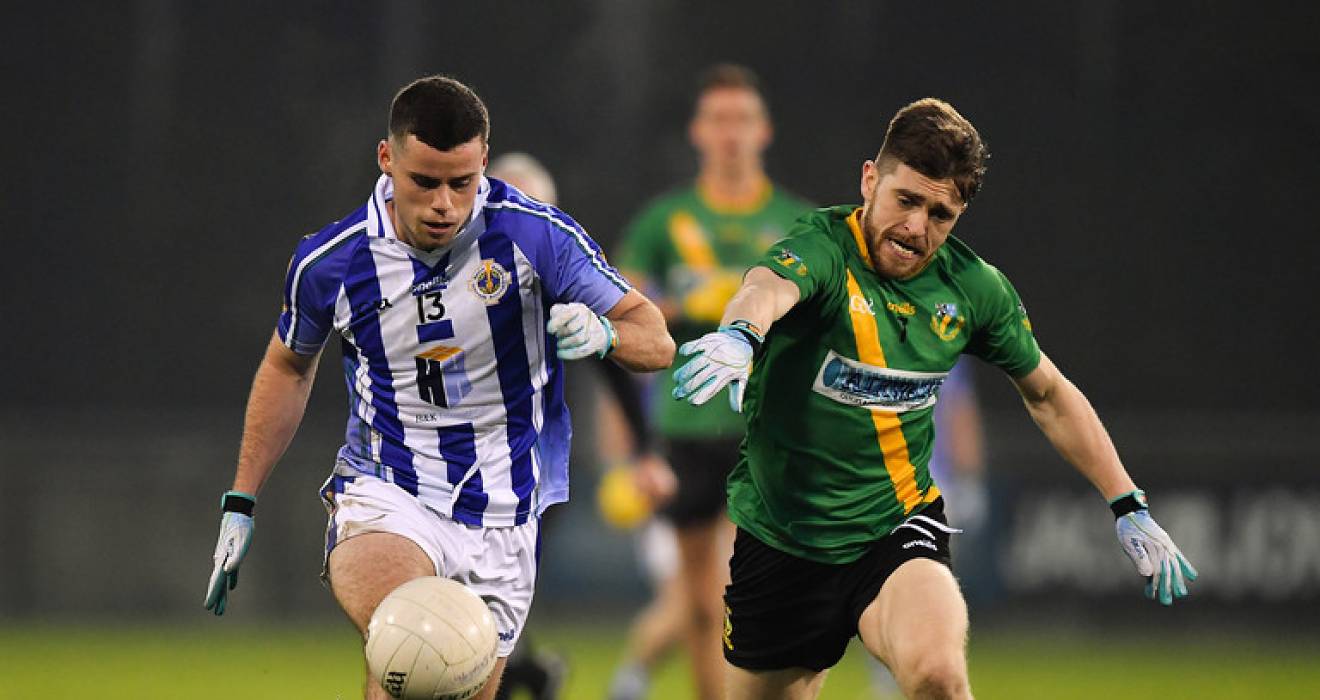 Ballyboden St Enda's captured the Dublin SFC for the fourth time in their history when defeating Thomas Davis, 0-15 to 0-9, in the SFC1 decider at Parnell Park last Sunday.

During those six SFC1 contests Ballyboden St Enda's scored 8-90 and conceded 3-59, the goals they conceded were scored by Lucan's Brian Collopy in their second game of the round-robin section in Group 2, by Na Fianna's Karl Deeley in their epic quarter-final which went to extra-time and St Jude's Chris Guckian in the semi-final. 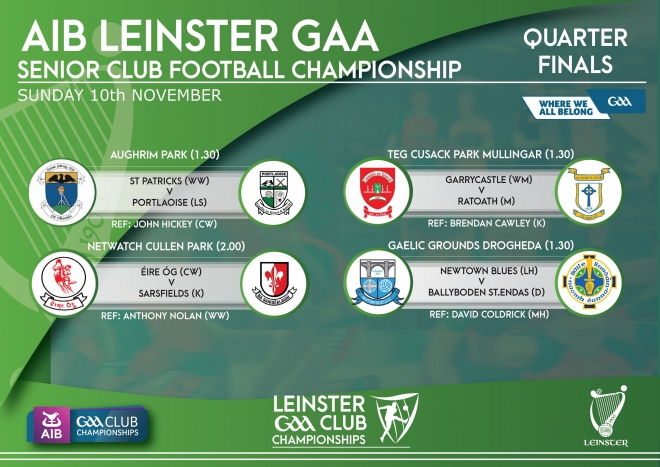 St Vincent's were Dublin's last Leinster champions in 2016 with the Marino club losing to Wicklow's Rathnew (1-13 to 1-9) in a Leinster quarter-final in 2017 while Kilmacud Crokes were defeated by Longford's Mullinalaghta (2-13 to 2-7) in last year's provincial final.

Boden, managed by legendary former Kildare footballer Anthony Rainbow, opened their SFC1 Group 2 campaign against Clontarf back on Saturday, April 13 in O'Toole Park, it proved to be a very tricky test for his side.

Clontarf, with Kevin Lillis in particular to the fore, made much of the running and led by four points early in the second half before being reeled in and edged out over the closing minutes.

Lillis finished with six points in total as Clontarf, for whom Jack McCaffrey returned to action, led 0-7 to 0-4 at the break before Lillis pointed to extend the gap to four early in the second half against a Boden team minus the injured Collie Basquel.

Through the accuracy of Ross McGarry, who tallied 0-4, and Ryan Basquel 'Boden got back into contention before Basquel converted his fourth free of the contest in added time to break Tarf hearts.

Next up was a clash with Lucan Sarsfields, it proved far more straight-forward.

Monastery Road, Clondalkin was the venure for their clash on Wednesday, April 25 with Boden emerging victorious, 1-19 to 1-9.

Ballyboden St Enda's put in a strong second half to defeat Lucan after leading by just two points, 0-9 to 0-7, at the break but inspired by the likes of Ryan Basquel, Ross McGarry and Warren Egan they ran out comfortable winners.

Brian Collopy hit a Lucan goal with 15 minutes remaining but Boden quickly replied with a three-pointer of their own from Tom Hayes.

Before the finish Darragh Gogan saved a penalty when denying Brendan Gallagher from the spot as the eventual champions went on to prevail by ten points. 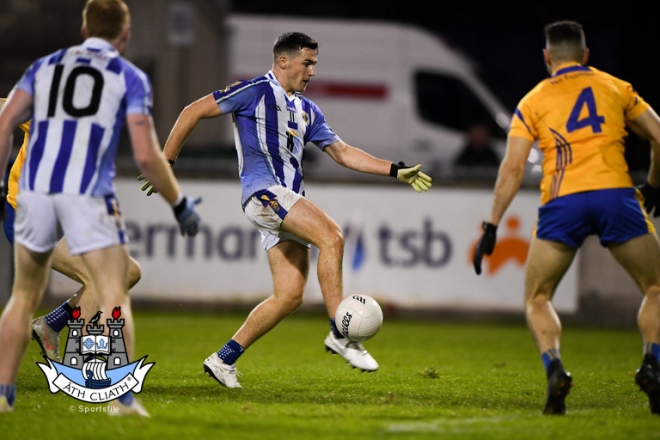 St Enda's completed their Group 2 campaign with a 100 per cent record when outclassing Skerries Harps, 2-20 to 1-6, in their meeting of Saturday, September 28 in Parnell Park.

After leading by eight points at the break Ballyboden kicked six points in-a-row on the restart to move 1-14 to 0-3 clear and the result was never in doubt despite having Alan Flood dismissed with a little over ten minutes remaining.

Boden’s second goal arrived in the 48th minute when Ryan Basquel put the finish on a counter-attack move that started with a loose ball out of defence by Skerries Harps.

Colm Basquel did the hard running before offloading to Darren O'Reilly who played possession onto Warren Egan who placed Ryan Basquel who slide the ball to the net past Alan Cullinan.

Boden led 1-8 to 0-3 at the break the goal coming in the 25th minute when Aran Waters drove forward with purpose before playing a one-two with an unmarked Darren O’Reilly, close to the Skerries goal, before rifling to the roof of Alan Cullinan’s net.

Ballyboden started on the front foot with points from Darren O’Reilly, Colm Basquel (free), Warren Egan and Ross McGarry on target to lead 0-4 to 0-0 inside five minutes.

Boden's fourth game was arguably the 'game of the championship' when they eventually saw off Dessie Farrell's Na Fianna, 3-15 to 1-15, after extra-time on Saturday, October 12 in Parnell Park.

Colm Basquel was Ballyboden St Enda's hat-trick hero with the talented forward kicking all of Boden's extra-time scores, 2-1 from play, after the southsiders rescued the game in the final moments of normal time to force extra-time.

The first of those crucial goals came in the fifth minute of the second period when he found the corner of David O'Hanlon's net after sub Tom Hayes cleverly batted the ball into his path.

It was Basquel's 57th minute goal that helped ensure extra-time before his two goals in the second period of extra-time saw Boden seal the deal.

In added time in the first period of extra-time Na Fianna looked sure to goal but James Doran’s effort was brilliantly blocked by Dublin senor panelist Robbie McDaid.

Na Fianna were in the driving seat following Killian Deely’s 52nd minute goal which pushed them 1-13 to 0-12 clear.

The former Dublin U21 drilled to the net following good play between Aaron Byrne and Glen O’Reilly and they looked set to add the Boden scalp to that of Ballymun Kickhams, whom the St Mobhi Road side had defeated in their concluding round-robin clash.

Then three minutes from time Colm Basquel fired to the net from close range and five minutes into added time 'keeper Darragh Gogan converted a ‘45’ to snatch a draw for Boden from the jaws of defeat.

In the final seconds of the half Conor McHugh was sent off, on second yellow card offence, while Declan O’Mahony, got a yellow.

After an entertaining and very competitive opening 30-plus minutes Na Fianna held a 0-8 to 0-6 lead at half-time of normal time.

The impressive Conor McHugh had accounted for four of those points (including one free) as both forward lines looked dangerous at times. 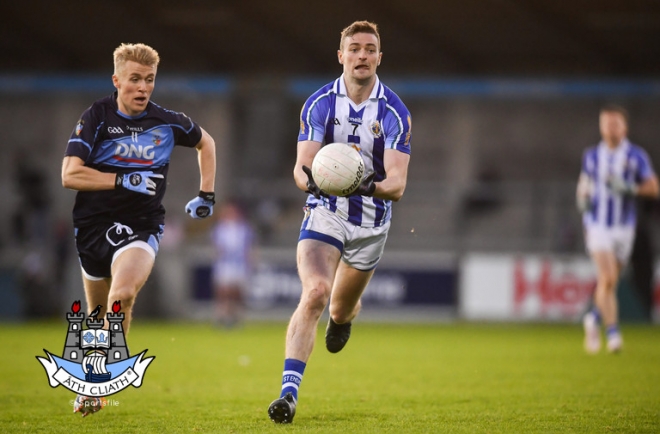 That same 'never-day-die' attitude was evident in Ballyboden St Enda's SFC1 semi-final victory (2-10 to 1-10) over St Jude's in Parnell Park on Saturday, October 26.

Rainbow's men came with a storming finish to progress to the final against Thomas Davis for the opportunity to secure the Clery Cup.

Jude’s, having played with the wind advantage, had a six-point lead at half-time but Boden improved massively in the second period to run out winners by a clear goal.

St Jude’s could only muster two points in the second half as Boden took control and with Colm Basquel finding his form the Firhouse Road men dominated the conclusion of the second half.

Points form Declan O’Mahony, Darren O’Reilly, and two Colm Basquel frees made it 1-9 to 1-7, Jude’s leading, with 15 minutes to play.

Despite Niall Coakley stalling Boden's scoring sequence with a free Colm Basquel hit 1-2 before the finish, with his older brother Ryan kicking the other to see the Firhouse Road outfit to victory.

The goal arrived in the 55th minute when Jude’s lost possession and slick interplay between Michael Darragh Macauley and Colm Basquel concluded with the Boden forward finding the roof of the net.

Colm Basquel followed this up with a beauty of a point off his left before Ryan Basquel finished the job off in similar style to how they had comeback from in arrears in their quarter-final against Na Fianna.

St Jude’s dictated the terms and conditions of the opening half and held a 1-8 to 1-2 half-time lead. Their work-rate and game-plan was impressive with angled ball into the right corner-forward position early on putting Boden on the back foot.

Chris Guckian’s link play and driving runs from deep were another source of joy for Jude’s as he rifled a third minute goal to Darragh Gogan’s net to give his side a 1-1 to 0-0 lead after Kevin McManamon had opened his side’s account with a fine point after just 14 seconds.

Ross McGarry got St Enda’s up and running with a well struck shot in the sixth minute before Niall Coakley pushed Jude’s lead out to four points again.

Boden’s Darren O’Reilly had a sighting of goal but his attempt was well blocked out for a ‘45’ by Ciarán Fitzpatrick which keeper Gogan failed to convert.

However, in the ninth minute O’Reilly made no mistake with a clinical finish to the Jude’s net past Paul Copeland following a quick-thinking free from Ryan Basquel.

From then though until the interval Jude’s held the upperhand and their defending in numbers down the centre and pressure on the ball-carriers saw Boden cough up possession on a few occasions.

Points from Tom Devlin and Pádraic Clarke (free) made it 1-14 to 1-1 before Boden’s Ross McGarry pulled a shot well wide from close range.

Jude’s concluded the half with four unanswered points – Kevin McManamon converted a free from 50 metres following a foul on Chris Guckian, Tom Devlin made it 1-6 to 1-2 before Devlin added another (his third) as Jude's extended their lead to six points after they successfully pressurised Boden’s kickout.

It was to be 'a game to two halves' as Boden took over in the second period to book their berth in the county decider.

The Firhouse Road side's greater physicality, aerial prowess and big-game nous saw them secure the Clery Cup with Ross McGarry's four points from play, three in the second half, crucial in their victory.

Boden led 0-7 to 0-2 at the break, including one superb long-range score from the impressive Ryan Basquel, but Thomas Davis hit the opening two points of the second period with Eoin Kirby (free) and Shane McGrath on target.

However, St Enda's attacked the game after that with Aran Waters' aerial power hemming Davis in off their off kickout to put his side in a winning postion.

Boden started well with scores from Colm Basquel (free), who was involved with a attritional head-to-head with the impressive Cian Murphy throughout, his brother Ryan (free), a brilliant Declan O'Mahony score and Ryan Basquel (free) again to move 0-4 to 0-0 clear by the 15th minute.

Davis had one brief sighting on goal when Ciarán Farrelly plucked a long ball but was immediately turned over in the act of shooting in the 11th minute.

By the break Thomas Davis had only managed one score from play, Davy Keogh's excellently struck 22nd minute point, to add to Ryan Deegan's 19th minute converted free as Ballyboden led 0-7 to 0-2.

Before the midpoint of the second half Boden made their press for glory and took over control of the game around the middle third.

In the nature of the game it was a significant lead unless they conceded a goal which never materialised as Boden remain unbeaten in AFL1 (14 wins, one draw) and SFC1 this year (six games).

“It’s great, a brilliant feeling,” said victorious manager Anthony Rainbow. “Any championship you win is an incredible feeling but to do it with this bunch of players ... we’ve been through a lot over the last two years in terms of training and getting guys right and it’s been an incredible journey for me and the players.” 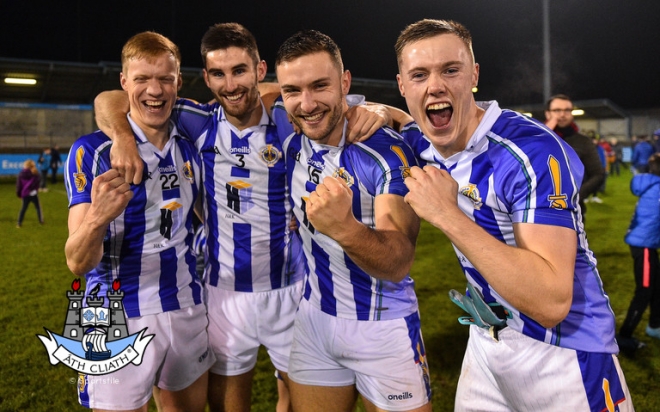