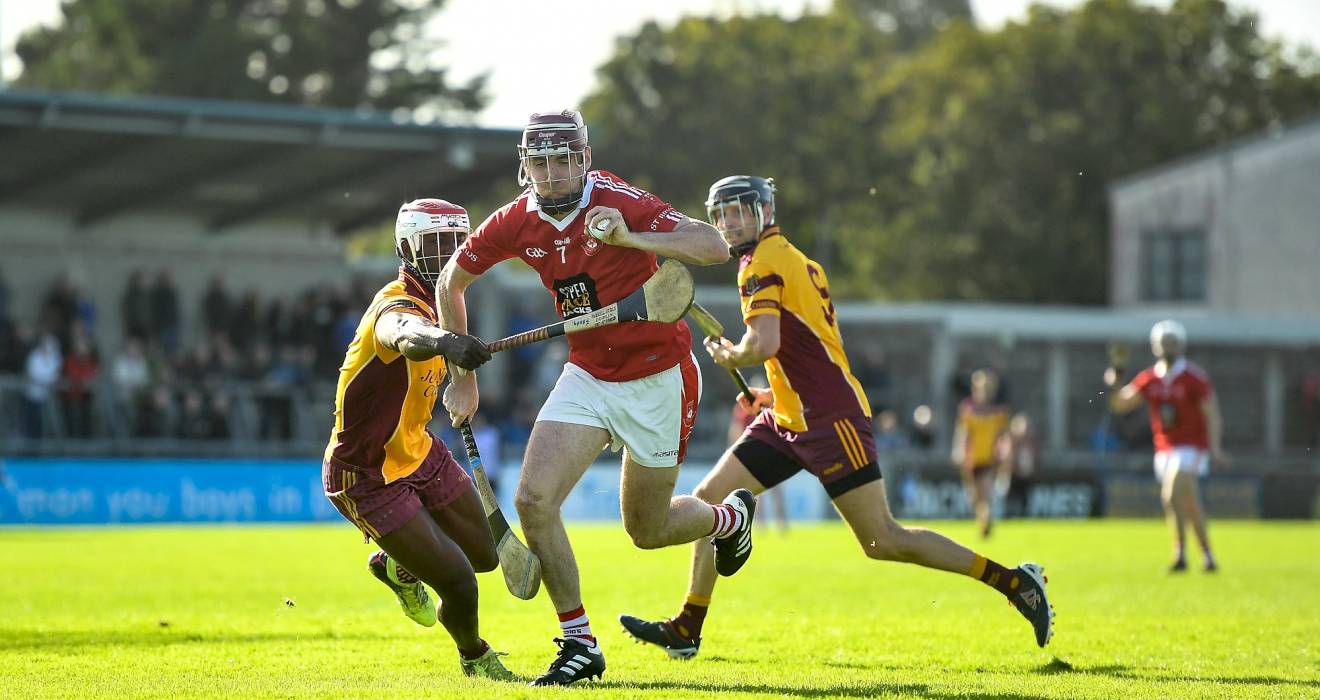 St Brigid’s booked their spot in the Dublin SHC ‘A’ final following this deserved seven-point victory over Craobh Chiaráin in Sunday’s semi-final at Parnell Park.

The Russell Park outfit have never won the SHC title and last competed in a decider in 2003, when beaten by Sunday’s opponents.

With wind advantage Brigid’s put themselves in a winning position by half-time when leading 2-8 to 0-6 both goals coming in quick succession in the opening half.

Cian O’Sullivan hit the first goal in the 13th minute when he came onto a long diagonal delivery into the right corner-forward position, he still had plenty to do but showed great power and pace to get past Eugene Farrell and Seán Finnegan before angling an unstoppable shot to the roof of Stephen Chester’s net.

Five minute later O’Sullivan muscled onto a breaking ball after Damien O’Reilly had lost his footing, Johnny McGuirk tidied up possession before unselfishly handpassing across the small square to Paul Winters who applied the finish and give his side a 2-2 to 0-2 lead.

Points from Winters, a free following a foul on McGuirk, and O’Sullivan, following good work between Cathal Doyle and the pacey Eoghan Dunne, extended Brigid’s lead.

When Kevin Callaghan pointed from long range the Dublin 15 men were 2-5 to 0-2 clear.

Craobh though battled back with points from Gary Kelly, showing good footwork to create the opportunity, and two Cian Derwin frees.

Derwin added two further frees before the interval but Brigid’s, through Daire Plunkett with a superb score, and two Winters frees were 2-8 to 0-6 clear.

Craobh had to press on in the second period and that allowed the Brigid’s forwards a bit more space in the second half and the likes of Johnny McGuirk and O’Sullivan prospered.

"The couple of goals in the first half gave us a bit of a cushion and we were able to drive on in the second half"@StBrigidsGAA manager Johnny McGuirk speaks to #DubsTV after his side reached the #DSHCA Final, with victory over Craobh Chiarain this afternoon pic.twitter.com/IMmDXbnj3T

Chiaráins were reduced to 14 men in the 53rd minute when Eugene Farrell was shown a second yellow by ref Sean Stack.

However, Brigid’s keeper Alan Nolan had to be at his best to deny James Finn from close range with five minutes remaining.

The energetic Eoghan Dunne also had a goal opportunity as the game moved into added-time but was denied by the crossbar.

There was a late consolation goal from Craobh in the second minute of injury-time when Derwin’s free from inside his own half on the standside made it all the way to the net after keeper Alan Nolan misjudged the flight.

It was too little too late with McGuirk completing the scoring with a late free following a foul on Dunne.