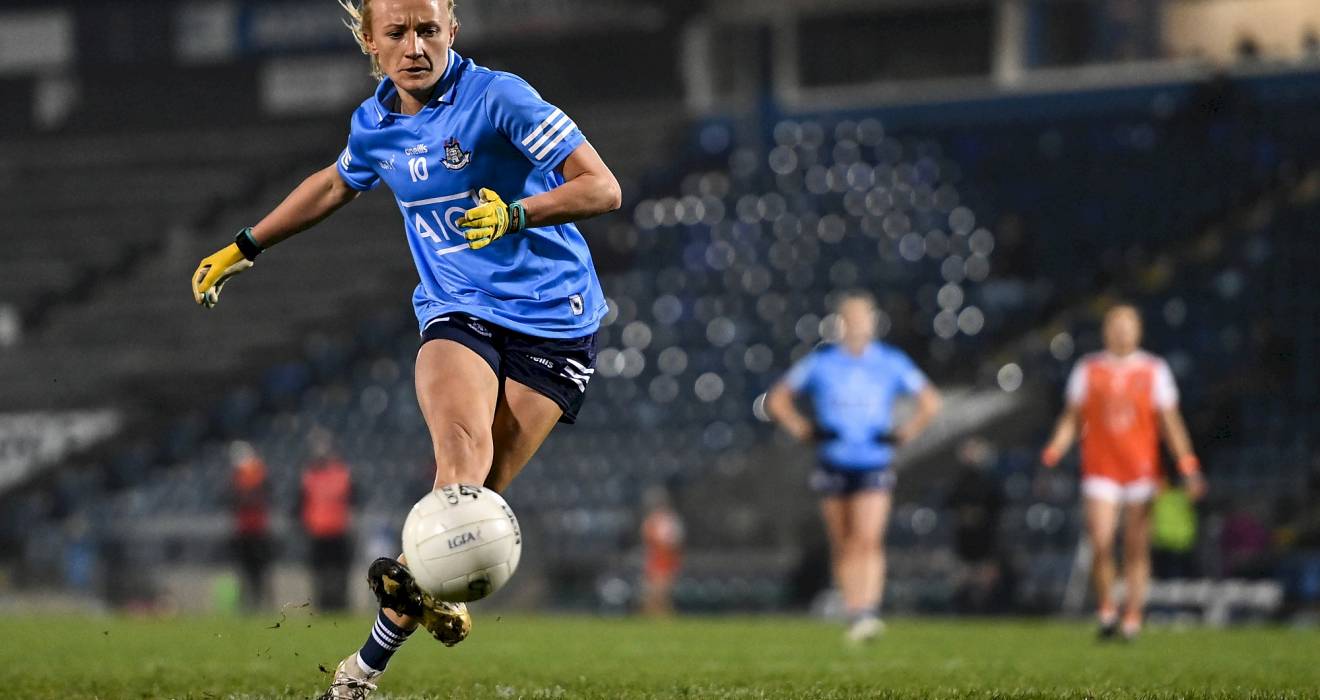 The returning Nicole Owens claimed an early goal for Dublin, while Aimee Mackin scored two goals for her side – including a brilliant second half strike – but it was Rowe’s brilliant showing from wing forward that proved to be Dublin’s guiding light.

The win means Dublin’s quest for a fourth TG4 All-Ireland title in a row remains on track, and they will face either Cork or Galway in the Croke Park Final on 20 December.

There was a shock before throw-in with Owens called into make her first start since she injured her knee in the summer of 2019, but it didn’t take the St Sylvester’s player long to show her class.

And three minutes in a strong run from Lyndsey Davey was added to by Noelle Healy, which saw Owens palm to the net to open the scoring. 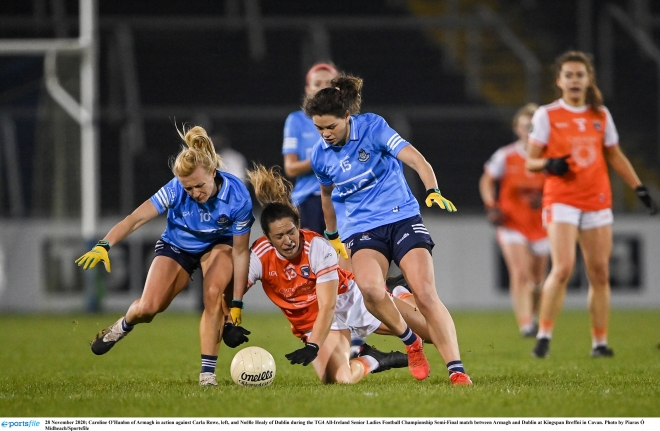 Straight away Dublin added a free from Sinéad Aherne, but it would prove the Dublin captain’s only score, as she limped off five minutes from the break with a hamstring complaint.

Dublin continued their good start though, and after an Aimee Mackin free got Armagh up and running, Owens laid on an assist for Rowe, and she found the net to give her side a 2-2 to 0-1 advantage in the eighth minute.

It was the dream start for Mick Bohan’s side, but they were facing a team galvanised by their convincing wins over Tyrone and Mayo in the group stages. A free from Kelly Mallon settled Armagh again, before Aimee Mackin was hauled down by Lauren Magee inside the square and Mackin found the bottom corner of Ciara Trant’s net with the penalty kick.

That goal and the loss of Aherne seemed to inject some doubt into the Dublin team, and three minutes from the break they were rocking again. The excellent Armagh defence forced a turnover and Shauna Grey launched a counter attack, which led to Aoife McCoy blasting past Trant to close the gap to 2-5 to 2-4. 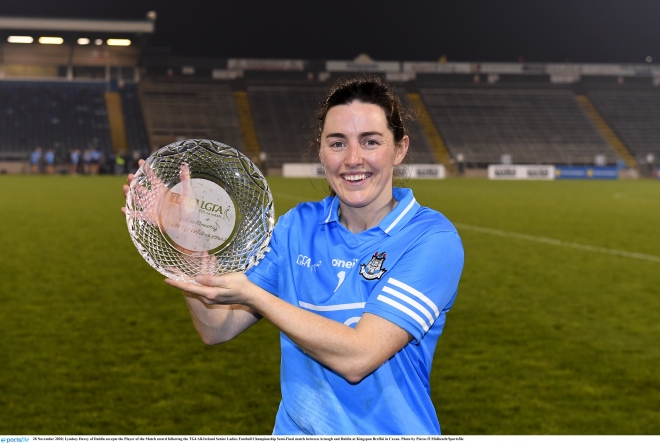 A stunning Blaithin Mackin long range point and a Mallon free saw Armagh into the lead for the first time in the 29th minute, but Healy’s third point of the half just before the hooter meant the teams were level at 2-6 to 2-6 at the interval.

Dublin called upon Niamh McEvoy at the interval to boost their attack, and she made a big impact in that second half, but it was Davey who kicked her side into the lead after the break.

An Aimee Mackin free levelled maters soon after, but a foul by Clodagh McCambridge on McEvoy earned Dublin a penalty, and Rowe converted to the bottom corner. McCambridge also saw yellow for the incident as Dublin moved a goal clear.

Rowe and Davey added a point each to stretch Dublin’s lead to five, but 12 minutes from time Aimee Mackin gave her side real hope when a dummy bounce earned her a yard of space and she cracked her second goal of the game.

But the three-point lead didn’t concern Dublin and further points from Rowe and substitute Kate Sullivan saw them ease their way into the final in three weeks’ time. 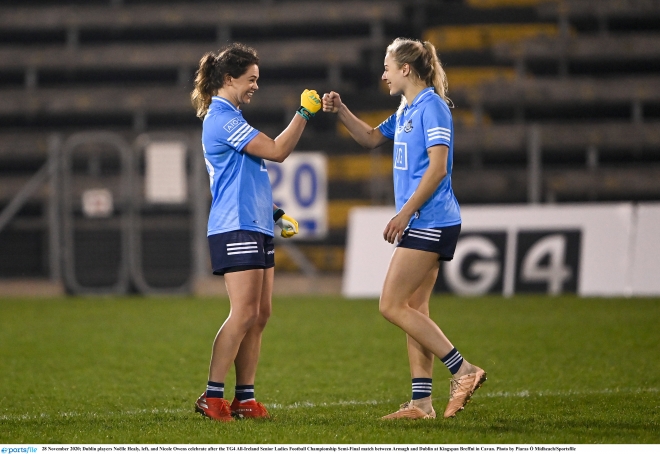