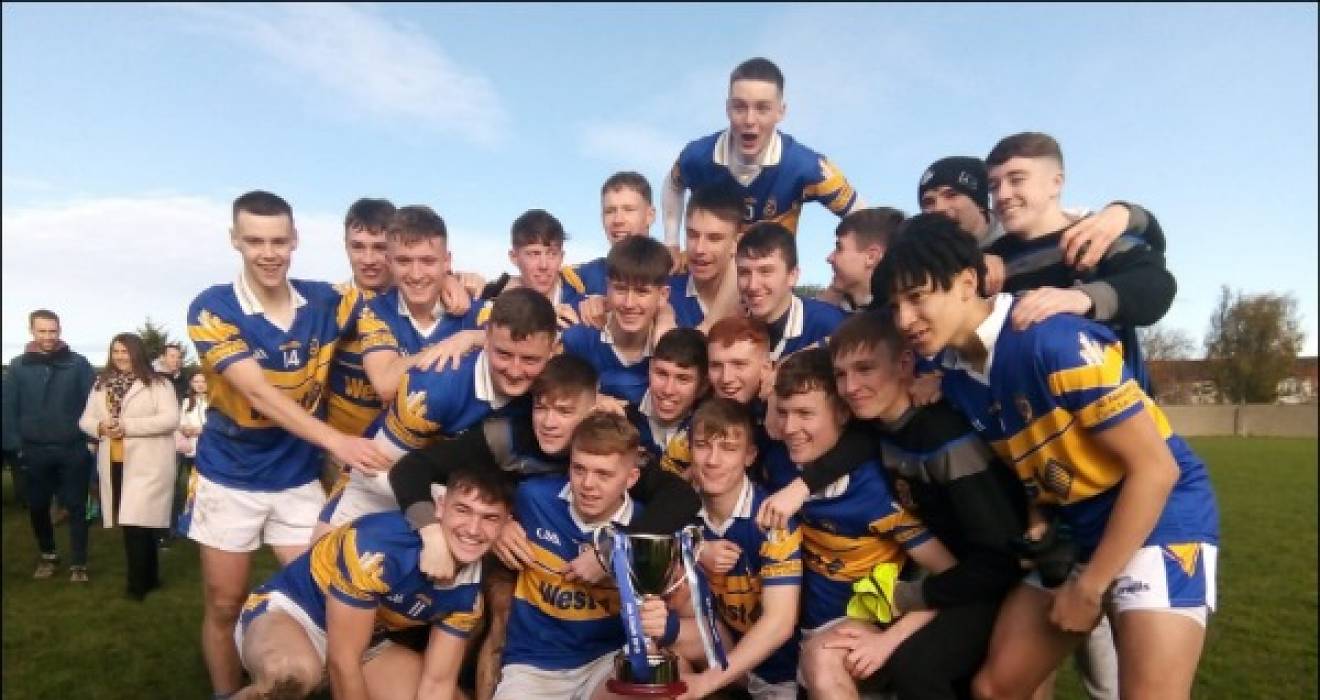 Castleknock were crowned Dublin MFC 'A' winners when defeating Thomas Davis 2-16 to 0-16 in Sunday's enthralling final at O'Toole Park.

This was Castleknock's second ever MFC 'A' success their previous one coming in 2011, a team that included current Dublin senior star Ciarán Kilkenny.


The Dublin 15 lads came with a storming last quarter to outscore their opponents 1-16 to 0-1 during that crucial period to secure victory.

There were several of this year's Dublin minor footballers on display and one of them, Senan Forker, sealed victory for Castleknock with his late goal deep into added time.

Forker, who suffered a bad injury in this year's Leinster MFC final defeat to Kildare, timed his run to be in the right place at the right time to finish to the Davis net following great approach play from the influential Conor Chawke.

Two of his other Dublin team-mates, Luke Swan and Conor Murray, played leading roles for the eventual winners with Swan kicking 1-2 and Murray tallying 0-4 from play.

In the opposing corner was the deadly accurate Fionn Murray, Dublin minor's top-scorer this summer, and his personal haul of 0-10 (0-6f, 0-1 '45'), brought the Kiltipper Road side to the brink of victory.

In this pulsating battle Castleknock led by eight points at one stage yet trailed by two just after the three-quarter mark, after Fionn Murray had slotted his ninth point, before unleashing their powerful burst to victory.

Thomas Davis led 0-4 to 0-2 midway through the opening half before Castleknock scored 1-7 in little over ten minutes, their goal coming from the fist of Luke Swan when he directed a Conor Chawke free to the net.

By the interval Thomas Davis had responded with three points to trail, 1-9 to 0-7, at the interval. Davis kept that momentum going on the resumption when hitting five points in-a-row to draw the game, 1-9 to 0-12.

Fionn Murray kicked four of these scores, three from frees, with Kevin Mullarkey also on target for the Tallaght outfit.

A point from Ronan McCann temporarily broke Davis' dominance before the southsiders got going again through points from Jamie McDonnell, the impressive Conor Guilfoyle and Fionn Murray.

But typical of this dramatic duel there were further twists with Luke Swan, Ronan McCann (free) and Conor Murray on target with Conor Chawke hitting three points to set up an 'edge of the seat' conclusion.