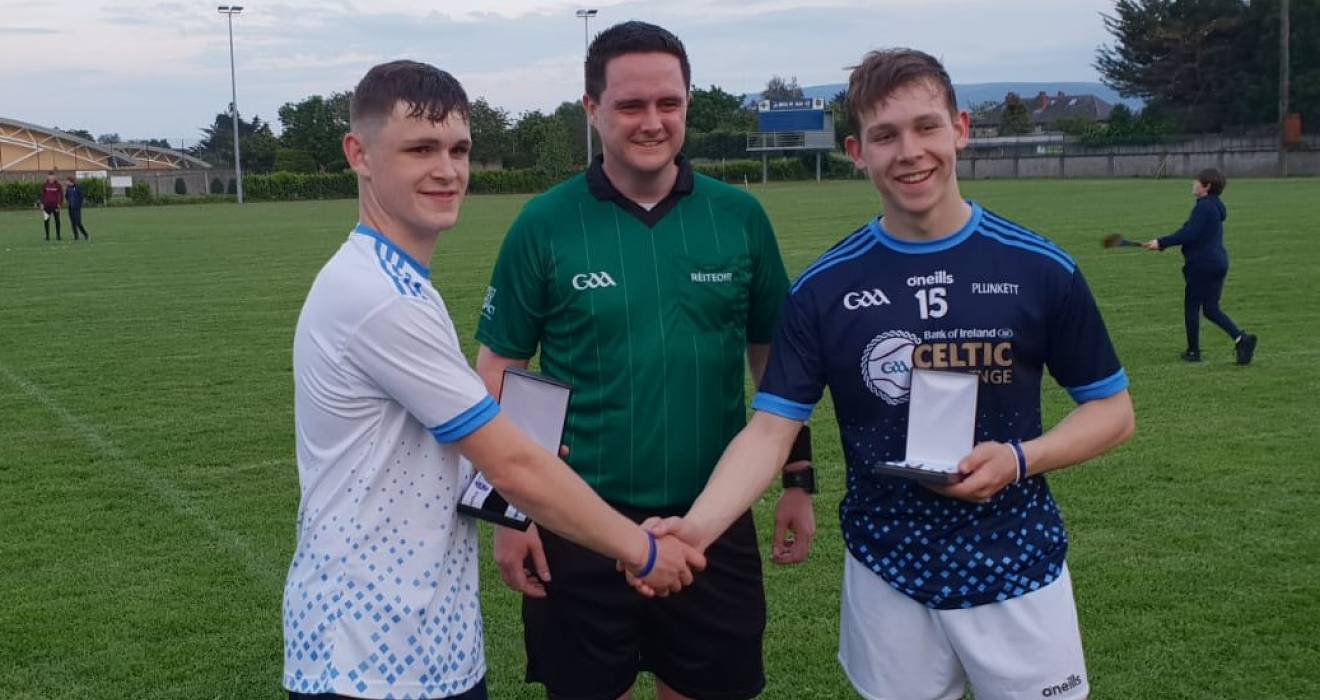 Clarke too strong for Plunkett in Celtic Challenge

A fine long range point from the industrious Ger Ryan in the opening minute saw Clarke begin with intent.

Dublin Plunkett battled back with scores from Aaron Duff and Tom Hurley by the third minute.

Clarke hit their first goal in the fourth minute when the pacey Matthew Lynam rifled to the net following good approach play by Adam Drewett.

The excellent freetaking of Ger Ryan kept the scoreboard ticking for Clarke before they struck for their second goal in the 12th minute.

This time Adam Drewett was on target when his low drive from 25 metres found the net to propel his side into a 2-7 to 0-2 lead.

An injury to Plunkett's Dylan Kennedy after 16 minutes held the game up as he was attended to before an ambulance arrived.

When the game resumed Clarke continued on the front foot and by the interval were 3-11 to 0-6 clear thanks to Matthew Lynam's second goal, this one just before the break following good combination play between Jack Kielthy and Sam Stewart.

Plunkett improved on the restart with points from their top-scorer Daniel Peel (free) and Gordon Rodgers.

However, just as they were gaining a foothold Clarke found the net for their fourth time when Drewett showed a poacher's instinct to sweep the sliotar to the net from close range.

Ciaran McLoughney and Sean Murphy raised further green flags for Plunkett with Rhys McDonald getting one back for Clarke two minutes before the finish.

For Dublin Clarke Liam Kiernan was named Best and Fairest and for Dublin Plunkett Daniel Peel (both pictured above) was the recipient.

The Celtic Challenge is an U17 tournament for non-leaving certificate students. The Plunkett panel is comprised of the Dublin under-16 development squad excluding lads who have made the match-day 24 for minors in Leinster MHC.

The final group games are on Wednesday, June 5 when Dublin Plunkett encounter Laois in Abbottstown (8.0) while at the same time Dublin Clarke play Offaly.