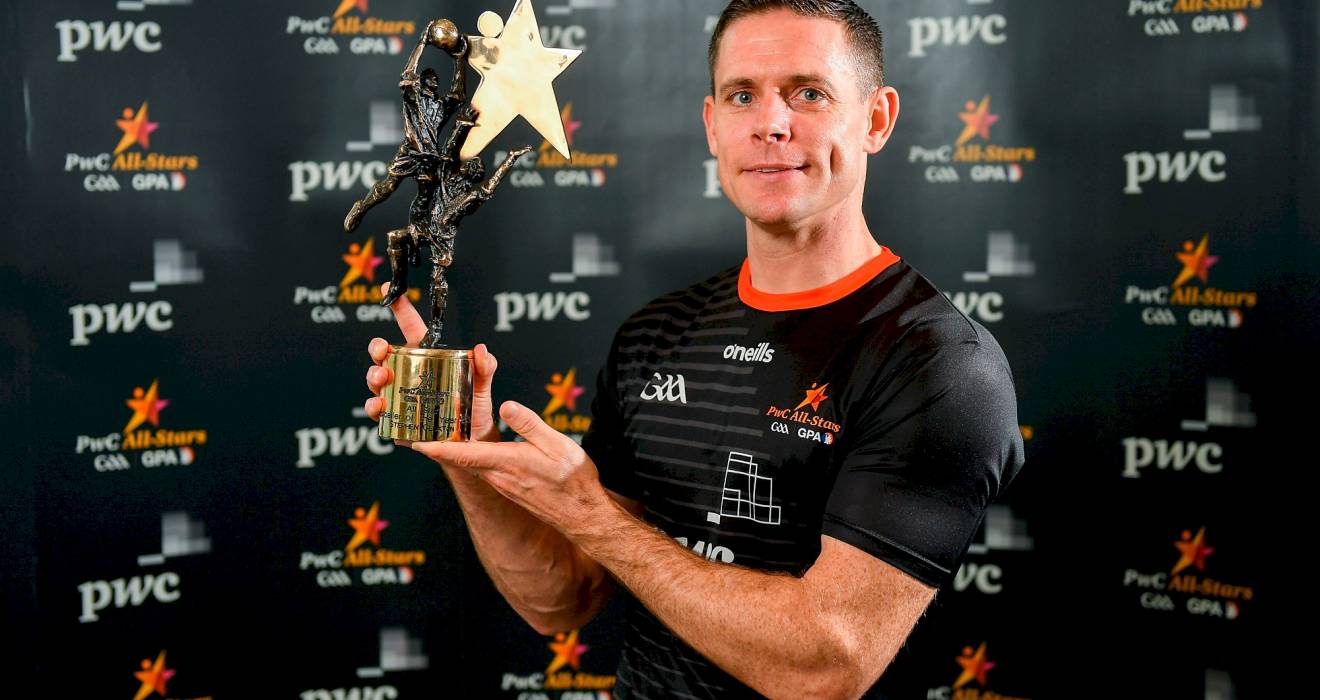 Seven Dublin footballers have been honoured in the 2019 PwC All-Stars with Stephen Cluxton voted as Footballer of the Year.

History was made at the PwC All-Stars as Stephen Cluxton and Séamus Callanan were crowned PwC GAA/GPA Players of the Year in Football and Hurling.

The decision of his fellow players to bestow the overall honour upon him tops a record season for Dublin goalkeeper Cluxton.

The Parnell’s clubman had already set a new milestone for being the first man to play more than 100 times in the senior championship and collected a seventh All-Ireland winners’ medal as he captained the Dubs to the iconic five in-a-row. 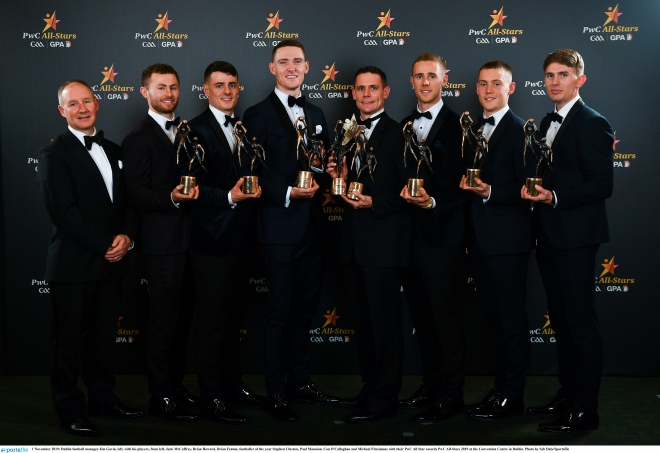 This Player of the Year accolade now comes alongside what was also a record sixth individual PwC All-Star for the Hill 16 hero – an award which moves him one ahead of his fellow Dub John O’Leary, and he is now the most decorated football goalkeeper of all-time.

Drom - Inch sharp shooter Callanan was also the top choice of his fellow hurlers after a season that saw him captain the Premier County to the Liam MacCarthy Cup.

The Tipperary full forward’s trademark prolific flourishes in front of goal were to the fore yet again and he set a modern-day record of breaking the 30-goal mark in a Championship career that has seen him feature in the All-Ireland triumphs of 2010, 2016 and now 2019.

The devastating impact made in attack by Kerry and Kenmare starlet Seán O’Shea off frees and general play saw him selected as the PwC GAA/GPA Young Footballer of the Year award.

In hurling, there was an honour for Ballyhale Shamrock’s and Kilkenny forward Adrian Mullen, with the PwC GAA/GPA Young Hurler of Year award coming in a season that also saw him win the AIB Club Hurler of the Year title.

The Dubs feature through Michael Fitzsimons and Jack McCaffrey who are joined by the versatile Brian Howard in defence. Brian Fenton, last year’s footballer of the year, is again selected in midfield. In attack, Con O’Callaghan and Paul Mannion are recognised for their invaluable contribution to Dublin’s successful assault on GAA history. 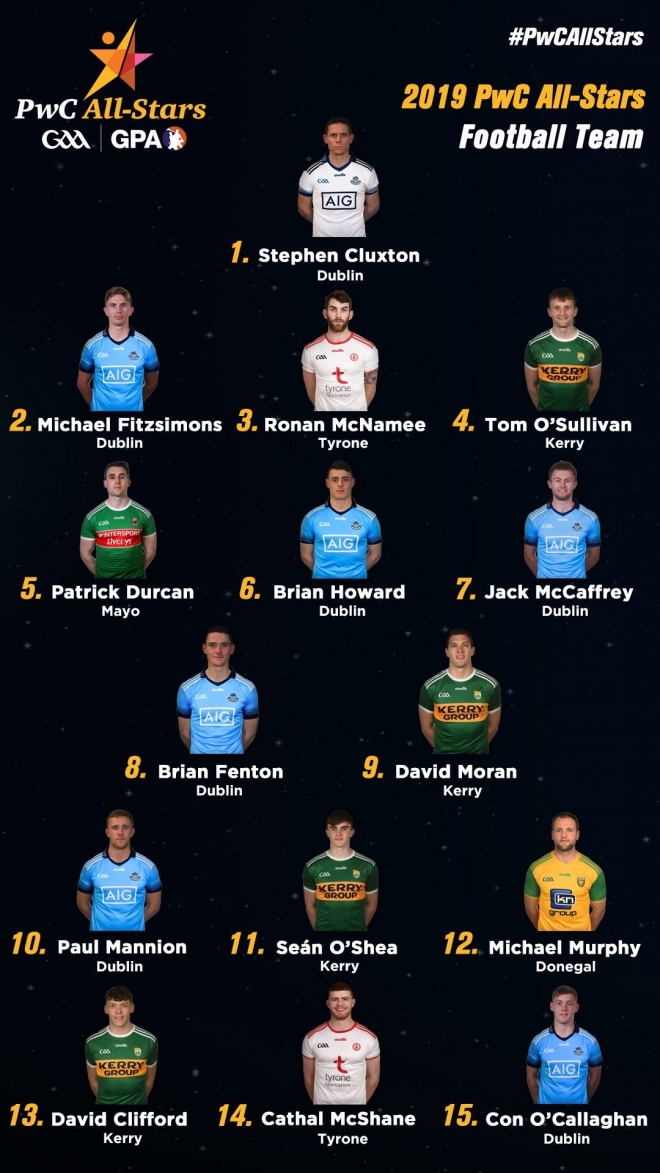 There are five counties represented on the final 15 for football.

There are two awards for Tyrone and then one each for Donegal and Mayo. 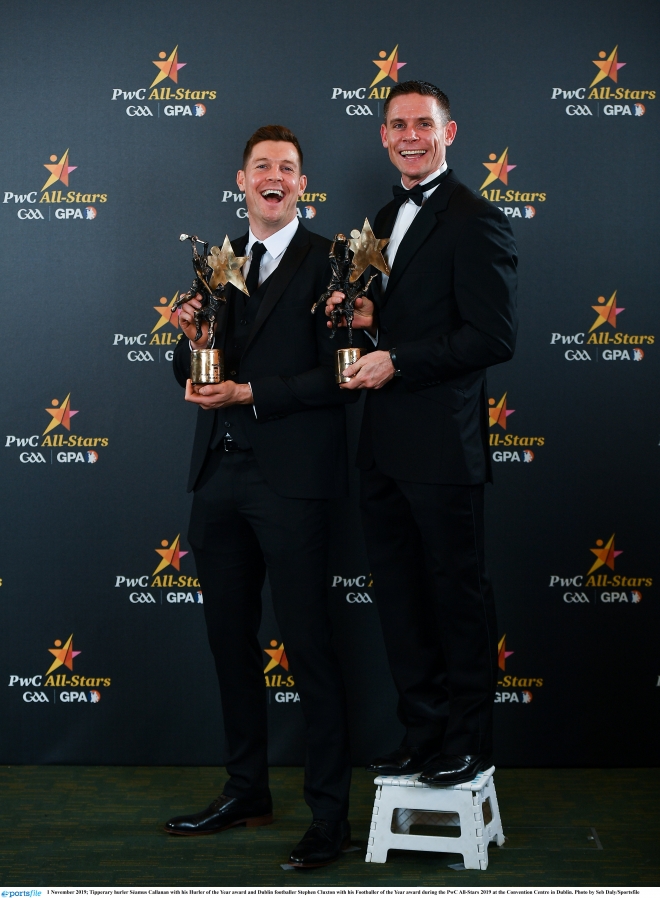