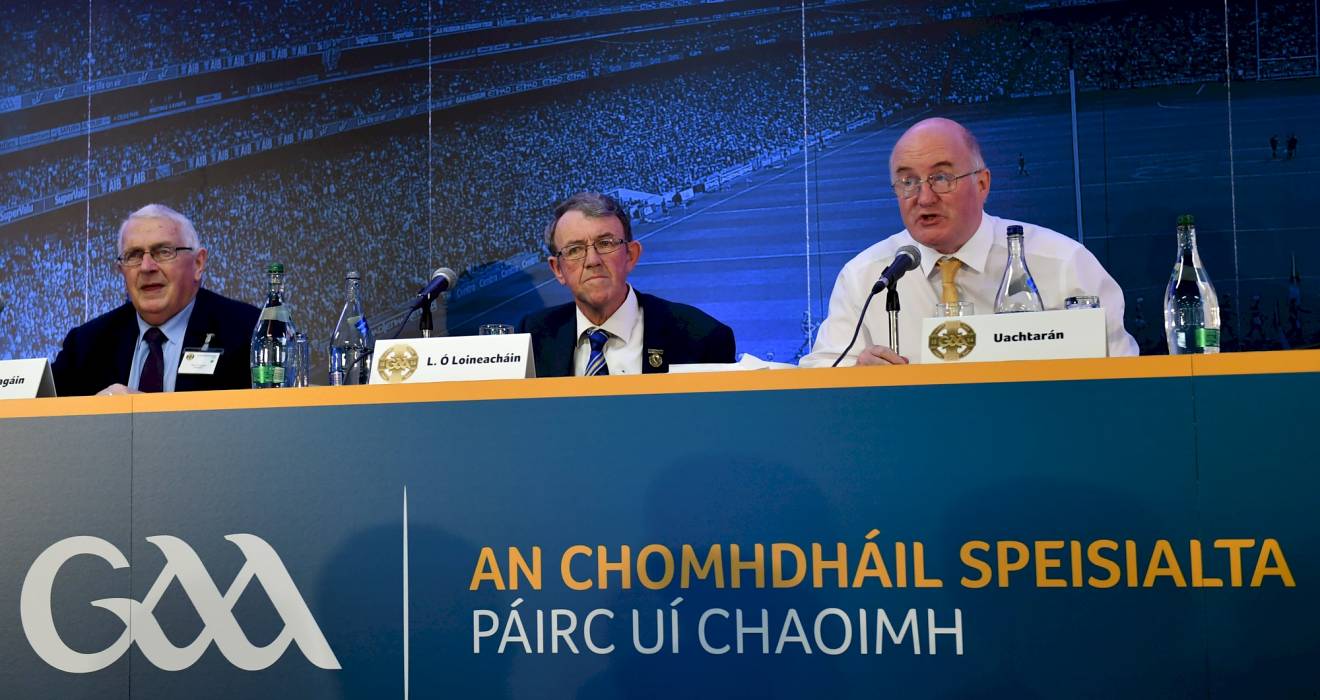 The 2020 All-Ireland SFC will include a two-tier format.

During Saturday's GAA Special Congress at Páirc Uí Chaoimh 75.5% of delegates voted in favour of Motion One which proposed that the All-Ireland SFC adopt a two-tier structure after the provincial championships which will be played as currently formatted.

At the outset it was agreed to vote on Motion Two regarding what counties will play in Tier 2 in any given year.

Tipperary's proposal that Division Three and Four counties be determined after the 2020 Allianz League passed with an 87.5% majority.

Then the discussion switched to Motion One with John Murphy and Tom Farrell from Cosite Bainisti, and former Presidents Sean Kelly and Nickey Brennan backing the proposal.

Delegates voted and the motion was carried ensuring that a new Championship format will be in operation next summer.

Motion Three proposing the introduction of an advanced mark was supported by 68.9% with 31.1% against.

Another motion proposing the introduction of a 10 minute sin bin for a player who commits a black card offence had 73.8% votes in favour.

The final motion proposing that goalkeepers must take their kick-out from the 20-metre line received 83.1% of the vote.