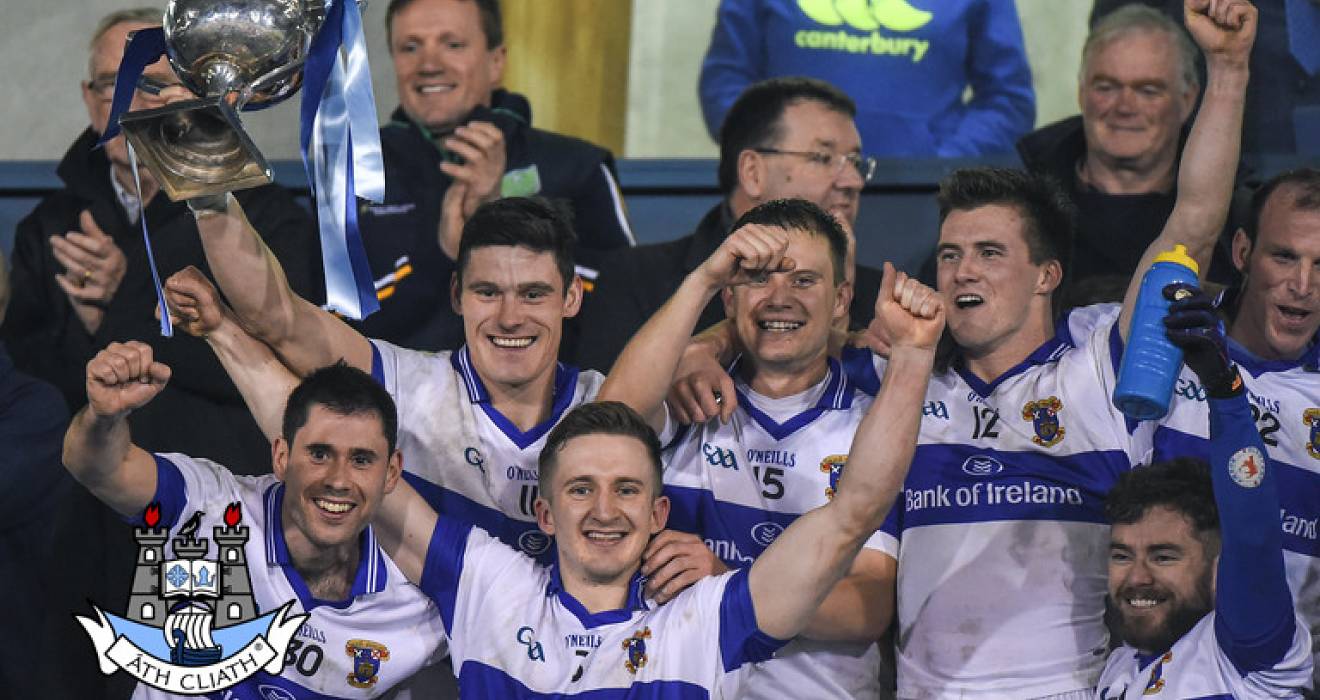 A full-house packed out Parnell Park but the expected fireworks never materialized as the Marino side had the slight upperhand throughout and in team captain Diarmuid Connolly the most influential player on the park by a stretch.

It was Connolly's 13th minute goal which ultimately separated the teams on the scoreboard but his overall input was far more pronounced with another point from play and several assists.

St Vincent's progress as Dublin champions to face Wicklow's Rathnew away on Sunday week in Aughrim.

However, in the 59th minute Carl Deeley, one of the Mun's better performers, had a goal attempt parried over the crossbar by Michael Savage after slick interplay with Eoin O'Neill and Dean Rock had opened a clear route to goal.

Kickhams pressed hard to the finish but on two separate occasions Vincent's sub Eamonn Fennell, who was introduced in the third minute of added time, put in brilliantly timed tackles to rob first Aaron Elliott and then James McCarthy of possession in potentially dangerous positions.

Enda Varley opened the scoring with a pointed free in the fifth minute and four minutes later Vinnies almost goaled but Eoin Dolan got back on the line to force Tomás Quinn's goal attempt out for a '45'.

A Dean Rock free in the 11th minute levelled matters.

It was Vincent's who carried the greater early threat despite the lack of scores.

In the 13th minute Philly McMahon lost control of the ball and it spilled the way of Lorcan Galvin whose delivery saw Connolly race through one-on-one with Evan Comerford before sliding the ball low to the corner of the net with his left foot.

Paddy Small and Gavin Burke exchanged scores before a fisted Connolly point made it 1-3 to 0-2 after 22 minutes.

A minute later Quinn was denied a goal by the post after a good one-two with Cormac Diamond before corner-back Craig Wilson joined the attack to push Vincent's 1-4 to 0-2 clear.

But Ballymun closed the half out with scores from Keeley and a Rock free, following a foul on James McCarthy to make it 1-4 to 0-4 at the break.

Rock closed the gap further six minutes into the second half with his third free of the night after John Small was fouled.

Vincent's still kept creating openings but shot four wides in the opening seven minutes of the second half with Quinn, Burke, Nathan Mullins and Connolly all off target.

Varley, with the fist after being placed by a superb Connolly free, Jason Whelan, and Quinn with two points (one free) all scored to make it 1-7 to 0-6 by the 47th minute.

Jason Whelan cut it to a goal before Shane Carthy pushed it back to four following good work by Jarlath Curley and sub Ruairi Trainor.

Kickhams kept knocking at the door to the finish but Deeley's chance was their only real goal opportunity. A few hopeful high deliveries were broken out the field by Curley to team-mates as Vincent's showed good game-management in the concluding minutes to secure the Clerys Cup.

Watch the match highlights below: