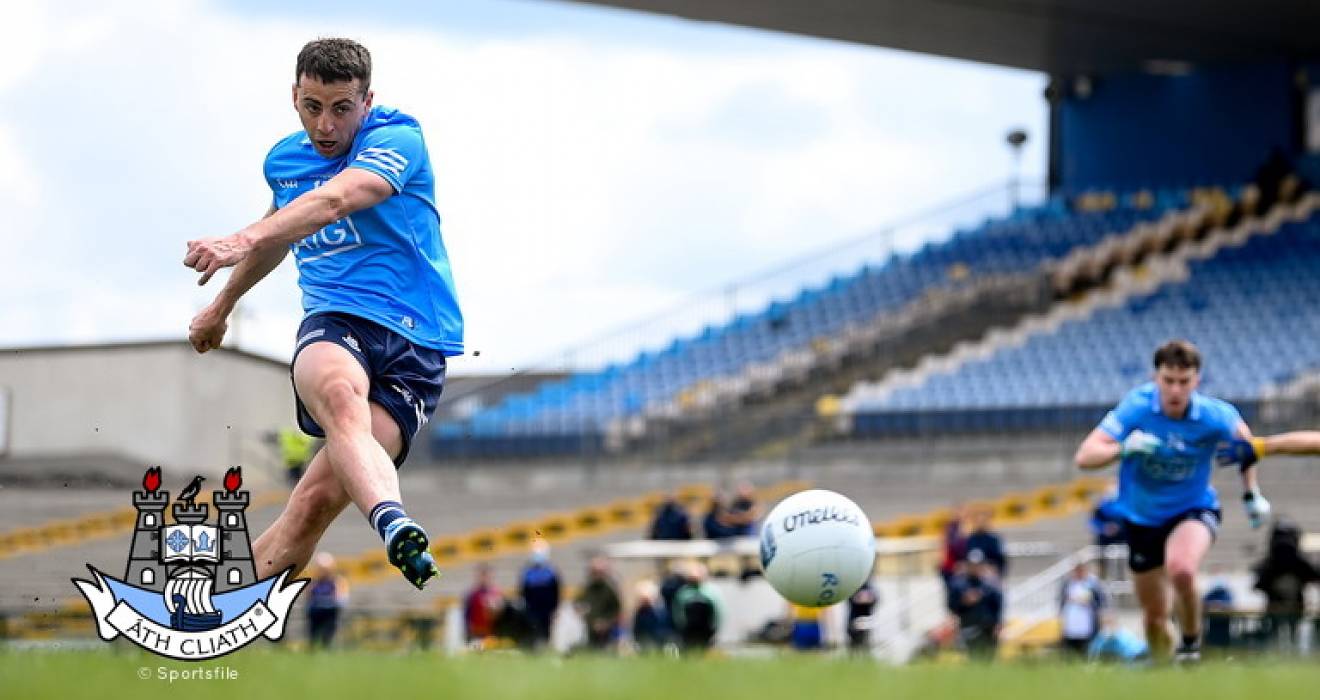 Dublin opened their league campaign with a nine-point victory against hosts Roscommon in Dr Hyde Park on Sunday afternoon.

Cormac Costello led the way with a personal tally of 1-13 - including a first-half penalty; one of three spot-kicks he took over the course of this contest.

With his other two he hit a post and late on his third penalty flew over the Roscommon crossbar.

The sides were level 0-4 each after 12 minutes but it was the home side who had the best goal-scoring opportunity. The Roscommon attack opened up Dublin's defence but Diarmuid Murtagh's palmed effort hit the post.

Before the first-half water break Dublin had established a six-point lead with points from Ciarán Kilkenny (mark), a good individual effort from Costello and a mark, and a well-judged effort from Dara Mullin, following good approach play from James McCarthy and Kilkenny.

The only goal of the game came in the 18th minute when Paddy Small was fouled inside the 20-metre line, with Brian Stack being sin-binned, and ref Derek Mahoney adjudged it was a penalty under the new rules.

Costello wrong-footed Rossies keeper Colm Lavin and the Dubs took a 1-8 to 0-5 lead into the water stoppage. 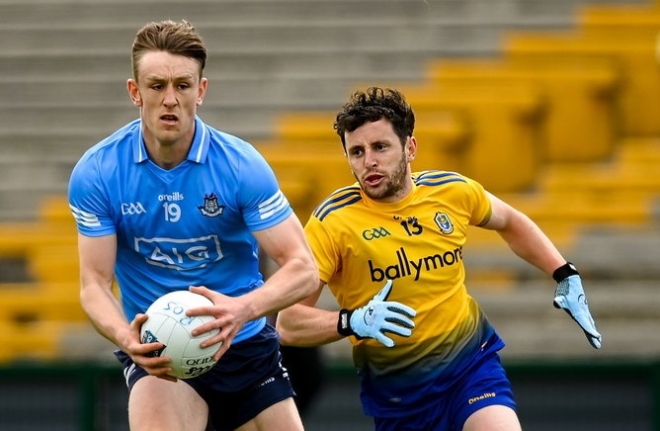 The Whitehall Colmcille's clubman continued where he left off after the break with a well struck free off the deck following a foul on James McCarthy to extend Dublin's lead.

Four minutes before the interval Costello had a half-chance of goal but his angled drive was parried out by Colm Lavin and Roscommon counter-attacked to telling effect for a Ciarán Murtagh point at the far end.

Five minutes after the restart Dublin were awarded their second penalty when Dara Mullin was fouled, again under the new ruling, with Fergal Lennon black-carded. However, Costello's drive cannoned off upright.

Paddy Small's 48th minute point, at the end of a great move the length of the pitch and starting with keeper Michael Shiel (making his league debut), was Dublin's first score of the second period and his side led 1-14 to 0-12 at the three-quarter mark.

Four Dublin points in quick succession at the start of the concluding quarter sealed the victory for Dublin as the eased 1-18 to 0-12 clear.

Brian Fenton, off his left on the run, Ciarán Kilkenny, who prospered in the final quarter got two of the quartet, and a Costello free following a foul on Kilkenny helped Dublin into their nine-point lead.

Four minutes into added time at the end a goal attempt by Brian Fenton resulted in a penalty, Costello's effort skied over the bar. Next up for the Dubs is a meeting with Kerry next Sunday in Semple Stadium, Thurles (1.45).