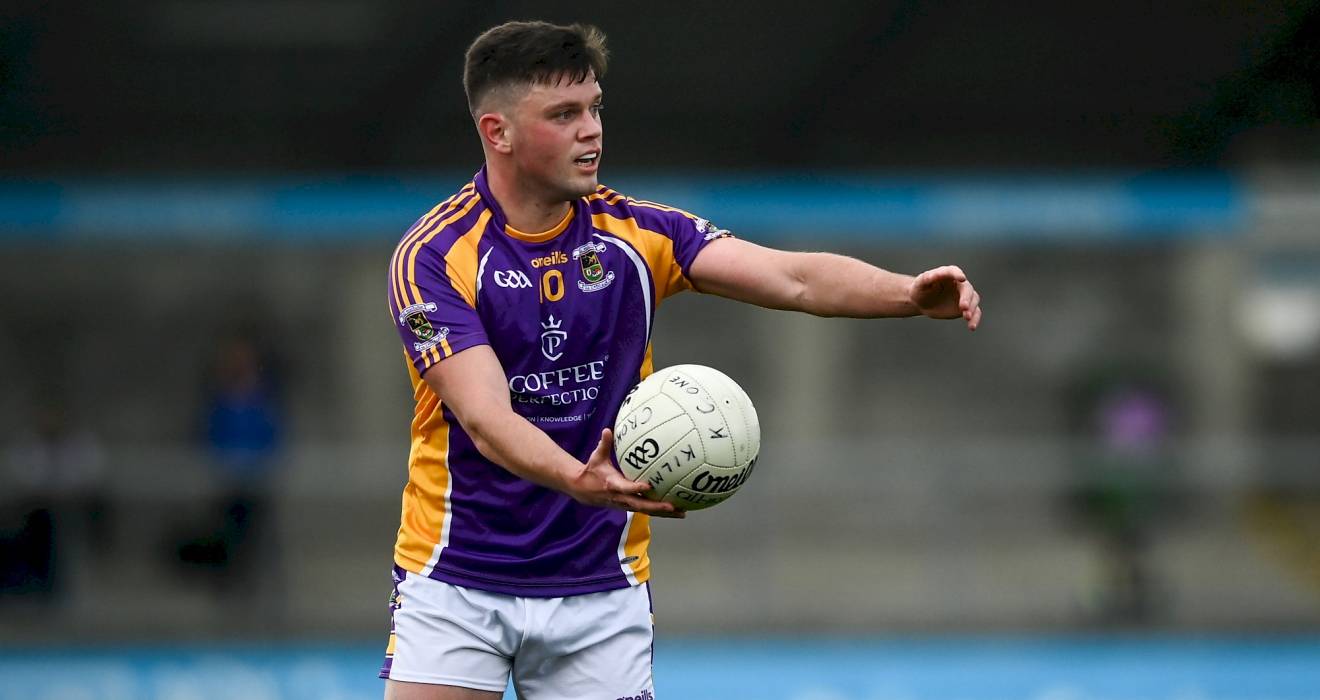 Kilmacud Crokes moved up to fifth in the Go Ahead Adult Football League Division One table with an eight-point victory over Ballinteer St John’s at Silver Park on Wednesday evening.

Now on an unbeaten run of seven games (six wins and one draw), Robbie Brennan’s Stillorgan men appear to be hitting top form as their AFL1 campaign draws to a close and their defence of the Go Ahead Dublin Senior One Football Championship moves into view. With three games still to play in the regular season, there is even a possibility that Crokes could move further up the league standings.

Tom Fox was one of the most impressive performers for them on the night with his 0-5 haul helping to create a safe distance between themselves and Ballinteer. Cian O’Connor also chipped in with three points while Callum Pearson rattled the net in the opening period.

Ballinteer came into this game with just three wins to their name. Full-forward Aodhan Clabby and midfielder Eoghan Fitzpatrick did their best to fly the flag for the visitors, but Crokes had that bit too much for them over the course of the action.

It had been quite a cagey opening to the contest and all of eight minutes had passed before the first score was chalked down. After cutting inside from the left-wing, Fitzpatrick kicked a fine point from play to get Ballinteer up and running.

Their goalkeeper JB Carthy (an All-Ireland U21 winner with Dublin in 2012) had earlier turned away a close-range shot from Aidan Jones, but Crokes eventually opened their account through Fox’s ninth-minute effort. This helped the hosts settle and they proceeded to establish a three-point advantage by the end of the first-quarter.

Following O’Connor’s first of the day (aided by excellent approach work from the aforementioned Jones), Hugh Kenny added a brace of points to create daylight between these southside rivals. St John’s were remaining competitive, however, and cut the gap back down to the bare minimum when Clabby (free) and Jack Lundy split the uprights in consecutive fashion.

Nevertheless, it was Kilmacud who enjoyed the more productive ending to the first half. Wing-back Dan O’Brien got his name on the scoresheet after Ballinteer had been turned over in defence and Fox also curled a shot between the posts in fine style.

The solitary goal of the game then arrived on 29 minutes as the ever-dangerous Pearson fired powerfully beyond the reach of Carthy. This propelled Kilmacud into a commanding 1-6 to 0-3 interval cushion and placed them within sight of the maximum points on offer.

They continued to dictate affairs on the resumption with half-forward pair Fox and O’Connor very much to the fore. Either side of a fine point by O’Connor, Fox registered impressive points of his own to move Crokes nine points clear on 36 minutes.

It was at this point that Brennan and his management team started to dip into their reserve options with the likes of Shane Cunningham and Ben Shovlin seeing game time. His Ballinteer counterparts did much the same as Aaron Bradshaw and Michael Mitchell were offered a chance to shine.

O’Connor and Fox tagged on further scores, but Cunningham also found the range when shooting from a left-hand angle on the stroke of 50 minutes.

In addition to their attacking prowess, Crokes also had a strong defensive set-up with Ross McGowan and multiple Celtic Cross winner Rory O’Carroll offering them considerable solidity in that department.

While they were second best throughout, credit must go to Ballinteer for persevering with their challenge. Having endured a lengthy barren spell, they suddenly knocked over four points in as many minutes to add a better reflection to the scoreboard.

Centre-back Dan O’Leary, Fitzpatrick, Clabby and substitute Bradshaw all raise white flags for St John’s in this period. Clabby also went for goal off a stoppage-time free, but Gavin Sheridan saved his firmly-struck effort to ensure a gap of eight points remained on the final whistle.