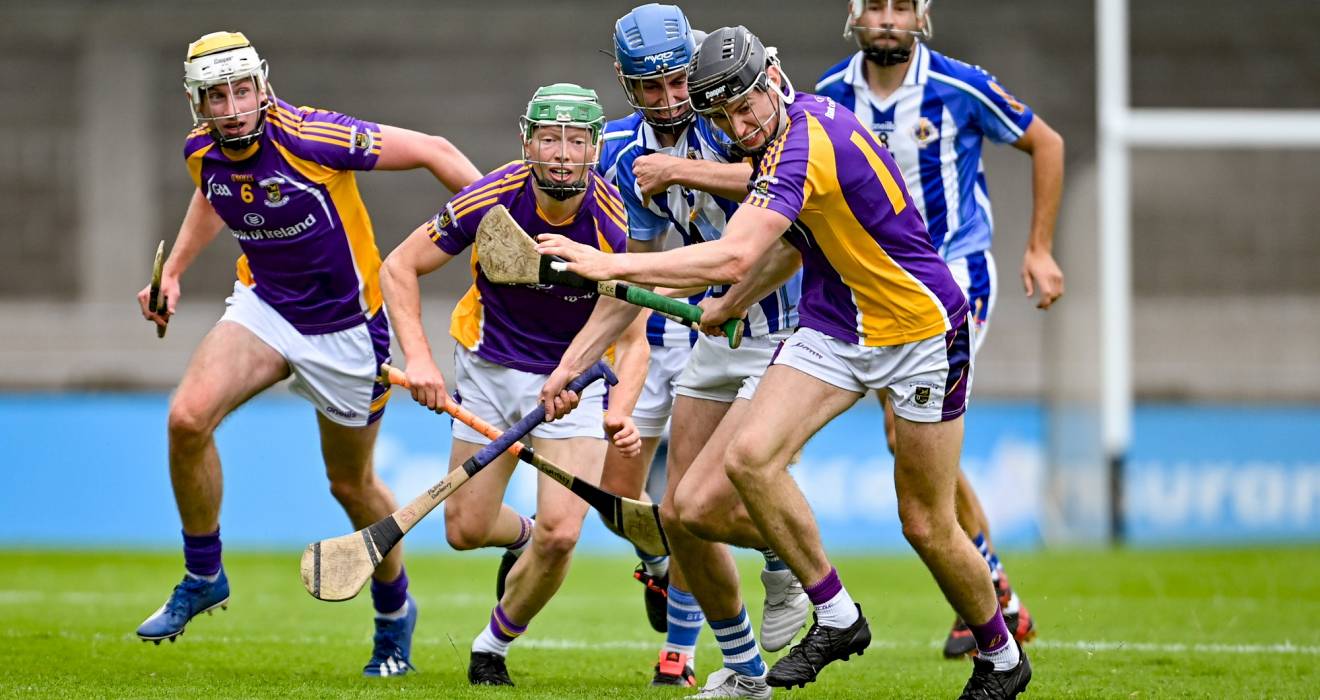 Crokes hit Boden for four in SHC ‘A’ Group 2

A brilliant opening to the second half saw Kilmacud Crokes get their Dublin SHC ‘A’ Group 2 off to an impressive winning start at Parnell Park on Sunday afternoon.

Having closed out the opening half on top Crokes built on their momentum early in the second half to run over convincing winners despite Oisín O’Rorke being dismissed in the 43rd minute.

Second half goals from Alex Considine, a ‘bullet’ to the roof of the net, and another great finish by Marc Howard saw Crokes lead 3-14 to 0-10 by the 42nd minute.

So in a period of just over 16 minutes, either side of the interval, Crokes outscored their southside rivals 3-7 to 0-2 (between the 26th and 42nd minutes).

Ronan Hayes, who enjoyed a great game at full-forward for Crokes, hit his side’s fourth goal in added time when he combined great skill, pace and poise to help his side to their 14-point victory.

Check out @KCrokesGAAClub’s fourth goal of the game- an emphatic finish from Ronan Hayes!

Boden did have goal-scoring opportunities immediately following the sending off of Oisín O’Rorke but Crokes keeper Matt Collins excelled to deny his opponents on several occasions.

Crokes carried a 1-10 to 0-8 advantage into the half-time break after concluding the half the stronger.

The Stillorgan side led 0-6 to 0-2 inside ten minutes after a bright opening but then Boden found their feet and reeled off points through Conal Keaney, a fine effort from a tight angle, with Aidan Mellett tagging on another score to make it 0-6 to 0-4.

Paul Ryan then brilliantly cut over a sideline from 35 metres before the industrious Aidan Mellett brought the sides level with Boden playing some good first-time hurling.

Oisín O’Rorke edged Crokes back in front, following the water break, before points from Niall McMorrow and Paul Ryan (free, for a foul on Niall Ryan) put Boden in front for the first time.

But it was Kilmacud Crokes who finished the half in the ascendancy.

Oisín O’Rorke converted a ‘65’ before Ronan Hayes clinically despatched a penalty past Finn McGarry and before the half-time break Caolán Conway and Oisín O’Rorke (‘65’) extended Crokes’ lead to 1-10 to 0-8.

Earlier in the half Crokes also meant business with early scores from Oisín O’Rorke (free), a superb Marc Howard from the terrace sideline under pressure, Fergal Whitely, Cian McGabhann (long range free) and O’Rorke, free from halfway, all on target to build a 0-6 to 0-2 advantage by the tenth minute.