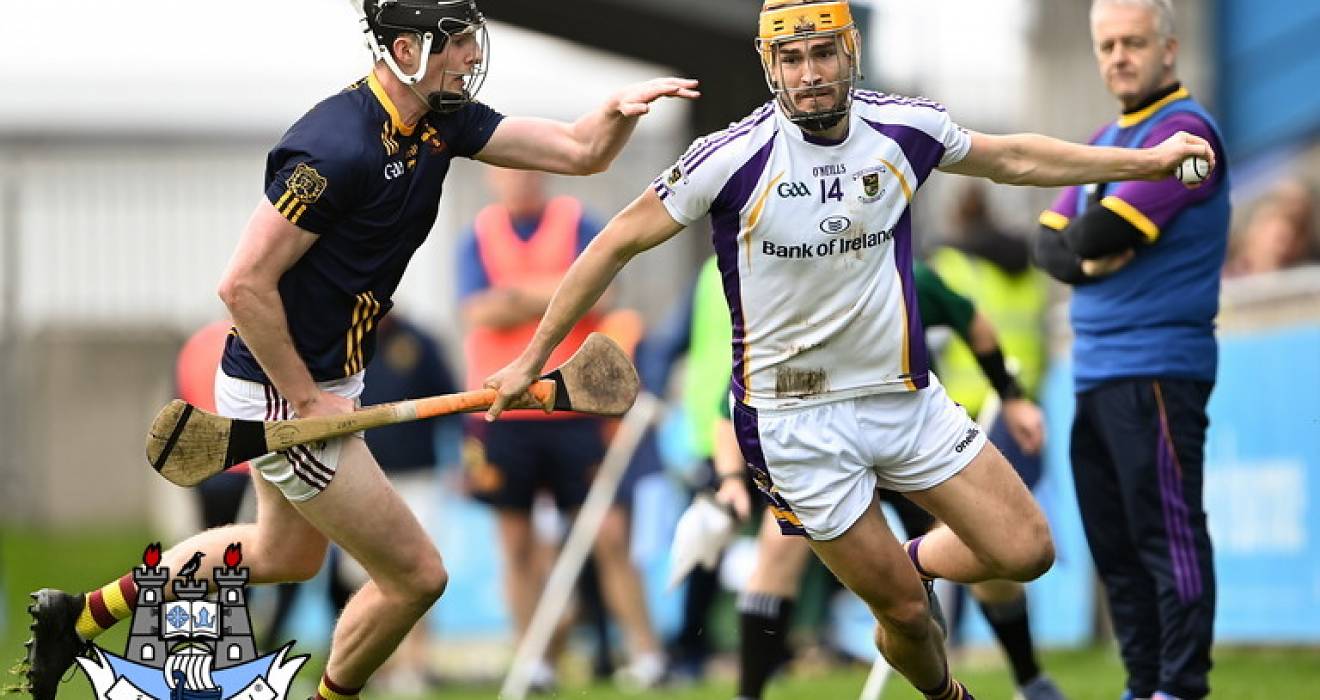 The inside forwards provided the point of the Crokes attack with man of the match Considine hitting 1-5 from play while Hayes tallied 0-8, including four frees and a successful '65'.

The only goal of the game arrived in the 56th minute when Considine's venomous angled drive found the corner of Bill McCormack's net to push his side 1-125 to 0-15 clear and on their way to the semi-finals.

Plunkett's battled to the finish with Neil Clerkin, Cillian Hayes and their top scorer Niall Arthur (0-8, 0-4f) on target - Hayes' converted sideline a terrific score in the 59th minute.

After playing second fiddle to Plunkett's in the early stages of the opening half Crokes improved towards the conclusion of the first half and early in the second half scores from Ronan Hayes (free) and Lorcan McMullan stretched their lead out to 0-16 to 0-9.

Plunkett's needed to arrest their slide but were twice denied by the reflexes of Crokes keeper Eddie Gibbons - the netminder saving from Jack O'Shea in the 33rd minute and then three minutes later to frustrate Oisín Boland.

Both keepers were showing their worth with Bill McCormack denying Ronan Hayes in the 46th minute at a stage when Crokes were putting distance between the sides.

Hayes converted the resulting '65' from McCormack's save and a point from Lorcan McMullan had the Stillorgan men 0-22 to 0-14 clear at the three-quarter stage.

Alex Considine and Ronan Hayes fired over on the restart and Fergal Whitely had a sighting of goal in the 53rd minute but his shot hit the side-netting.

Three minutes later Considine showed great opportunism when he rifled low to Bill McCormack's to put Crokes 13 points clear and effectively on the way to the last four.

Kilmacud Crokes finished out the opening half on an upward curve when hitting the last six points to carry a 0-14 to 0-9 lead into the half-time interval.

Early in the second quarter Plunkett's had moved four points clear, 0-8 to 0-4, following two points from Seán Clerkin immediately at the start of the second 15-minute period.

But Crokes began to play with greater accuracy as the half progressed with points from Oisín O'Rorke, Pádhraic Linehan, Fergal Whitely and Caolan Conway bringing the Stillorgan side level.

Plunkett's responded immediately to the last of these scores with a point from the impressive Cillian Hayes to retake the lead but from then to the break Crokes held the upperhand.

Points from Ronan Hayes (free) and Dara Purcell, following good work by Alex Considine, edged Crokes in front and by the interval Caolan Conway, Alex Considine, Marc Horward from inside his own half, and Lorcan McMullan fired over to open up a five-point lead.

Earlier in the half Plunkett's had started well with Niall Arthur - two frees and one from play - helping the Dublin 7 into a 0-3 to 0-1 lead inside five minutes.

In a half of few goalscoring opportunities Ronan Hayes engineered a sighting in the seventh minute but Plunkett's keeper Bill McCormack made a terrific save to deny Crokes' full-forward.

Heading into the first water break Crokes Mark Grogan and Plunkett's Ben McSweeney exchanged excellent scores for Plunkett's to hold a 0-6 to 0-4 lead.

However, on the down side Plunkett's had lost Cian Boland to injury in the 15th minute, a significant loss for the Martin Savage Park outfit.