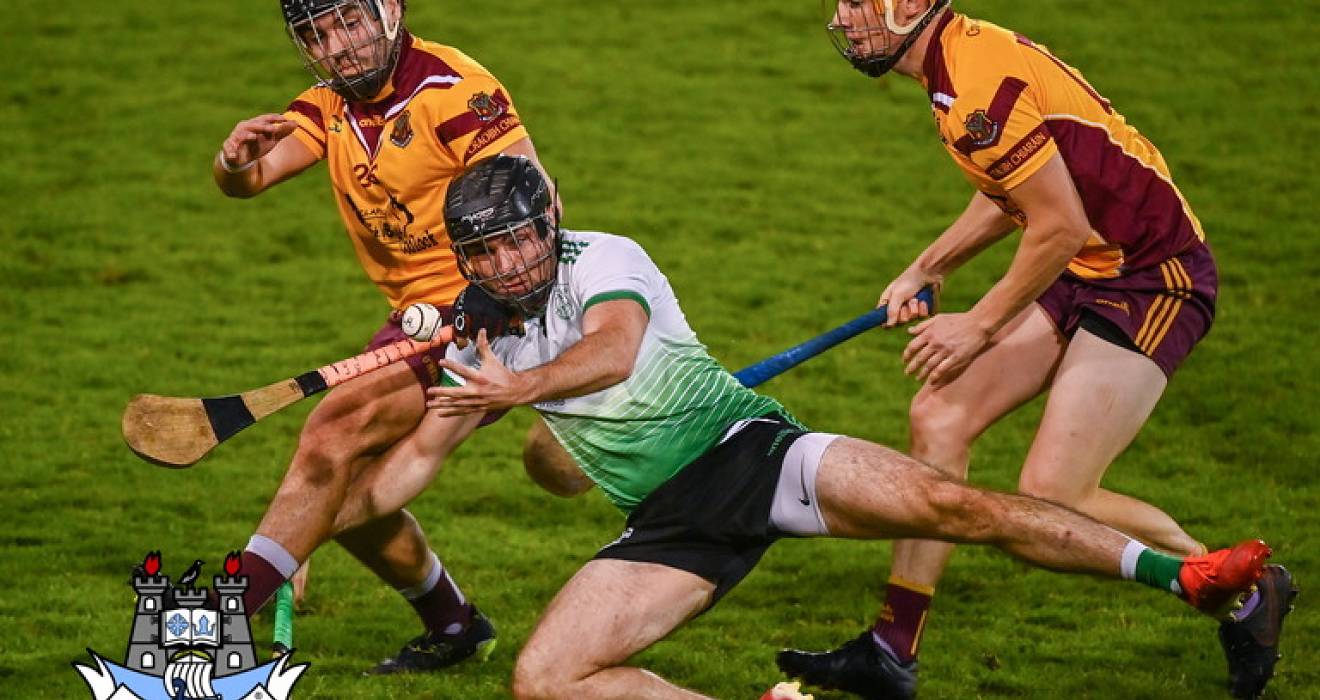 Heading into the closing 15 minutes the Donnycarney side were a point to the good, 1-12 to 0-14, but it was Lucan who had kept their best til last when outscoring their opponents 1-6 to 0-4 in the fourth quarter.

Paul Crummey, who finished as Lucan's top scorer with 1-4, hit the important goal in the 55th minute when he angled brilliantly low to the corner of Stephen Chester's net after Colm Walsh showed great pace and anticipation to intercept an attempted quick puckout by Craobh.

The goal pushed Lucan 1-18 to 1-13 clear after earlier points in the last quarter from Ciarán Dowling (two frees), Cian McHugh and the influential Chris Crummey.

There was to be no way back for Craobh over the concluding minutes as Lucan moved into the last four.

In the opening half Craobh made the dream start when Cian Derwin's long-range point attempt was parried by Lucan keeper Seán McClelland only for Chiaráin's full-forward to bat the sliotar into the net in the opening minute.

However, points from Ciarán Dowling, the first of his six successful frees over the hour, and Charlie Keher settled Lucan's early nerves.

The opening quarter was very even and by the first water stoppage Craobh held a 1-3 to 0-5 lead - Lucan having struck the last two scores of the period through Paul Crummey and Charlie Keher.

The second period continued in a similar fashion with neither side able to command an upper hand for any sustained time.

Cian Derwin and James Finn, a fine fetch and strike, eased Craobh into a three-point lead, 1-5 to 0-5, but that was as big a margin as either side held in the opening half and by the break Craobh were 1-9 to 0-10 ahead.

Stephen Kelly made that lead three points when hitting the first score of the second half within two minutes of the restart.

Then Dublin senior hurler Chris Crummey came to the fore and his and his younger brother Paul were to play central roles in deciding the outcome of this contest.

Chris hit three points in succession between the 35th and 43rd minutes to bring the sides level, 0-13 to 1-10.

By the three-quarter mark points from Billy Ryan (free) and Cian Derwin either side of a Paul Crummey point had Craobh one point up, 1-12 to 0-14, with 15 minutes to play.

It was then that Lucan's produced their best with points on the restart from Ciarán Dowling (two frees) either side of a Cian McHugh score, following great graft from Paul Crummey, setting them on the road to victory.

Lucan were two points clear before Paul Crummey struck his goal in the 55th minute as Seán McCaffrey's men booked their berth in the last four.