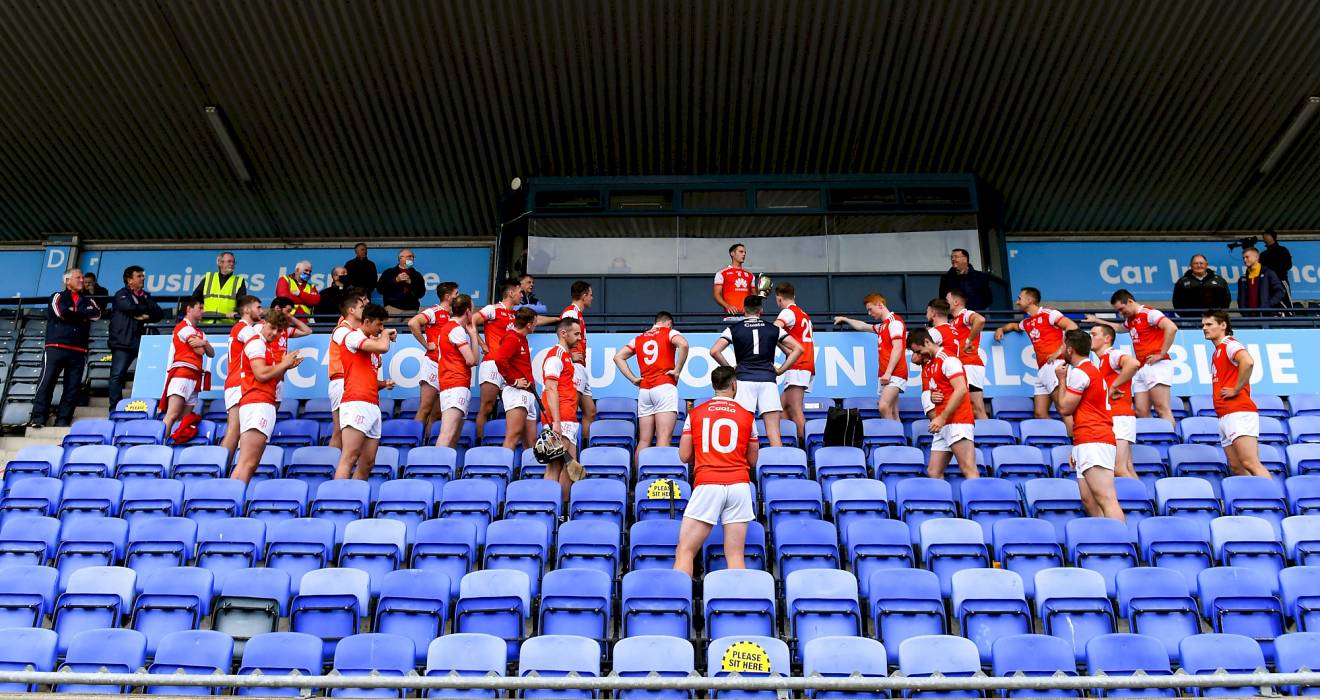 Cuala made it back-to-back Dublin SHC titles when they came with a strong last quarter to fend off Ballyboden St Enda’s in Sunday’s high quality final at Parnell Park.

Boden, who led by six points late in the opening half, were a point to the good as the teams entered the second half water break, 1-16 to 1-15.

However, the Dalkey men held the upperhand in the decisive moments to run out five-point victors after a sporting and entertaining duel between these two hurling heavyweights.

Over the hour-plus Cuala struck just two wides, both in the opening half, as Boden were left to rue ten wides in total with a particularly costly spell in the first half during which they were the dominant side.

Shortly after the second half water break Con O’Callaghan broke through on goal and was fouled for a penalty as his shot hit the net and Seán Moran clinically despatched the resulting penalty to see his side take the lead for the first time since the opening minute.

Within two minutes of the penalty Conal Keaney (Ballyboden) and Colum Sheanon (Cuala) were both sent off on second yellow cards and the big-game nous of the Dublin senior hurler was lacking by his side in the dying minutes.

However, Cuala keeper Seán Brennan also came to his side’s rescue when he made a terrific double save as the game moved into added time when four points separated the sides, 2-19 to 1-18.

Fittingly the last score of the game fell to David Treacy to bring his personal tally to 0-11 (0-7f,0-1 ‘65’) after playing a central role in his side’s eight Dublin SHC top-flight title – Sunday’s victory bringing them level with O’Toole’s and UCD in the top-flight roll of honour.

In a high-tempo contest David Treacy opened the scoring for the champions with a first minute free, however, Boden hit four in-a-row as their work-rate forced their opponents into a few early mistakes.

Paul Ryan (free), Conor Dooley from 80 metres, Paul Ryan again after working a clever one-two with Conal Keaney, and Niall Ryan were the Boden scores as they gave an early signal of intent.

A superbly finished goal by Seán Moran was much needed by Willie Maher’s men in the 11th minute to bring the sides level and by the water break Boden led 0-8 to 1-4.

Over the next seven minutes Boden outscored their rivals 1-3 to 0-1 for them to hold a 1-11 to 1-5 – Conal Keaney getting the goal after he reacted quickest to Seán Brennan’s athletic penalty save to deny Paul Ryan in the 23rd minute.

Further points from Niall Ryan and Paul Ryan, another stylish snapshot on the turn, had Boden 1-13 to 1-7 to the good in the 28th minute before points from Con O’Callaghan and Mark Schutte closed it to 1-13 to 1-9 at the interval.

Cuala began to show their class in the middle sector as the second half progressed while at the back both Cian O’Callaghan and Oisín Gough enjoyed telling contributions.

The quality of striking and score-taking was good from both sides and it was all teed up for a grand finale when they entered the second half water break with just the minimum between the sides, Boden in front 1-16 to 1-15.

The converted penalty was a huge lift to Cuala and points from David Treacy (two frees), Nicky Kenny and Seán Moran, following a great fetch, with Aidan Mellett and Niall Ryan pointing for Boden had Cuala four to the good as the game moved towards the final minute of normal time – both teams now down to 14 men.

Keeper Brennan’s quick reflexes quelled what could have been a late surge by Boden with Treacy’s free in the second minute of added time giving his side extra breathing space.