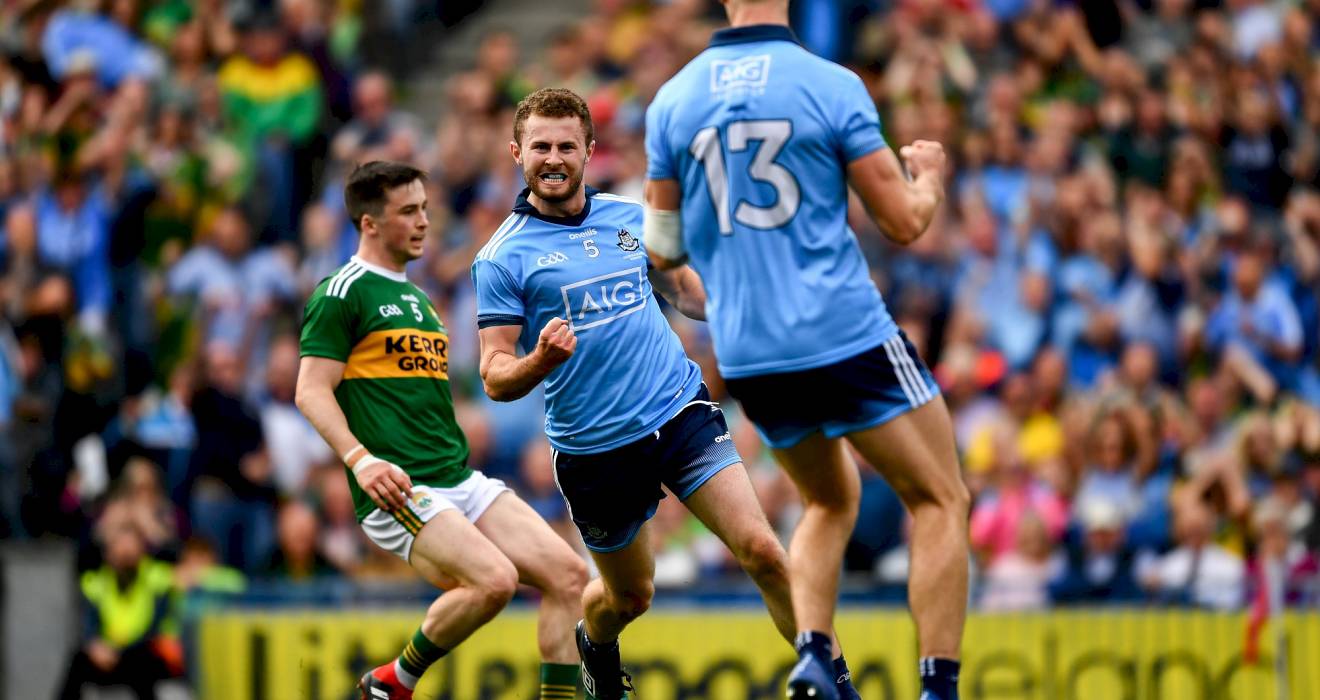 Another of the modern great Dublin verus Kerry championship games in terms of tension, drama and excitement.

The game had everything - goals, sending off, a clearance off the line, a penalty save, shot off crossbar, Hawkeye cancelling out a point which had been signalled as a score by an umpire, a late equaliser by the Dubs, an even later chance for Dublin to win it (despite being down a man for over half the match) and then almost nine minutes of added time it was over.

The counties will meet again in Croke Park on Saturday week (September 14, 6.0).

"That performance wasn’t good enough to get the result today," said Dublin manager Jim Gavin. "We have the opportunity now to try to rectify that the next day."

The tension was unreal down the closing stretch with Kerry reeling in Dublin, thanks to sub Killiane Spillane's 56th minute goal, and then edging in front with the finishing line in sight. 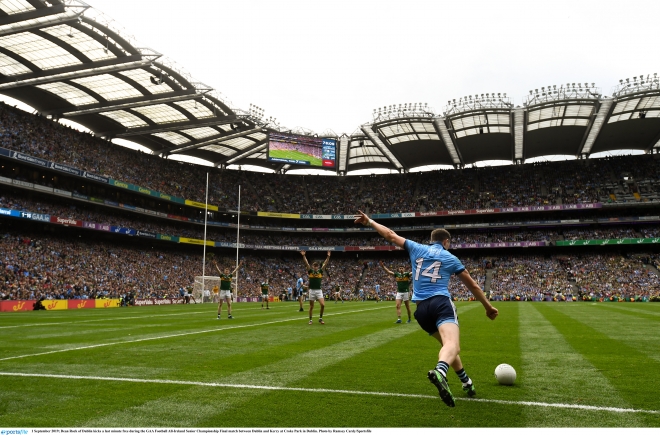 But Dublin did not buckle, despite losing Jonny Cooper towards the close of the first half to a second yellow card, and Jim Gavin's side had the better of the late scoring opportunities with Dean Rock hitting the equaliser before missing a very difficult free, from practically on the Cusack Stand sideline, which would have seen his side to victory.

Dublin were more economical in the opening stages of the first half but the Kingdom were generating plenty of opportunities and had the Dubs in trouble at stages.

In the sixth minute Kerry went hunting an early goal but Paul Geaney's low effort to the corner was cleared off the line by James McCarthy.

Six minutes later Kerry were award a penalty, with Cooper picking up a costly 'tick', but Stephen Cluxton showed all his experience and expertise to parry Geaney's spot-kick out for a '45' that was clincially scored by ace marksman Seán O'Shea.

It wasn't the first occasion Cluxton was to come to Dublin's rescue as he pulled off a great fingertip save that pushed a Paul Murphy goal attempt onto the crossbar in the second half. 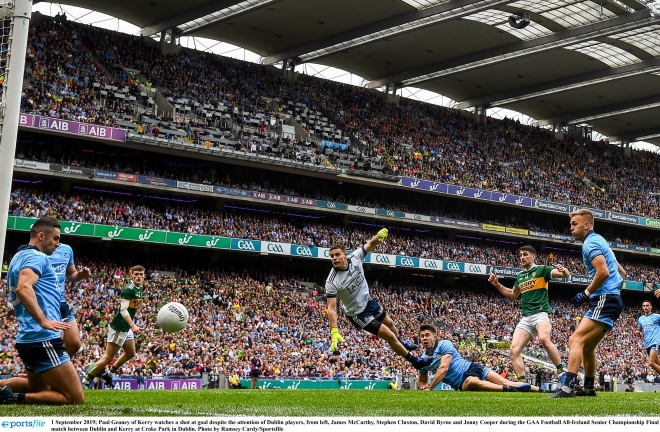 Seán O'Shea nosed Kerry 0-5 to 0-4 up before in the 19th minute Jack McCaffrey exploded through the centre of the Kerry defence, following a superb Brian Howard fetch off a Cluxton kickout, and rattled the net.

By the break Dublin were 1-9 to 0-8 clear but had lost Cooper just before the close of the opening half.

Goal-scorer McCaffrey was Dublin's main threat overall and his penetrating runs drove on his men as their numerical disadvantage looked to take its toll at time.

The flying Clontarf clubman kicked three second half points and with 15 minutes of normal time remaining Dublin were 1-14 to 0-12 ahead.

Kerry sub Tommy Walsh had a hand in a few scores and a frenetic finish was in store.

The Kingdom got in front, Dublin replied and they lifted their game for one last effort.

Sub Paddy Small was fouled but it was Rock's free just faded to the left and the counties have to do it all again.