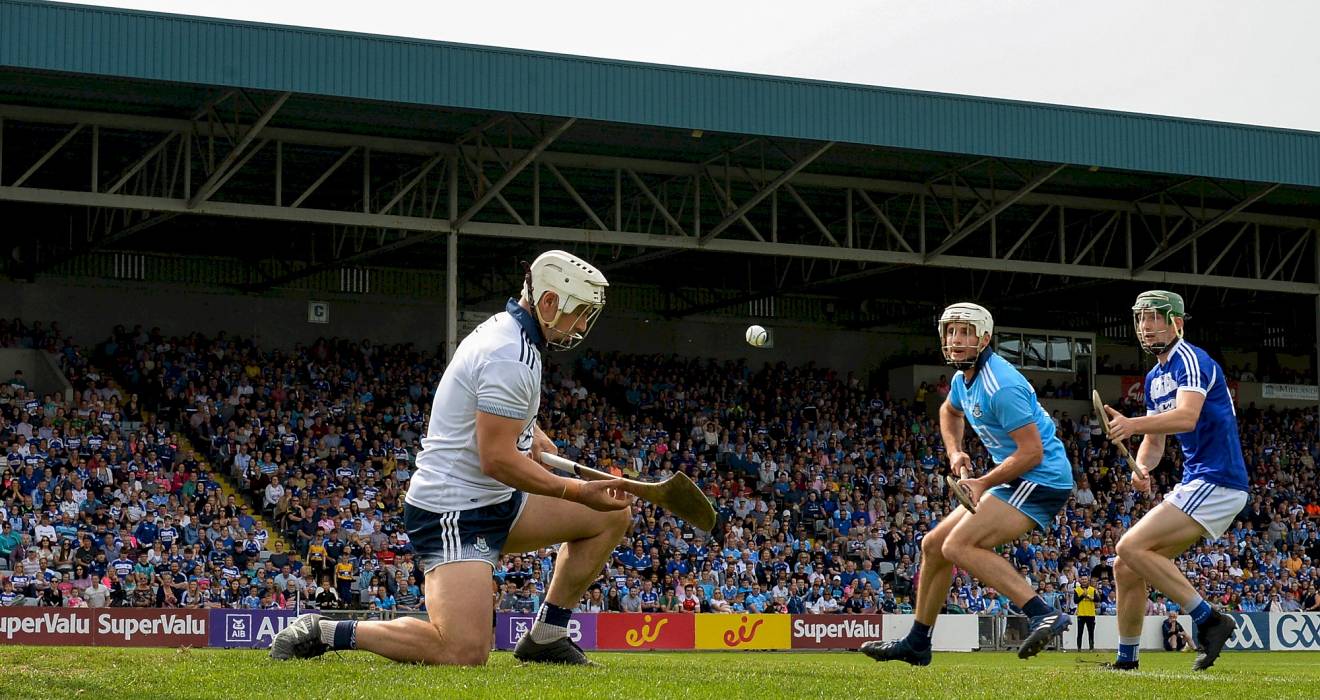 If you see someone walking the streets of Dublin this week scratching their heads the chances are they were in O'Moore Park, Portlaoise last Sunday.

The analysis of Dublin's display will probably go on for a while and it's difficult to come up with concrete answers to why they under-performed against the deserving victors Laois.

No post-mortem is complete without examining both sides of the coin and last Sunday was certainly a case of elements of Laois' display which ensured that Dublin were not going to gain the upperhand.

It is said that "the darkest hour is the one before the dawn" and certainly Dublin players, management and supporters are hoping that what doesn't break you makes you stronger . . . that Dublin will learn lots from their defeat.

Manager Mattie Kenny did not shy away from taking responsibility afterwards in his post-match interviews.

"There's an element of responsibility between the players and the management today," said Mattie.

"That was an unacceptable performance from our group. And we know that.

"It's a disappointing way to finish the season for us. Laois put up great fight there. They had great hunger. Dublin weren't at the required level. And we've nobody to blame for that only ourselves.

"It's a bitter disappointment for us. As I say, not taking anything from Laois, Laois played really well. But it wasn't a satisfactory performance for us.

"Sometimes it's not any one thing. If you're off on one thing, you're probably off on a lot of things. We had 17 missed scoring opportunities.

"That cost us dearly. But overall the intensity that we've been playing at for the last number of weeks, we didn't bring it.

It was obvious from the outset that Laois were fully charged up for the visit of Dublin.

No doubt some of the pre-match talk of a Dublin versus Tipp quarter-final and bookies already giving odds on such an encounter would have riled up the O'Moore County.

Their fans came in big numbers and certainly played their part in a great victory for Eddie Brennan's men.

From the outset Laois looked to have got their tactics spot on and their match-ups correct.

No doubt former Dublin hurler Niall Corcoran would have played a big role in this aspect of their game-plan as he utilised his 'inside knowlege' to telling effect.

Laois hurled with greater vigour and energy than Dublin in the early parts and might have recorded a few scores before they got the scoreboard moving.

Dublin, for their part, failed to repeat the work-rate and tackle count that had ultimately toppled Galway so famously a few weeks earlier.

The home side operated with a two-man full-forward line from the outset with Cha Dwyer partnering Paddy Purcell to telling effect to free up John Lennon to play the sweeper role.

Lennon did the job expertly and it was obvious from an early stage that Laois had done their work on how Dublin had unlocked the Galway defence - they were determined that a repeat was not on in Portlaoise.

The key score of the game was Aaron Dunphy's goal, Dublin looked somewhat lethargic for it with Willie Dunphy rewarded for showing greater will to get to the sliotar haring for the endline.

He got their first and from there put Dublin's defence on the back foot with Aaron Dunphy applying the finish after keeper Alan Nolan had parried the initial shot.

A bad early portent for the Dubs.

Dublin bombarded the Laois square late on but, in hindsight, might have been better served taking a leaf from the Laois book by working possession to the best man with space and time out the field to score from longer range.

Sunday's reversal topped a disappointing few weeks for hurling in the capital with the minor and U20s also making their championship exits, on both occasions in Parnell Park.

Not unlike the seniors the minor hurlers were slow to get out of the blocks of their 2-16 to 0-19 Leinster MHC semi-final defeat to Wexford (who went on to beat Kilkenny in the provincial final) in Parnell Park.

Dublin minors paid a heavy price for that slow start, playing catch-up for most of the opening period after falling 2-10 to 0-5 behind by the 29th minute.

Ultimately it was those two goals that separated the sides

Dublin improved massively over the course of the second half and laid siege to the Wexford goal late on but the goal they needed proved out of reach.

For the under-20s the fact they played a huge part in a classic was of scant consolation as they were beaten by Offaly, 1-29 to 2-25, after extra-time, in Parnell Park.

It was a physical, gripping contest that enthralled until the very last seconds when Offaly's John Murphy sent over the winning point after extra-time when converting a free from halfway to finally settle the outcome.

Dublin had battled back heroically in extra-time after trailing by seven points, towards the close of the first period of extra-time, to draw level as the game moved into added time.

For the summer of 2019 it’s over for Dublin at the senior, U20 and minor grades but they will return with renewed energy in 2020, no doubt extra determined to right the wrongs of this summer.