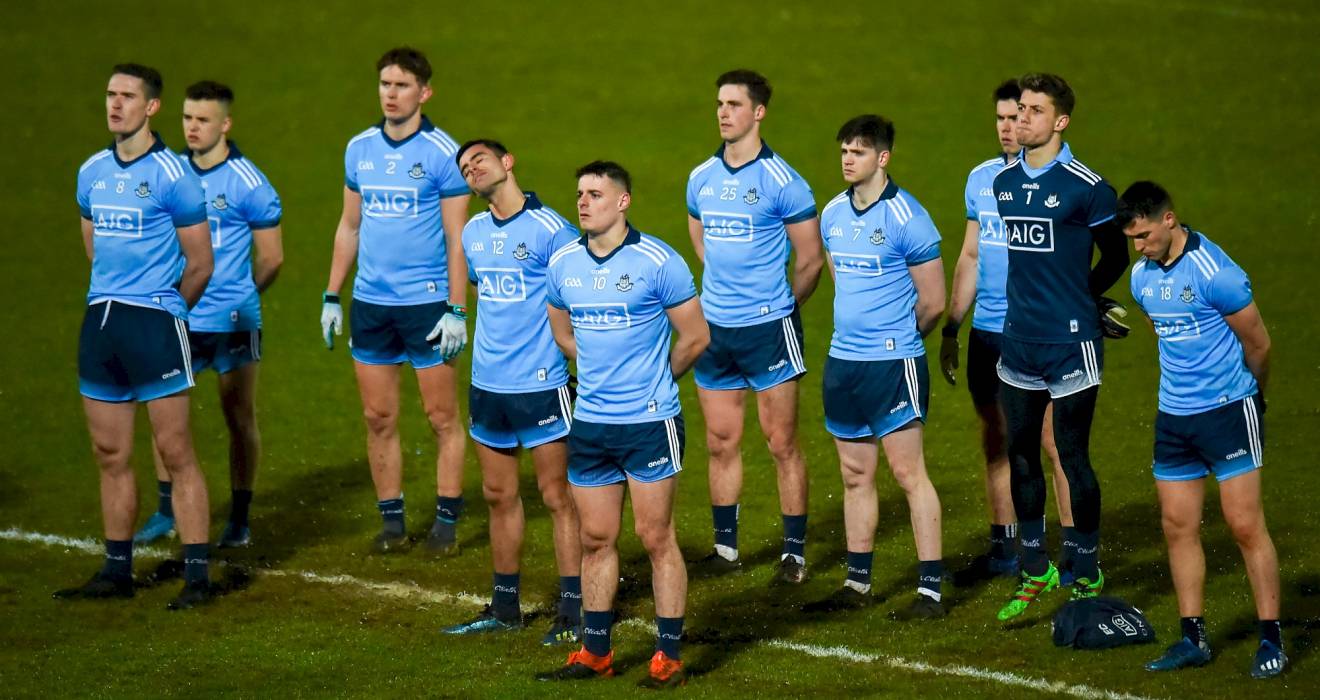 Live coverage on Eir Sport, on RTÉ Radio One & updates on @DubGAAOfficial on Twitter.

It has been a year like no other but for inter-county players the countdown to project restart is well underway.

Dublin's senior footballers will recommence their league programme against Meath in Parnell Park on Saturday, October 17th (7pm- live on Eir Sport) before facing Galway eight days later in Salthill (2.0). Also on Oct 17th, the county's minor footballers are in Leinster MFC action (against Meath) and the U20 footballers face Tyone in their All-Ireland semi-final (Breffni Park).

The Dubs last faced the Royal County in a league game back in April 2008, with current players Stephen Cluxton in goals and Paddy Andrews at corner-back, prevailing in a controversial encounter (0-13 to 2-6).

As a recap Dublin currently lie in joint-third, with Tyrone, in FL Division 1 behind pace-setters Galway and second-placed Kerry.

Dessie Farrell's men have won two, drawn two and lost one of their five league games to date. However, they were last in action back on February 29 when losing to Tyrone in Omagh.

Last September Dublin cemented their place in history when securing the five in-a-row of All-Ireland senior football championships - since then though Eoghan O'Gara, Bernard Brogan, Darren Daly and Diarmuid Connolly have elected to retire from the intercounty game after stellar careers.

Between them they accumulated 27 All-Ireland senior medals along with all their other provincial and national honours. Apart from the four named Jack McCaffrey is not currently part of the Dublin squad. So from last year's championship squad of 37 there are five absentees, a significant change.

“I don’t need to tell anyone how great a footballer he was. That’s plain to see. What people didn’t see and what probably went unnoticed was his leadership within the dressing room and the group.

"He was a key figure in establishing this group’s identity. I think that is something that he has left there in the changing room and something that will live on even though he is gone from the team,” said Cian.

The record of Dublin's all-time top-scorer is currently held by Jimmy Keaveney (30-402, 104 games) but it is a record under imminent pressure from Dean Rock.

Dean, who has been Dublin's top-scorer (combined NFL and SFC) from 2015 to 2019 was once again leading the way this season before lockdown.

In the five league games to date this year he has scored 2-23 (0-20f, 1-0pen) to bring his overall career tally to 16-442 (94 games) so he could move into pole position if selected and things go well against the Royals in the upcoming league encounter.

It's not the only all-time Dublin record under threat as Stephen Cluxton closes in on that one currently held by Johnny McDonnell as the county's longest serving footballer at senior level.

Johnny's career spanned from mid July 1919 to late May 1938 and when Stephen next makes an appearance for the Dubs he'll add that record to his incredible collection.

Looking ahead to the recommencement of games and the unusual times we currently live in with regard to spectators' attendance, Dublin defender Jonny Cooper said: “It’ll obviously be something we’re not used to,but at the same time I don’t think it’s going to throw us off too much and you just do your best to adapt.

“We’re certainly getting to know each other better as a team and as a coaching group the last few weeks.

“There’s also lots that worked in the past, so it’s about trying to consolidate that.

“We’re trying our best to make sure that what has worked is kept, to a certain degree. But also be very open and honest with regards (to) spaces where we can grow.”