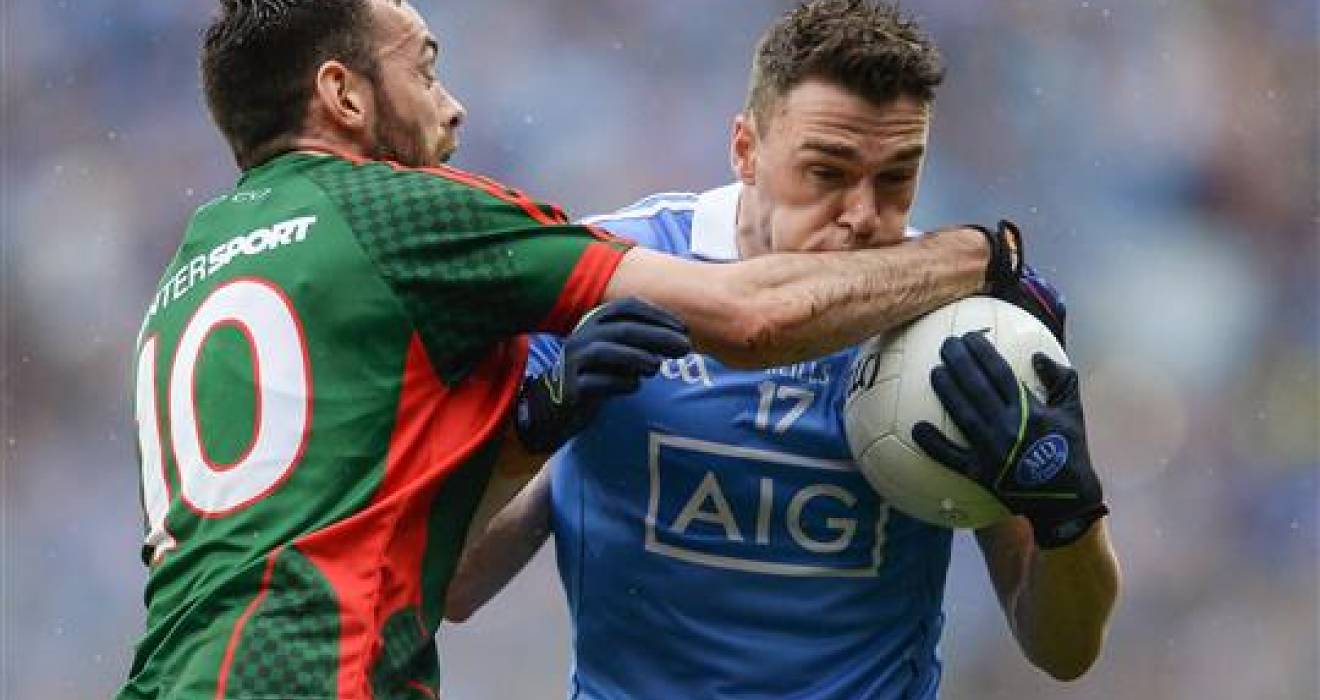 Dubs and Mayo must do it all again

Dublin and Mayo will have it all to do again on Saturday week (October 1, 5.0) after Cillian O'Connor's late point snatched a draw for the Connacht men in Sunday's All-Ireland SFC final at Croke Park.

In a match full of incident if not of the highest quality in difficult conditions the Dubs led by three points entering the seven minutes added time following points from the excellent John Small, a Dean Rock free and super point off his left by Diarmuid Connolly.

However, it wasn't to be as Mayo battled bravely back with scores from Cillian O'Connor (free), Dylan Vaughan and O'Connor with the equaliser forcing a replay.

But by half-time they somehow led 2-4 to 0-5 after two fortunate goals - the moves leading up to the goals were well executed but the finish had more than an element of luck to them from a Dublin perspective.

In the ninth minute Brian Fenton cut through the Mayo defence, his shot was well saved by David Clarke before Bernard Brogan's rebound two two deflections of Mayo men on it's way to the net, eventually making it's way there off Kevin McLoughlin's left boot.

In the 22nd minute a sublime free from Diarmuid Connolly placed Dean Rock behind the Mayo full-back line, the Ballymun Kickhams man fumbled the ball onto the boot of the in-rushing Colm Boyle, beating his own team-mate Clarke from close range to put Dublin 2-0 to 0-3 clear.

Dublin lost James McCarthy to a black card in the 25th minute with the introduction of Paddy Andrews to the Dublin attack sparking a bit more life out of the forward unit.

Andrews tagged on two fine points and by the interval the Dubs were five clear, 2-4 to 0-5.

If Dublin were hoping for a restart similar to that versus Kerry it utterly failed to materialise as Mayo were the ones full of running and aggression.

Dublin responded however with Fenton and Dean Rock on target but back came Mayo again through Andy Moran, a point when a goal opportunity was there, and sub Alan Dillon to level it once again with six minutes of normal time to play.

Dublin looked like the could have edged it with those scores from Small, Rock and Connolly but Mayo were not to be done and did brilliantly to find the scores for the draw.