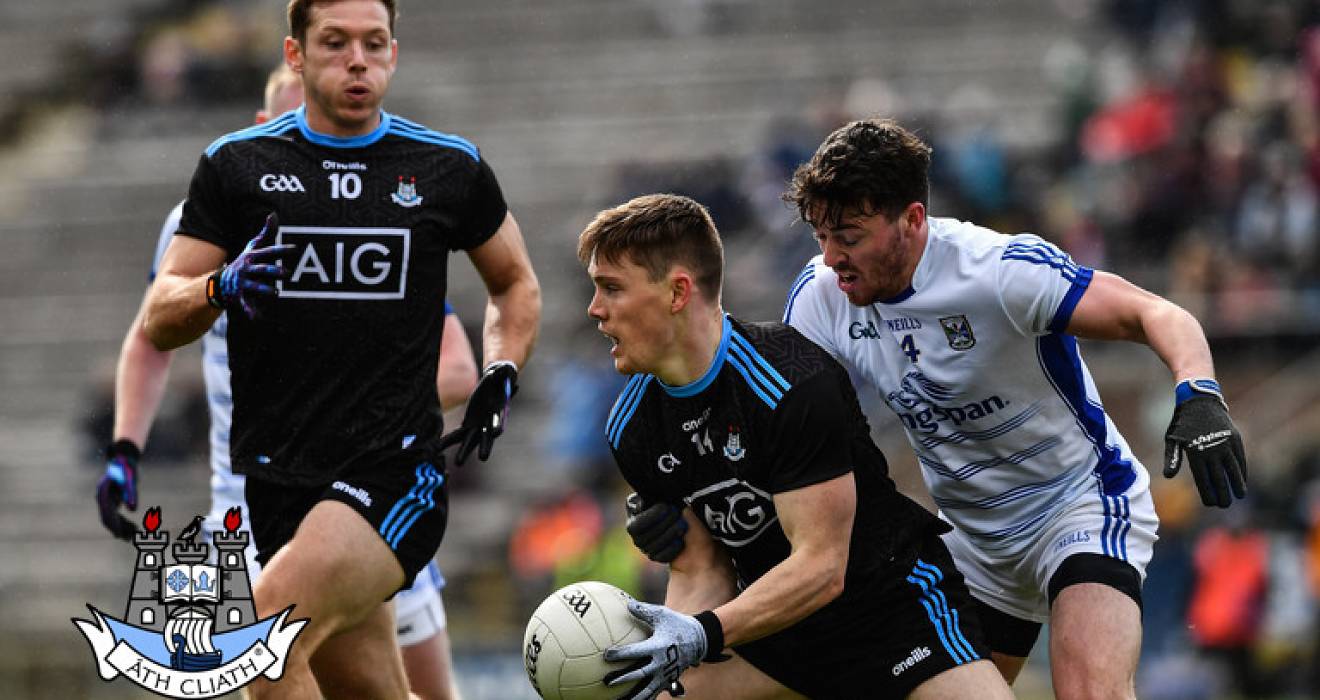 Dublin face Cavan in Championship action for the first time since 1942 when they clash in this Saturday's All-Ireland SFC semi-final at Croke Park (5.30).

The Dubs won that Croke Park encounter 1-6 to 1-3 with Dublin's goal scored by Paddy 'Beefy' Kennedy.

In recent times the counties have met in both the 2017 and 2019 Leagues with Dublin coming out on top on both occasions in Breffni Park.

Cavan progressed to Saturday's semi-final with victories over Monaghan (after extra-time), Antrim, Down and then Donegal in the Ulster decider - with very strong second-half displays a feature of all games.

Here we look back on the two recent League encounters. 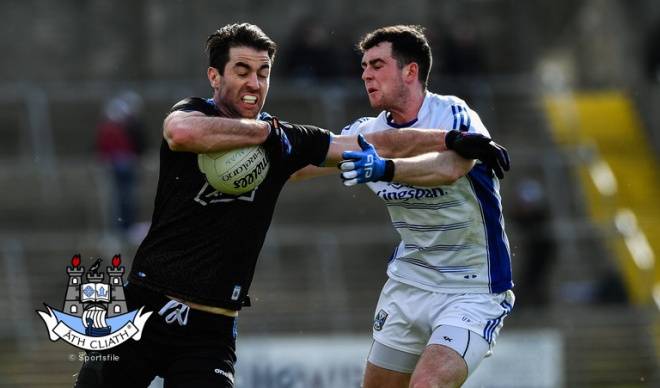 Dublin ended their FL Division 1 campaign with a victory when overcoming hosts Cavan by six points in Breffni Park in front of an attendance of 7,311.
The Dubs knew in advance they could not reach this year's league decider but for Cavan this defeat confirmed their relegation.
Philly McMahon and Bernard Brogan both made their first appearances of the season off the bench as Jim Gavin's men next focus in the club SFC for April.
With Dean Rock's radar on target Dublin led 0-8 to 1-4 at the break. The Ballymun Kickhams man kicked all bar one point of Dublin's tally with Paul Mannion contributing the other.
The Breffni Blues goal arrived just before the break when Martin Reilly flicked a delivery from Gearóid McKiernan to the net.
Paul Mannion's goal early in the second half was the Dubs vital score and from then on there was only going to be one winner.
“It’s been a good League for us,” said Dublin manager Jim Gavin afterwards.
“Our performances in general, we take some satisfaction from them. We’re probably averaging 17 or 18 points per game, a lot more than any team out there – so that’s pleasing.
“We got a lot of game-time into players as well. So we had a good 10-week block. We got a lot from it.”
Reflecting back on the previous weekend’s loss to Tyrone Jim added: “What we referenced was just that our skill set last week was off.”
“And the standards that the players set themselves wasn’t what we’d expect from them, no matter who we’re playing against.
“That was the only thing we referenced from the previous game.”
SCORERS – Dublin: D Rock 0-9 (0-5f, 0-1m), P Mannion 1-3 (0-1m), C Kilkenny (0-1m), K McManamon, S Bugler, C Basquel 0-1 each. Cavan: M Reilly 1-2 (0-1m), G McKiernan 0-3 (0-2f), C Conroy, C Madden, D McVeety (0-1m), P Graham, K Clarke 0-1 each.
DUBLIN: E Comerford; D Byrne, C O’Sullivan, D Daly; B Howard, J McCarthy, C O’Connor; MD Macauley, D Gavin; P Flynn, C O’Callaghan, N Scully; P Mannion, C Kilkenny, D Rock. Subs: K McManamon for Flynn (43), S Bugler for Scully (47), P McMahon for O’Connor (57), C Basquel for Mannion (63), B Brogan for Macauley (65).
CAVAN: R Galligan; P Faulkner, K Clarke, J McLoughlin; C Rehill, C Moynagh, G Smith; G McKiernan, J Galligan; C Brady, D McVeety, P Graham; M Reilly, C Conroy, C Madden. Subs: B Fortune for McLoughlin (inj, 46), J Brady for Madden (49), C Mackey for G Smith (50), N Murray for Graham (52), S Murray for Conroy (64).
REF: R Hickey (Clare). 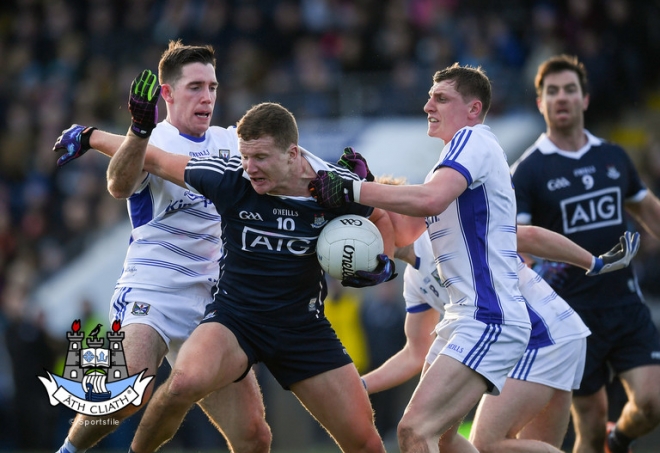 Dublin made a winning start to their 2017 NFL campaign when seeing off the determined challenge of Cavan at Kingspan Breffni Park in front of an official attendance of 16,331.
A scoring surge in the lead up to the half-time break did the damage for Jim Gavin's men after a very evenly contested opening 20 minutes.
The hosts led 0-5 to 0-4 after 21 minutes but between then and the interval Dublin took control of the contest and by half-time were 0-10 to 0-7 clear.
Cavan deployed a defensive system which stymied the Dubs in the opening exchanges but with Dublin starting to boss the middle third they hit five unanswered points before the 30th minute to put distance between the sides.
A superb Seánie Johnston point from near the corner flag at the town end must have given Cavan hope of an upset but it was Dublin who lifted their game with points from Jason Whelan following a good fetch from Brian Fenton.
Dublin started to show signs of champions and Ciarán Kilkenny edged Dublin in front with a well struck point. The hard-working Niall Scully then dovetailed with Jack McCaffrey on a counter-attack move to impressively split the posts from 40 metres and Dublin were now in control.
Further scores from Jack McCaffrey, after a one-two with Eric Lowndes, and a Dean Rock free had Dublin 0-9 to 0-5 up by the 30th minute.
However, Cavan rallied with a point from the talented Gerard Smith and a Niall McDermott free before Dublin closed the opening period out with a Dean Rock free following a foul on Niall Scully.
As the second half wore on the Dubs began to exert an even greater influence on the game and but for some bad wides would have been safe by the three-quarter marker.
James McCarthy continued to drive his men on and kicked the first of two good second half points in the 43rd minute, his second coming off his left foot from a tight angle, before Dean Rock and Niall Scully from long range made it 0-14 to 0-8.
Dublin were never in trouble after that and could begin to introduce more subs.