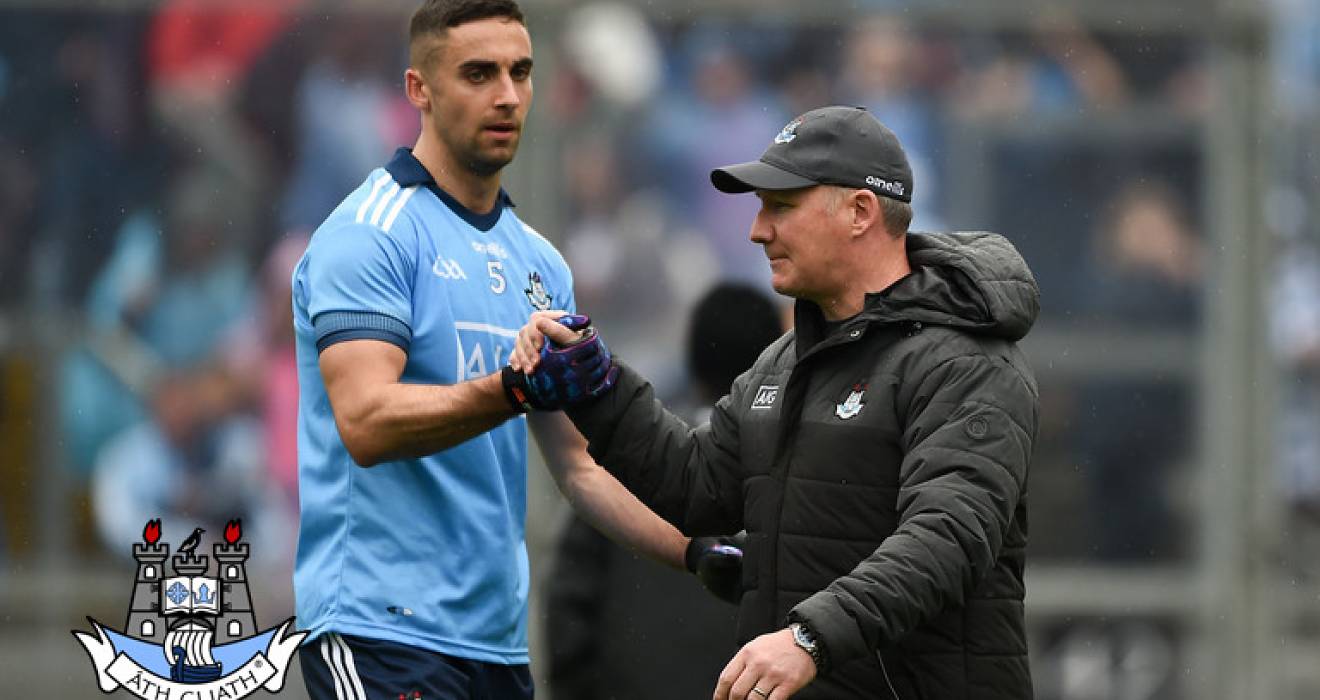 Dublin versus Cork games are not too frequent in recent years.

Here we look at the route to Saturday's game for both teams and back to their most recent meetings in the NFL and SFC.

PATHS TO THE QUARTER-FINALS 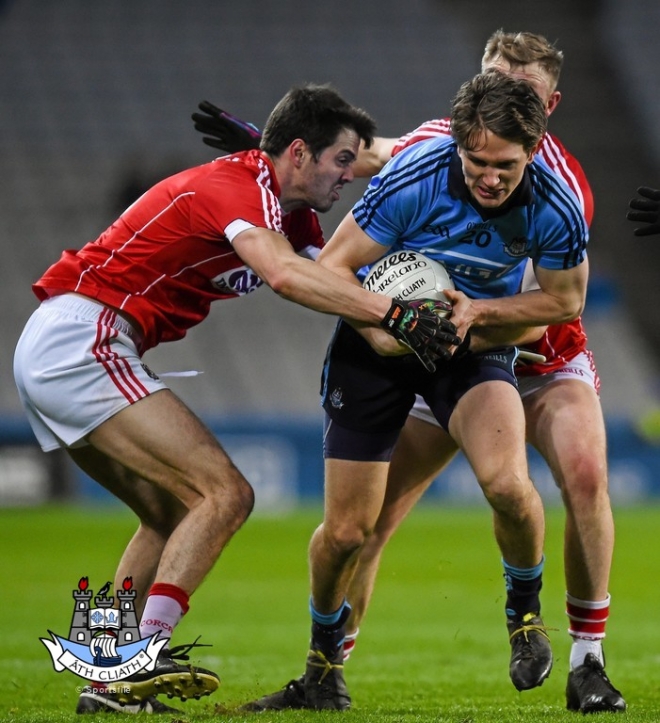 Dublin showed the mark of champions when they came from eight points in arrears, 2-7 to 1-2 late in the first half, to defeat Cork in this NFL Division 1 clash at Croke Park in front of a crowd of 20,280.

The victory, Dublin's fourth from as many starts that season, pushed them very close already to qualification for the semi-finals as they attempted to win four leagues in-a-row for the first time in Dublin's history.

Jim Gavin's men showed the self-belief and mettle that comes with continuous success as they woke from a sleepy first half display to outplay the Rebels in the second.

Cork led by seven points at the interval after a half during which Dublin failed for the large part to trouble the Cork rearguard who deploy extra defenders down the central spine of their defence.

Diarmuid Connolly's superbly taken goal lifted Dublin's hopes after they had trailed 1-4 to 0-0 inside 20 minutes and by the break Cork led 2-7 to 1-3.

The second half was a different story as the tempo and accuracy of Dublin's play improved by several gears while their give-and-go running game began to play dividends.

The deadball accuracy of Cormac Costello was unerring while the Whitehall Colmcille's man also curled over one beauty off his left foot.

A couple of late frees when the pressure was on put Dublin in front before the hard-working James McCarthy blasted to the net in the fourth minute of injury-time at the end of one of his trademark dynamic runs.

Dublin lost Jonny Cooper to a second yellow card in the 63rd minute but after being knocked back briefly they refocused and drove on to victory.

The Dubs also had one lucky escape at the back when Peter Kelleher's fisted effort under a dropping ball came back off the butt of the upright and was eventually cleared away from danger. 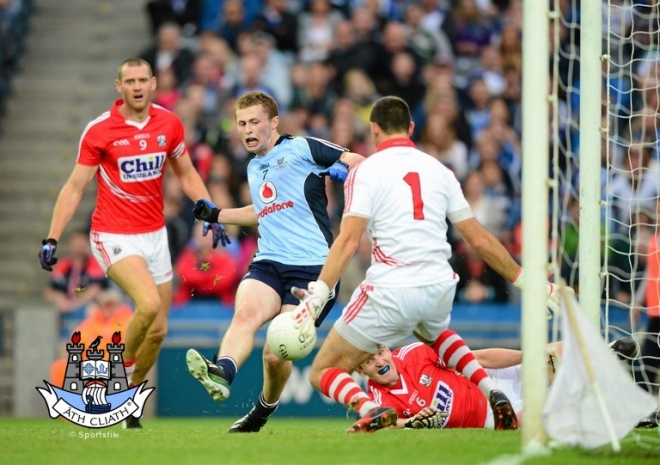 Dublin advanced to the All-Ireland SFC semi-final after a very impressive five-point victory over Cork at Croke Park.

Jim Gavin’s side joined Tyrone in the last four, the Red Hands having defeated Monaghan in the earlier game of the double-header at Headquarters in front of an attendance of 70,018.

It was an ominous sign of intent from Dublin, who should have won the game by a lot more. Although Cork contributed plenty to a lively and entertaining game, Dublin missed a large number of goal chances in both halves, and should have been well ahead of Cork by the end.

The game was tight on the scoreboard throughout, and Cork showed great spirit to stay in the game, but Jack McCaffrey’s brilliant goal on 39 minutes saw Dublin take a four-point lead, and they were in control, more or less, for the rest of the game.

Goalkeeper Stephen Cluxton was their top-scorer with six points after a brilliant display, and his points proved crucial, considering how profligate his team-mates had been in other areas.

Dublin lead 0-9 to 0-7 at the end of an absorbing first half, but they should have been further in front.

Cork started brightly with points from Daniel Goulding and Ciarán Sheehan, but with Cluxton imperious from placed balls, Dublin lead 0-4 to 0-2 after nine minutes, with the goalkeeper kicking three of those.

Cork got level following scores from Brian Hurley and John O’Rourke, and they were using a strategy of pumping high ball into their full-forward line, and it was paying dividends, with Sheehan excelling in the air.

However, Dublin were creating a lot of goal chances, with Paul Flynn, Michael Darragh Macauley and Bernard Brogan all going close in the first half.

Flynn managed two points in the opening 35 minutes, and he put Dublin 0-7 to 0-6 ahead a few minutes shy of half-time.

Dublin were on top by then, and they finished the half with points from Ciarán Kilkenny and Brogan.

McCaffrey was outstanding throughout, and he was rewarded for his efforts when he scored a brilliant goal at the start of the second half. He embarked on a searing run down the left wing, exchanged passes with Paul Mannion, and crashed the ball into the top right hand corner of the net from a very tight angle.

That put Dublin four ahead, but Cork responded well with two points from the increasingly influential Brian Hurley.

One of Hurley’s points could have been a goal had he kept his shot down, and a Cork goal at that stage could have led to a very different result.

However, Dublin brought Kevin McManamon, Dean Rock and Denis Bastick all on in the second half, and all three were very influential, scoring a combined tally of 0-4.

Cork battled hard, and tried desperately to force the goal chance they needed. Apart from a few scary moments though, Dublin held out, and when Cluxton drove over his sixth point of the day late on, the game was up for Cork.