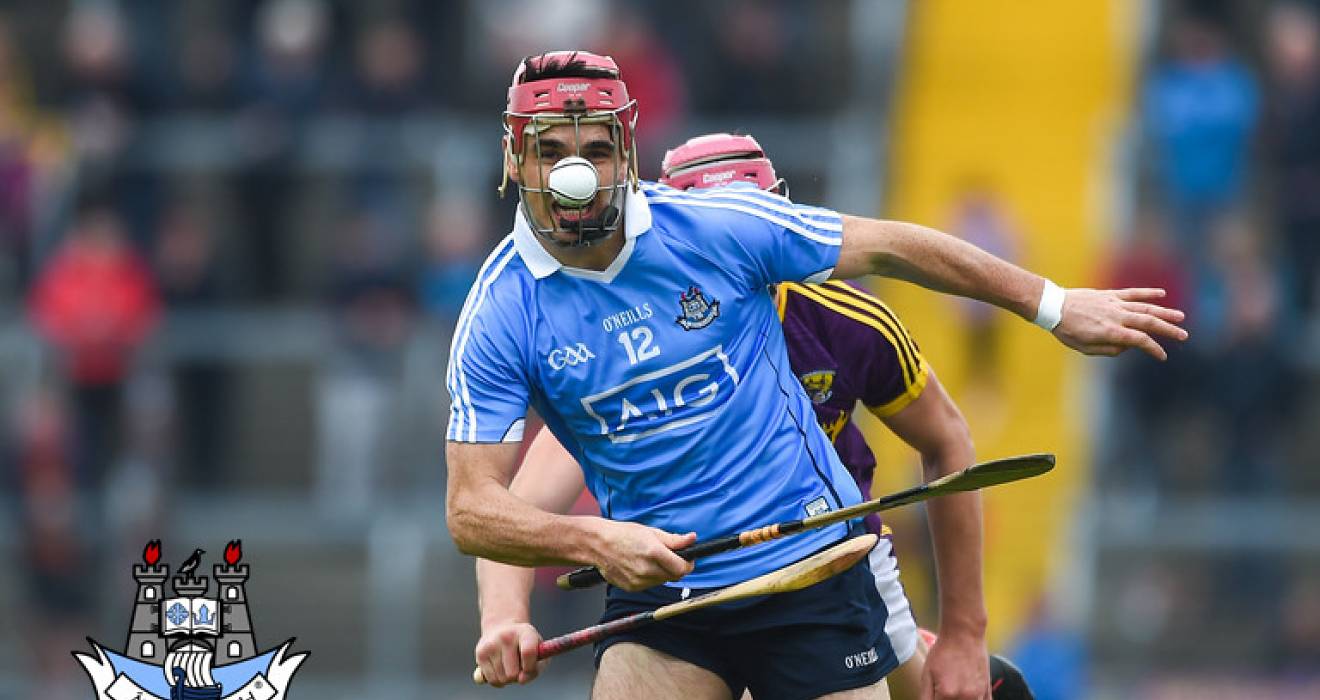 Dublin hurlers and Wexford collide for the sixth time in seven summers of Leinster SHC action when they meet in Parnell Park this Sunday (3.0).

Dublin won in 2016, 2014 and 2013 (replay) while Wexford prevailed by two points in last year’s Leinster ‘round robin’ in Innovate Wexford Park.

Here we look back at the two most recent SHC encounters between the counties as well as the most recent meeting in the Walsh Cup.

Dublin's senior hurlers jumped the hurdle of Wexford with plenty to spare in this Leinster SHC quarter-final at Croke Park in front of an attendance of 13,066.

First half goals from Eamonn Dillon and Darragh O'Connell put Ger Cunningham's men on the road to victory and they never looked in any great trouble in the second period.

Dublin led 2-10 to 0-8 at the break with Eamonn Dillon's excellent 17th minute goal filling his side with confidence.

Darragh O'Connell secured the second goal, shortly before half-time, following good work by Mark Schutte and overall it was a good night for the Dublin attack with 11 different players including Niall McMorrow* clipping four points from play and three subs also getting on the scoresheet as Dublin outscored their opposition 2-6 to 0-3 from the 15th minute on of the opening half.

Niall McMorrow received the Man of the Match honour for his fine display.

Dublin defence also stood strong with the imposing half-back line of Shane Barrett, Liam Rushe and Chris Crummey quelling the Wexford attack who depended too much on Conor McDonald and Liam McGovern for inspiration.

The Slaneysiders restarted the second half better with a flurry of early points but their comeback was short-lived as they failed to score from the 52nd minute onward as Dublin ran out comprehensive winners as David Treacy's deadball accuracy kept the scoreboard ticking over to the finish. 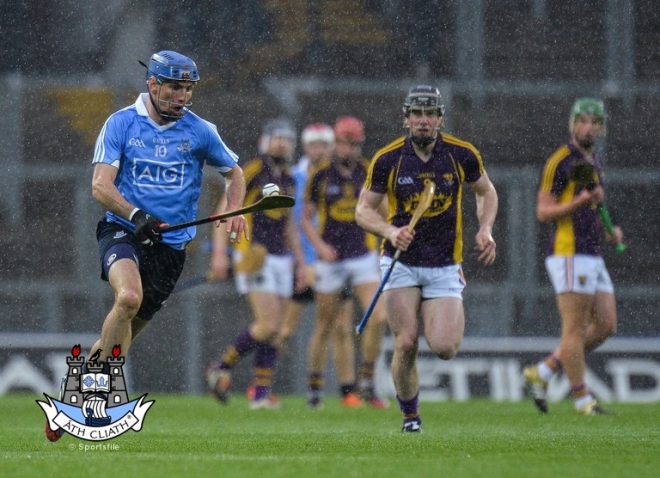 For the second weekend in-a-row Dublin hurlers were edged out in a frenetic finale as hosts Wexford hit three points in added time to claim victory in this Leinster SHC round-robin duel in Innovate Wexford Park.

The Dubs had come with a storming finish to nose in front 2-14 to 0-19 as the game ticked into added time but through two Rory O'Connor points - one free and the other a monstrous 90-metre point from play - and an insurance score from Harry Kehoe Wexford sealed victory in front of an attendance of 10,228.

The Slaneysiders looked to be getting on top by the midpoint of the second half as they moved into a 0-16 to 1-9 lead and then Alan Nolan pulled off his second fine save of the encounter to deny Rory O'Connor, a goal then might have sunk Dublin but back the Dubs came with a Cian Boland score.

But from the 24th minute of the second half Dublin raised their game with a Paul Ryan free and three minutes later the Ballyboden St Enda's clinically finished to the net to make it 0-18 to 2-11.

Points from Liam Rushe and Danny Sutcliffe put the Dubs in front for only the third time in the game, 2-13 to 0-18, by the 66th minute.

The influential Rory O'Connor levelled it for Wexford with a 70-metre free in the final minute of normal time before Dublin sub David Treacy fired over from a tight angle to give his side the lead again.

But similar to last weekend's loss to Kilkenny the late vital scores all came from the opponents with O'Connor and Kehoe getting the winning scores.

Wexford led by the minimum at the half-time break, 0-10 to 1-6, thanks to two converted Rory O'Connor frees late in the half.

O'Connor's deadball accuracy was central to the Slaneysiders interval advantage as he was successful with seven out of eight attempts.

In a hotly-contest physical battle, where both defences were on top, scores from play were at a premium at both ends.

Paul Ryan converted four frees during the opening 35 minutes but it was the Dubs who got the only goal of the half when Rian McBride applied the finish after Paul Ryan's initial attempt was blocked by Wexford full-back Liam Ryan.

McBride's goal arrived in the 13th minute to bring Dublin level, 1-2 to 0-5, but Wexford responded with the next two scores through O'Connor, a free from 65 metres, and a fine point from play by wing-back Paudie Foley.

Two Paul Ryan frees had Dublin level, 0-7 to 1-4, by the 20th minute as neither side could establish any dominance in the contest.

Just after the half hour mark points in quick succession from Jake Malone and Paddy Smyth, after he combined with Seán Moran, pushed Pat Gilroy's men into a 1-6 to 0-8 lead after 32 minutes.

Alan Nolan did well to prevent a Wexford goal when the stopped Paul Morris following good skill from Conor McDonald.

But it was the home side who got the last two scores of the opening period with O'Connor slotting two frees to edge in front in added time, 0-10 to 1-6.

A storming last 20 minutes by the Slaneysiders saw Davy Fitzgerald's men come from behind to run out seven-point victors in this Bord na Móna Walsh Cup semi-final at Parnell Park.

The Dubs led 0-11 to 0-8 at the interval and had stretched their advantage to 0-15 to 0-10 by the 45th minute, however, the sending off of Paul Winters (second yellow) coupled with a scoring surge by Wexford saw the visitors to victory.

Cathal Dunbar clinically executed 51st minute goal was the catalyst for Wexford's charge for victory and coming so soon after Winters' dismissal it rocked Dublin back on their heels.

The Slaneysiders would go on to hit an unanswered 1-10 to run out convincing winners in the end with Fergal Whitely's point, his third from play, in added time at the end of the game the hosts first score in over 25 minutes as Dublin's challenge faded badly.

In the opening half Wexford settled first with two Conor McDonald points but Dublin replied with two frees from Winters before a long-range Paudie Foley free edged Wexford back in front.

Dublin then hit four in-a-row with Winters and Whitely on target and by the break Dublin were 0-11 to 0-8 to the good with Donal Burke taking over the freetaking duties towards the conclusion of the half and converting two difficult frees.

The point of the half came from Danny Sutcliffe in the 19th minute when some clever movement from the Dublin half-forward line saw the St Jude's man picked out by an Alan Nolan puckout and Sutcliffe rounded his man before accelerating towards goal from 50 metres and eventually clipping over from 20 metres off his left.

Early second half points from Burke (two frees), Johnny McCaffrey and Whitely had Dublin in a strong position when leading 0-15 to 0-10 by the tenth minute of the second half.

Then the home side suffered the double blow of first the sending off and then Dunbar's goal as Wexford finished the game off in style with Jack Guiney coming off the bench to strengthen their scoring surge with two fine points from play.