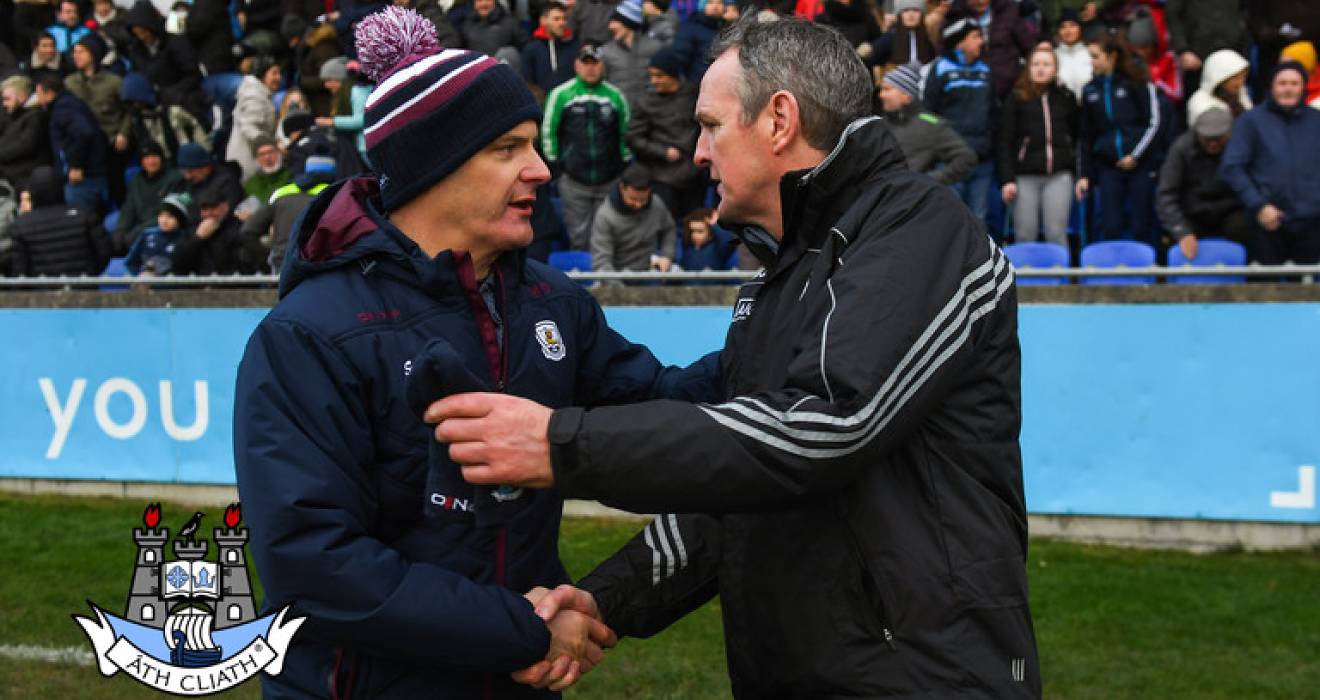 Dublin and Galway hurlers have met regularly over the past few seasons in Walsh Cup, League and Championship action but no tie as big as this Saturday's Leinster SHC clash in Parnell Park (7.0).

A full-house is expected at the Donnycarney venue for the tenth SHC duel between the counties and the permutations in terms of progression to the knockout stages are numerous.

1: Wexford and Dublin win: Wexford (6 points) and Dublin (5 points) contest the Leinster SHC Final. Galway also finish on five points but lose out to Dublin on the head-to-head rule and so progress to the All-Ireland SHC preliminary quarter-finals.

4: Kilkenny and Dublin win: Kilkenny (6 points) and Dublin (5 points) contest the Leinster SHC Final. Galway also finish on five points but lose out to Dublin on the head-to-head rule and so advance to the All-Ireland SHC preliminary quarter-final.

6: Kilkenny win and Galway and Dublin draw: Kilkenny (6 points) and Galway (6 points) contest the Leinster SHC Final. Wexford and Dublin would both finish on 4 points and would be separated by scoring difference as their own match earlier in the Leinster SHC finished in a draw. Currently Wexford’s scoring advantage is +15 while Dublin’s is +7. So unless Dublin make up that eight-point scoring differential on Round 5, Wexford would advance to the All-Ireland SHC preliminary quarter-final.

7: Galway win and Kilkenny and Wexford draw: Galway (7 points) and Kilkenny (5 points) would contest the Leinster SHC Final. Wexford would also finish on five points but would be ranked lower than Kilkenny in the table on scoring difference and so would advance to the All-Ireland SHC preliminary quarter-final. Kilkenny’s scoring difference is currently +18 while Wexford’s is +15 and that would be unchanged in a draw scenario.

9: Dublin and Galway draw & Wexford and Kilkenny draw: Galway (6 points) and Kilkenny (5 points) would contest the Leinster SHC Final. Wexford would also finish on five points but an inferior scoring difference to Kilkenny’s means they would advance to the All-Ireland SHC preliminary quarter-final.

Here we look back on recent meetings between Dublin's and Galway's senior hurlers.

*Galway beat Dublin by 0-20 to 1-11 in this year's Allianz League in Pearse Stadium.

*Dublin's last win over Galway in the championship was in the 2013 Leinster final.

*This will be only the tenth championship match between the counties, with Dublin leading 5-3 while there was one draw in the previous nine.

Hosts Galway were deserving winners as Dublin struggled to make the desired impact in this HL Division 1B clash at Pearse Stadium, Salthill.

Apart from Danny Sutcliffe's goal, which made it 0-5 to 1-1, the Dubs lacked spark and there was never any doubt about the eventual outcome heading down the home straight in front of a crowd of 6,983.

Galway, after playing with the wind led 0-13 to 1-4 at the interval, with the accuracy of Joe Canning from placed balls to the fore and the dynamism of Cathal Mannion a telling factor.

Dublin's goal arrived in the 15th minute when Oisín O'Rorke won possession before leaving Jack Grealish in his wake and presenting Sutcliffe with the opportunity.

But Galway reeled off the next five scores without reply before Rian McBride converted a sideline before adding a point from play.

The second-half started with promise for Mattie Kenny's men when half-time sub Donal Burke pointed in the opening minute.

However, three points on the spin from the Tribesmen dampened any hope of a Dublin revival in the second period.

“When you come down to places like Pearse Stadium, against a quality team like Galway, then you’ll know where you’re at and you’re not in any false position,” said Dublin manager Mattie Kenny afterwards.

“Galway are All-Ireland champions from 2017. They are one of the top two sides … that’s the standard that we’ve got to get to.

“Any time you lose, you’re a bit disappointed. Hopefully, they will learn something and it will stand to us as the year goes on," added Mattie.

“A lot of these guys have played an awful lot of Fitzgibbon games. We talked about it a few weeks ago, the load that is on them.

“I’m not making any excuses, but Galway looked that big sharper and they were more top-of-the-ground and we looked leggy all across the field.” 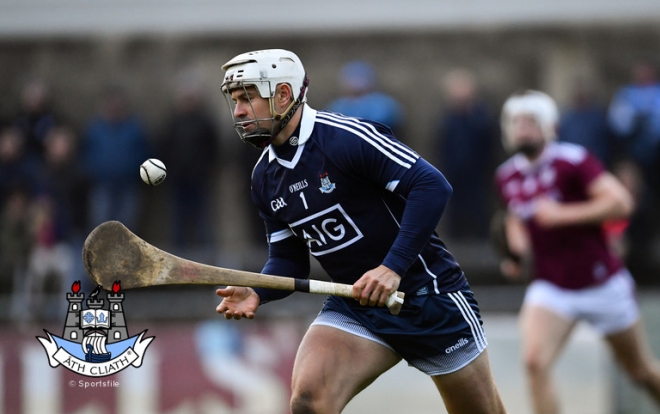 A stunning Joe Canning sideline in the third minute of added time secured victory for Galway in this Walsh Cup semi-final at Parnell Park.

The Tribemen looked to be cruising to victory when lead 0-20 to 0-13 with ten minutes remaining but the Dubs put in a stirring finish to draw level as the game moved into injury-time.

However, it was Galway, through Canning's brilliance, who had the final word as they progress to the decider.

Dublin finished with 14 men after John Hetherton was red-carded in the 62nd minute as the game finished in great excitement.

A Hetherton free, after a foul on Eamonn Dillon, was followed by a fine Chris Crummey point to see Dublin close the gap to 0-20 to 0-15 before Sean Moran converted a penalty after Donal Burke was fouled.

Mattie Kenny's men kept pressing on and were rewarded with two frees from sub Oisin O'Rorke to bring the sides level, 1-17 to 0-20 as the game moved into added time.

But it wasn't to be for the Dubs with Canning cutting over the winner in the 73rd minute.

Galway were the stronger side in the opening half and held a deserved 0-15 to 0-8 advantage at the break thanks to the all-round play and freetaking of Cathal Mannion while Brian Concannon did well at full-forward, he had a goal effort diverted over for a point in the 31st minute by Alan Nolan.

It might have been a dead-rubber encounter but both sides will have got plenty from it - Galway as they prepare for the defence of their Leinster and All-Ireland titles and the Dubs as they can reflect on both an encouraging if regretful campaign.

Jason Flynn was Galway’s hero with 11 points, including nine frees, while David Burke hit two late scores to steer the All-Ireland champions to a fourth straight win - and now they face Kilkenny in the Leinster final.

The Tribesmen led 0-16 to 0-9 at the interval but Dublin were transformed on the restart.

A converted sideline cut from Rian McBride cut and a Cian Boland score got Dublin going before half-time sub Paul Winters was alert to punish a mistake by keeper James Skehill from close range.

Dublin still trailed by three point though, but by the 48th minute they were ahead. Jake Malone’s long delivery allowed Winters to run at the Galway defence before driving a clinical shot to the net.

The game swung one way and then the other in a frenetic finish with Flynn putting Galway ahead again before a David Treacy free and a long-range Rian McBride point had Dublin in front, but two late points from David Burke and Flynn’s frees rescued Galway. 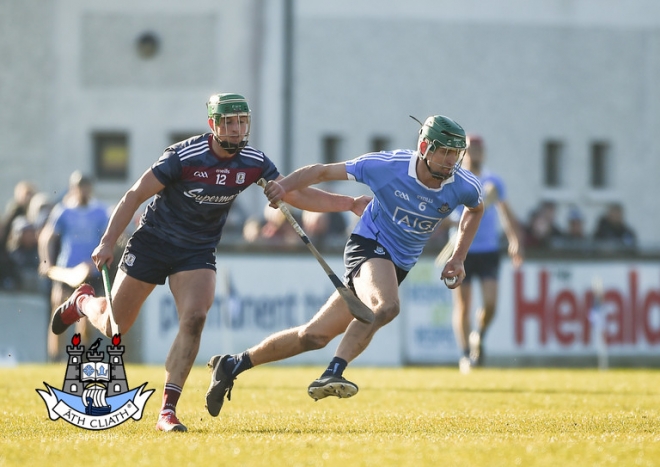 A sluggish opening 25 minutes cost Dublin as they were defeated by six points by the reigning league and All-Ireland champions this NHL1B encounter at Parnell Park.

Inside the last 20 minutes Dublin had reduced the gap to just two points, 1-10 to 0-15, and were also denied from the penalty spot with Paul Winters' effort turned around the post by keeper James Skehill after Liam Rushe had been fouled.

After playing second fiddle to Galway for the entire first half Danny Sutcliffe's 33rd minute goal which was followed by a Winters' free, following a foul on Conal Keaney, left it at 0-13 to 1-5 at the interval.

Dublin restarted well with points from Winters (free) and Tomás Connolly either side of a Jason Flynn free.

Just over ten minutes into the second half Dublin were awarded a penalty but Skehill denied Winters but the St Brigid's marksman did follow up by converting the resulting '65' to make it 1-8 to 0-14.

Two Winters frees, the second a monster from halfway, cut the deficit to just two points, 1-10 to 0-15, with 18 minutes left but Galway rallied again with a quick 1-1 from Jason Flynn.

Dublin battled hard to the end with points from Winters (free) and Ronan Hayes on his starting league debut meant there was three points between the counties with less than five minutes remaining.

But that was as good as it got for Pat Gilroy's side with Jason Flynn (free), sub Brian Concannon and Cathal Mannion all firing over late points for Galway to run out six-point victors.