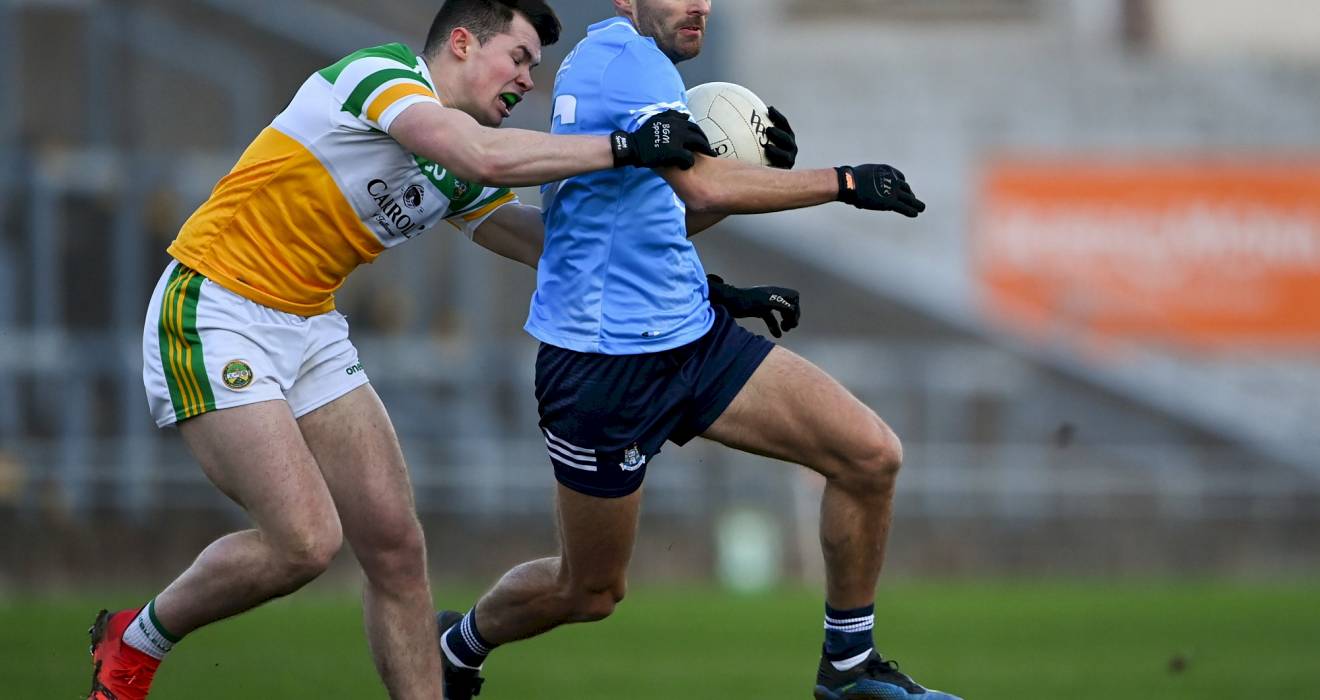 There was a lot of new faces on show as the Dublin Senior Footballers got their O'Byrne Cup campaign off to a winning start with a hard fought 5 point victory against Offaly away in Tullamore.

On a heavy pitch with both squads utilising their benches, it was ultimately the two second half goals from Tom Lahiff and Warren Egan that helped Dublin come out on top.

The first half was a tight affair with Dublin finding success running the ball at the Offaly defense with Sean Bugler, Lee Gannon and Ciaran Kilkenny all having success and finding the target. A well taken score from Shane Carthy helped Dublin take a 0-9 to 0-7 lead at the break.

Tom Lahiff got Dublin off to a perfect start to the second half with his goal but Offaly then hit four points in a row to close the gap again.

As Offaly pushed forward in search of scores Dublin hit them on the break with Gannon, Peadar O'Cofaigh Byrne all involved in a move that saw Ballyboden forward Egan finish low to the corner.

Dublin face Louth this Wednesday in Parnell Park with a 1930 throw in.