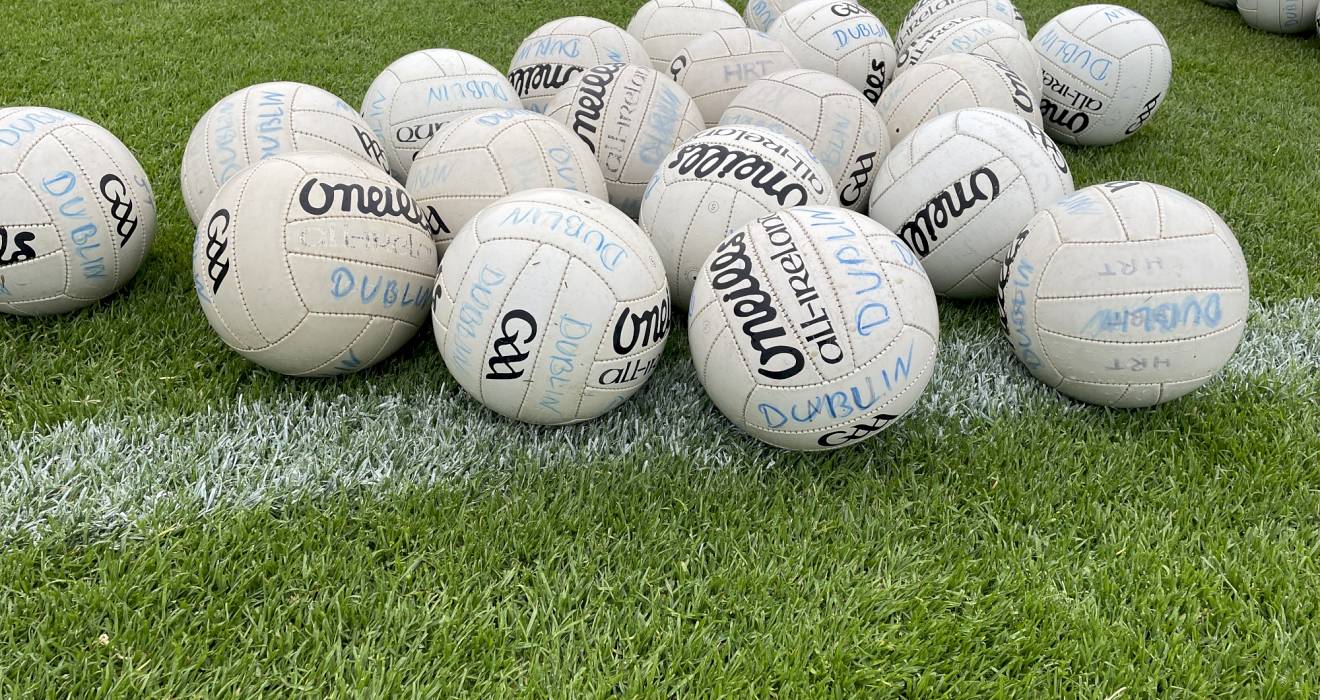 Thomas Davis consolidated their position as the pace-setters in Go Ahead Adult Football League Division One with a 1-20 to 0-5 victory against St Brigid’s at Kiltipper Road on Saturday evening.

Still unbeaten in this year’s top-flight with 10 wins and three draws from 13 games played, Davis’ are currently four points clear of Na Fianna in the league standings. This latest win has also secured a semi-final spot for the Tallaght club, though their opponents in the knockout phase of the competition is still to be determined.

With Adam Fallon, Gavin Carruth, Eoghan Lambert, Sean Farrelly and Fionn Murray all finding the range, Davis’ seized early control of the proceedings. There was a strong spread of scorers throughout for the hosts with Ryan Deegan, Eamon Conroy, Conor Guilfoyle, Adam Waddick and Dublin senior hurler Davy Keogh all making strong contributions on the restart.

Na Fianna still have a game in hand on the divisional leaders, but a 2-12 to 1-12 reversal to Naomh Maur in Rush has increased the gap between the top-two. This was only the Glasnevin’s outfit's second defeat of the campaign, an agonising home loss to Castleknock in Dardistown on May 4 being the other.

While a 1-15 to 0-10 success over Clontarf at Tymon Park keeps St Jude’s in third place, Castleknock and Ballyboden St Enda’s continue to present a stern resistance. The latter duo clashed at Somerton Park on Saturday, with ‘Boden coming out on top on a final scoreline of 2-10 to 0-10.

Having previously won seven games on the bounce, ‘Knock have now fallen to back-to-back defeats after county champions Kilmacud Crokes had the measure of them in Silver Park just three days earlier. Ballyboden remain a point behind Castleknock in fifth, but with a game in hand on their recent opponents and two in hand on neighbours Jude’s.

Kilmacud Crokes also remain in the mix, following their dramatic draw with Skerries Harps (2-10 apiece) on away soil. Facing the prospect of a fourth defeat, the Stillorgan side conjured a late goal by Conor Casey to ensure they returned from Townparks with something to show for their efforts.

Despite being without a number of key players through injury, Skerries made a pulsating start to the contest. Immediately supplementing a point from Ciaran Murphy, attacker Finn Chatten rattled the net to establish some early daylight between the teams.

It got even better for Harps from there as a two-point salvo from the outstanding Killian McGinnis preceded a second goal courtesy of Chatten. Yet Crokes were always expected to have a strong purple patch and duly worked their way back into contention as the action wore on. Indeed, thanks to a superb individual goal by Dara Mullin, the visitors had drawn level (2-4 to 1-7) in time for the interval.

This left the tie delicately poised on the resumption, but Skerries were determined to leave their imprint on the contest. Eoghan O’Connor Flanagan, Ronan Geoghegan and Rob McKey all found the target to leave Harps three points in front with the final whistle fast approaching.

McGinnis fired over a long-range free in response to a Kilmacud point to keep Skerries in the driving seat, but there was to be a final twist in the tail. Four minutes into time added on at the end of the match, Casey got the all-important flick to a long delivery for Crokes’ second goal and a potentially-precious equalising score.

Elsewhere, Lucan Sarsfields displayed the midas touch in the front of the target to earn a 4-8 to 0-15 triumph over Ballymun Kickhams at Pairc Ciceam. This result moves Dave Cullen’s charges into seventh place with seven wins from 12 fixtures to date.

At Marley Park, Ballinteer St John’s and St Vincent’s played out an entertaining 1-12 to 1-12 draw. Centre-forward Jack Lundy was in fine form for Ballinteer and was the catalyst for an opening half goal that helped to propel his side into a 1-5 to 0-6 interval lead.

Vins had kept in touch with points from Calem O’Brien, Tomás Quinn and Gavin Burke, however, and pushed on after the resumption. Following good build-up play by former Dublin senior footballer Diarmuid Connolly, O’Brien rattled the back of the Ballinteer net.

A brace of late points courtesy of substitute Bill Costello looked set to give Vincent’s the edge, but St John’s had other ideas. A last-gasp equaliser from their own replacement Oisin Grady ensured the teams couldn’t be separated in the end.

It was a similar scenario at Hyde Park, where Cuala and Naomh Mearnog were forced to settle for a share of the spoils; Cuala 0-14, Naomh Mearnog 2-8.