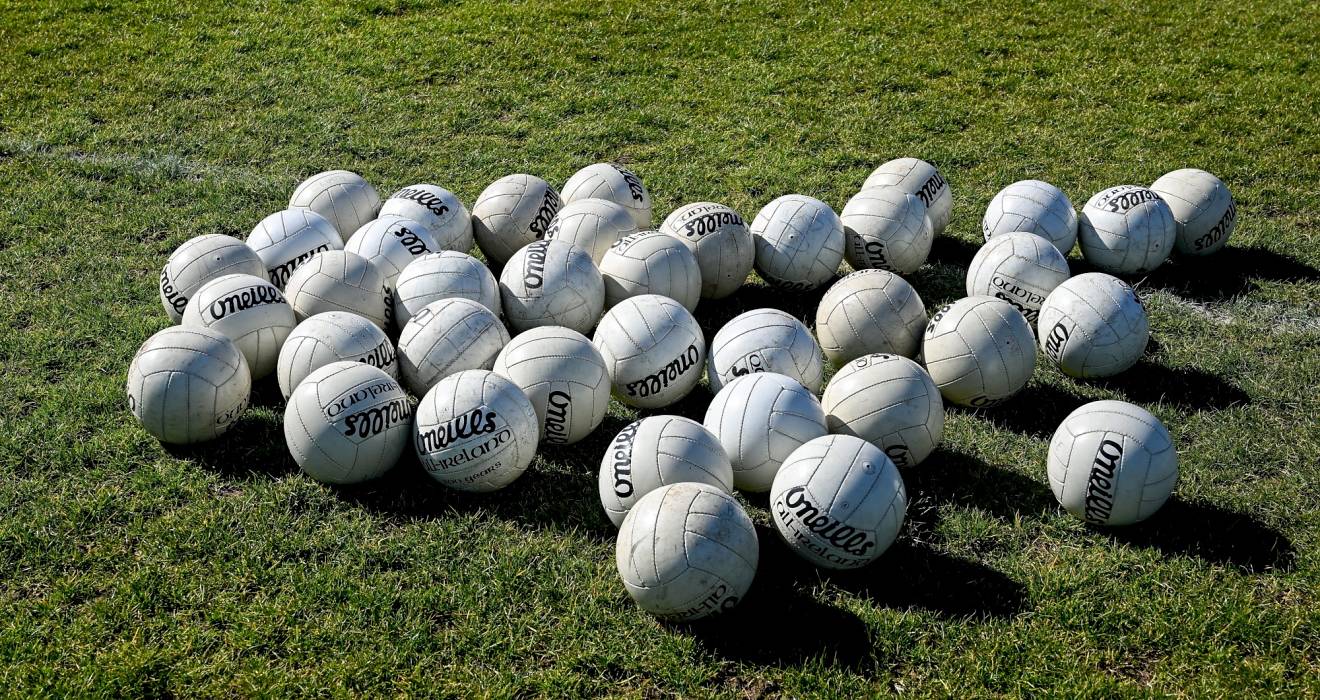 A goal-hungry St Brigid’s convincingly progressed to the semi-final stage of the Dublin Senior Two Football Championship with an 8-11 to 3-6 triumph over Naomh Maur at Garristown on Saturday.

Following a mixed Group Four campaign that saw them finishing with one win, one draw and one defeat from three games - and just pipping Round Tower Clondalkin into second spot on score difference - Brigid’s were aiming to hit top form in the knockout phase of the competition. Maur’s claimed first place in Group Three in undefeated fashion and began brightly at the Chapel Lane venue.

Ciaran Reddin has featured in the blue of Dublin during the recent past, most notably coming off the bench to score a point in the 2014 National Football League final success over Derry at Croke Park. He rattled the net to get the Rush outfit up and running in this last-eight clash, but Brigid’s were quick to respond at the opposite end.

Capitalising on excellent build-up play by midfielder Sean Egan, Mark Donnelly grabbed a goal to edge the Russell Park men into a slender lead. This opened the floodgates to an extent as Brigid’s added two more goals before the opening period had reached a conclusion.

Egan got in on the scoring act himself and Philip Ryan (who has lined out for both Dublin and Tipperary at inter-county level) also slotted home a penalty to give his side a 3-6 to 1-3 cushion. Scott Daly, Paddy Lysaght and Kevin Callaghan chipped in with fine points to establish further daylight between the teams and the two-time senior champions continued to press forward after the restart.

Egan and Philip Ryan bagged their second majors of the tie to effectively place the outcome beyond doubt. Although Maur’s contributed two more goals to their tally, Brigid’s were playing with supreme confidence and were relentless in their pursuit of green flags.

After Philip Ryan had completed his hat-trick, his namesake Donnacha Ryan (a Dublin senior hurling panellist) joined Dara Doyle in finding the net during the closing moments of the proceedings.

Brigid’s lost narrowly to Templeogue Synge Street at the same stage of last year’s competition and will be hopeful of going one better in 2022 and securing their return to the top-tier championship.

They will now renew acquaintances with St Sylvester’s in the penultimate round of the Senior Two Championship at Parnell Park on October 2. The two sides previously met in the group stages at Russell Park on August 20, when Sylvester’s triumphed on a final scoreline of 0-11 to 0-7.

Syls won all three games in the preliminary phase of the competition and enjoyed another comprehensive victory against Fingallians at Clann Mhuire GFC on Saturday. 10 points clear inside the final-quarter of their tussle with the Swords side, Sylvester’s eventually recorded a 0-14 to 0-7 win to set up that forthcoming rematch.

Seán Guiden was to the fore for the Malahide men with seven points, but he was ably-assisted by the likes of Dan Brennan (0-3) and Karl Archbold (0-2). They also had strong performers in Stephen Cunningham, Dan O’Leary and Alex Wright, and will believe that a return to Senior One football is well within their grasp in the coming weeks.

St Vincent’s are seeking an automatic return to the Senior One grade and comfortably advanced to the knockouts with three successive group wins. St Pat’s, Donabate provided the opposition to them at Balgriffin on Sunday and made life difficult for the Marino men in the opening moments of the contest.

While Vins kicked three points without reply early on, Pat’s subsequently rallied and were just two in arrears (0-5 to 0-3) with 25 minutes gone on the clock. However, Vincent’s reinforced their superiority with a clinically-struck goal from wing-forward Sean O’Malley and this was quickly followed by a Sean Lowry major to move them firmly into the driving seat.

Yet Pat’s persisted with their challenge and a Stephen Dempsey goal reduced their arrears to five points (2-5 to 1-3) in time for the interval. The Donabate men did create a couple of three-point opportunities as an addition to Dempsey’s finish and multiple Celtic Cross winner Michael Savage had to be at his best to keep them at bay.

Nevertheless, Vins utilised their wind advantage to ultimately seize control of the play. Lowry finished the game with an impressive haul of 1-3, while former Sky Blues attacker Tomas Quinn contributed nine points - including five from open play - in an eventual 2-18 to 1-6 victory.

Standing between them and a place in the Senior Two decider will be St Oliver Plunkett’s/Eoghan Ruadh. Despite starting off their campaign with a comprehensive Group One reversal to Naomh Olaf, the Navan Road outfit have slowly built momentum and recorded a 2-13 to 2-7 win at the expense of St Mary’s, Saggart at O’Toole Park on Saturday.

Goals from Darragh Brogan and Conor Breslin were crucial in ensuring that Plunkett’s recorded their third win on the bounce in this year’s competition. 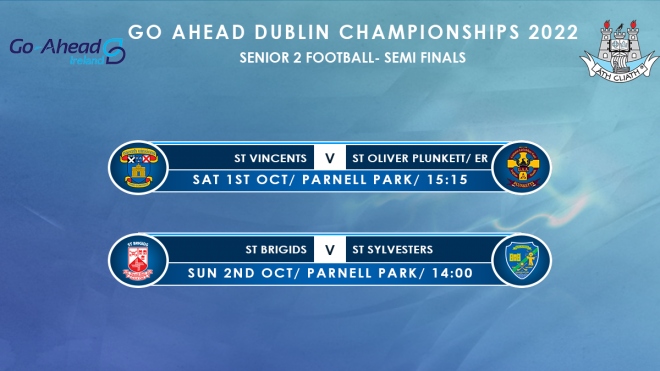 They will now meet on October 1 at Parnell Park, a venue that has been a familiar stomping ground for both clubs down through the years. Back in 2014, defending All-Ireland champions St Vincent’s retained their Dublin Senior Football Championship title with a 0-14 to 1-10 triumph over Plunkett’s.

There are players from both squads still involved eight years later, which should make things even more interesting ahead of their latest championship duel.

In the curtain-raiser to the Plunkett’s and Mary’s game at O’Toole Park, Naomh Olaf ensured their Senior Two survival with a 1-15 to 1-11 win over Parnell’s.

The Sandyford men had developed an early four-point cushion in this game, before Parnell’s fired back with unanswered scores courtesy of Cillian Hunt and Stephen Duffy. This dependable duo doubled their personal tallies as the half wore on and they were subsequently joined on the scoresheet by Alex Hutton.

Hunt and Hutton also displayed their dead-ball prowess as the action progressed and even though Olaf’s bagged the maiden goal of the game in the 25th-minute, a three-pointer courtesy of Hunt reduced the Parnell’s deficit to the bare minimum (1-8 to 1-7) at the break.

Hunt and Conor McGrath posted points either side of the third-quarter mark on the resumption, but Olaf’s remained in the ascendancy. While Adam Doyle and Hunt split the uprights to keep Parnell’s in contention, it was Naomh Olaf who claimed the spoils in the end.

Joining them in securing Senior Two Championship football for 2023 were St Anne’s, who registered a 2-10 to 0-13 victory over Trinity Gaels at Balgriffin on Saturday.