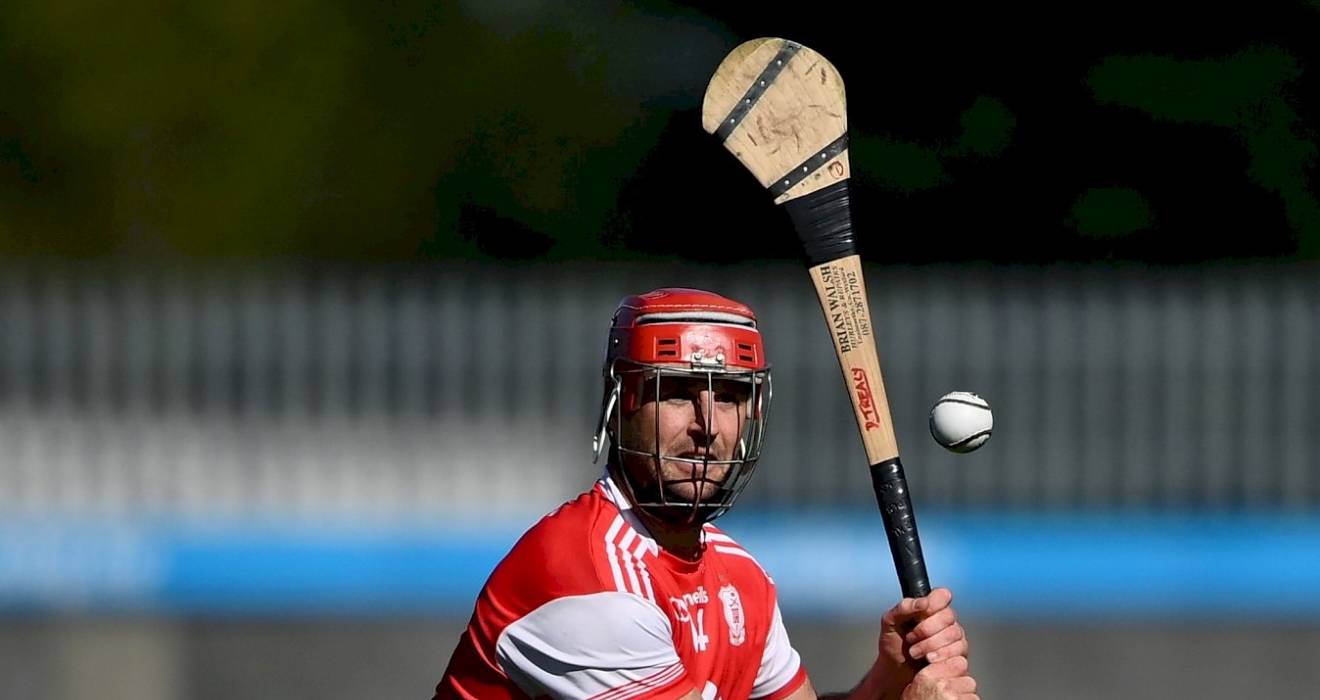 Cuala produced a late flourish at Parnell Park on Saturday evening to earn a 1-25 to 2-15 triumph over Na Fianna in Group One of the Go Ahead Dublin Senior One Hurling Championship.

2-23 to 3-16 winners at the expense of St Oliver Plunkett’s/Eoghan Ruadh at O’Toole Park on July 23, the Dalkey men were seeking to move an inch closer to the knockout rounds of the competition. Na Fianna had secured a 3-20 to 1-17 victory at the expense of St Jude’s on July 20, before receiving a bye in the next phase of the group.

The Glasnevin outfit had been in the ascendancy for large stretches of the contest and were a single point to the good on the stroke of 50 minutes. However, Cuala (lining out minus the services of Dublin footballer Con O’Callaghan) outscored their opponents 1-6 to 0-1 in the remaining stages of the action to preserve their 100% record in the senior championship.

While David Treacy finished the proceedings with an astonishing tally of 0-15, Liam Murphy (1-2) and Mark Schutte (0-3) were also in fine scoring form throughout. Although reliable inter-county star Donal Burke amassed a personal tally of 1-8, it was a goal courtesy of the versatile Sean Baxter that gave Na Fianna some early breathing space.

Named at left corner-back in the programme, Baxter operated around the middle-third for much of the game and rattled the Cuala net in the 10th-minute. The combined forces of Treacy and Schutte kept the scoreboard ticking over for their opponents, but Burke superbly converted a penalty on 24 minutes to serve further notice of Na Fianna’s potential.

Cuala didn’t panic, however, as unanswered points from Treacy (free), Jake Malone and Sean Treacy restored parity at 0-13 to 2-7 just ahead of the interval. The lead changed hands on a number of occasions during the second period, with David Treacy and Burke doing the bulk of the scoring either side of the third-quarter mark.

Yet, Cuala created significant daylight with five minutes of normal remaining. Although Schutte’s initial strike on goal was turned away, Murphy was on hand to finish off the rebound for a crucial three-pointer.

While a Burke free kept Na Fianna in the reckoning, five scores without reply - including three for the excellent Treacy - left Cuala with seven points to spare in the end. Eight-time champions at their grade, the southsiders have one game left in the group - a September 10 clash with Ballyboden St Enda’s.

Na Fianna will face ‘Boden (who were given a bye last weekend) on August 27, before closing out the group stages against St Oliver Plunkett’s/Eoghan Ruadh at O’Toole Park the following month.

Having suffered reversals to both ‘Boden and Cuala in the earlier rounds, the aforementioned Oliver Plunkett’s were eager to finally claim victory when facing St Jude’s at O’Toole Park on Saturday. They managed this with some aplomb as they had all of 10 points to spare (2-19 to 0-15) over their Templeogue-based counterparts.

The Plunkett’s squad for this game included a number of players who had featured for the club’s football team in their Senior Two Championship defeat to Naomh Olaf just seven days earlier. Included amongst this batch were Irinel and Mugurel Popa as well as Cillian Hayes.

The likes of Brian McDonnell, Cian Boland and Neil Clerkin were also named within the Plunkett’s ranks as the Navan Road outfit established a 0-10 to 0-7 half-time cushion. Jude’s initially kept themselves in contention thanks to fine contributions from Joe McManus, Danny Sutcliffe and Kevin Lahiff.

However, a brace of expertly-timed goals ultimately provided the platform for Plunkett’s to come out on top. Next up for them is that September 10 showdown with Na Fianna, while Jude’s will play their final game of Group One against Cuala at Parnell Park on August 27.

In Group Two of the Dublin Senior One Hurling Championship, defending champions Kilmacud Crokes registered their third consecutive win of the campaign in accomplished fashion against St Brigid’s at O’Toole Park.

There was a familiar look to the Crokes selection for this game with 10 of their starting team from last year’s thrilling county final victory over Na Fianna included in their match day squad. The likes of Donnacha Ryan, Johnny McGuirk, Eoghan Dunne and Paul Winters were reliable figures within the Brigid’s set-up and the Russell Park men did their utmost to keep Crokes on their toes.

Yet with the likes of Caolan Conway, Oisin O’Rorke and Ronan Hayes still major parts of the furniture, their Stillorgan rivals had that bit extra between their teeth to secure a 0-25 to 1-15 triumph.

In a similar vein to the game that followed it at Parnell Park on Saturday - the Group One duel between Cuala and Na Fianna - the clash of St Vincent’s and Craobh Chiarain was largely nip and tuck before a late scoring burst determined the outcome.

When Craobh Chiarain corner-forward Billy Ryan knocked over a 53rd-minute free, the sides were level for the ninth time and the smart money was on it remaining this way. Vincent’s had other ideas, though, and an unanswered haul of 1-4 helped them to emerge on the right side of a 2-20 to 2-13 final score line.

The Marino side enjoyed a perfect start to this tie as Rian McBride shook the net with just 20 seconds gone on the clock. Craobh responded to this set-back with consecutive points from Robbie Mahon (two) and Ryan, but Vins quickly reinforced their authority courtesy of similar efforts by Darach McBride (two) and Thomas Connolly.

Despite spurning a number of good opportunities, Vincent’s developed a commanding five-point lead on 22 minutes. Mahon’s 1-1 salvo galvanised Craobh, however, and they took the lead for the first time towards the end of the opening period.

A Sean Mulcahy point for Vins ensured the sides were tied at 1-11 apiece at the break, only for Craobh to throw another spanner into the works with a Ryan goal a little under two minutes after the restart. Although this was to be their final score from open play, a brace of Ryan frees kept Craobh in the hunt for their first win of the group.

Connolly’s free-taking and a point each from half-forward duo Rian McBride and Brian Bolger kept Vincent’s motoring in advance of John Walsh edging them back in front on 58 minutes. Bolger and Rian McBride split the posts either side of another Walsh score before McBride’s brother Cian found the net in stoppage-time to put the seal on the Vincent’s victory.

Having accumulated five points from six thus far in the group, second place Vins will have a few weeks off before returning to competitive fare against Kilmacud Crokes at Parnell Park on September 10.