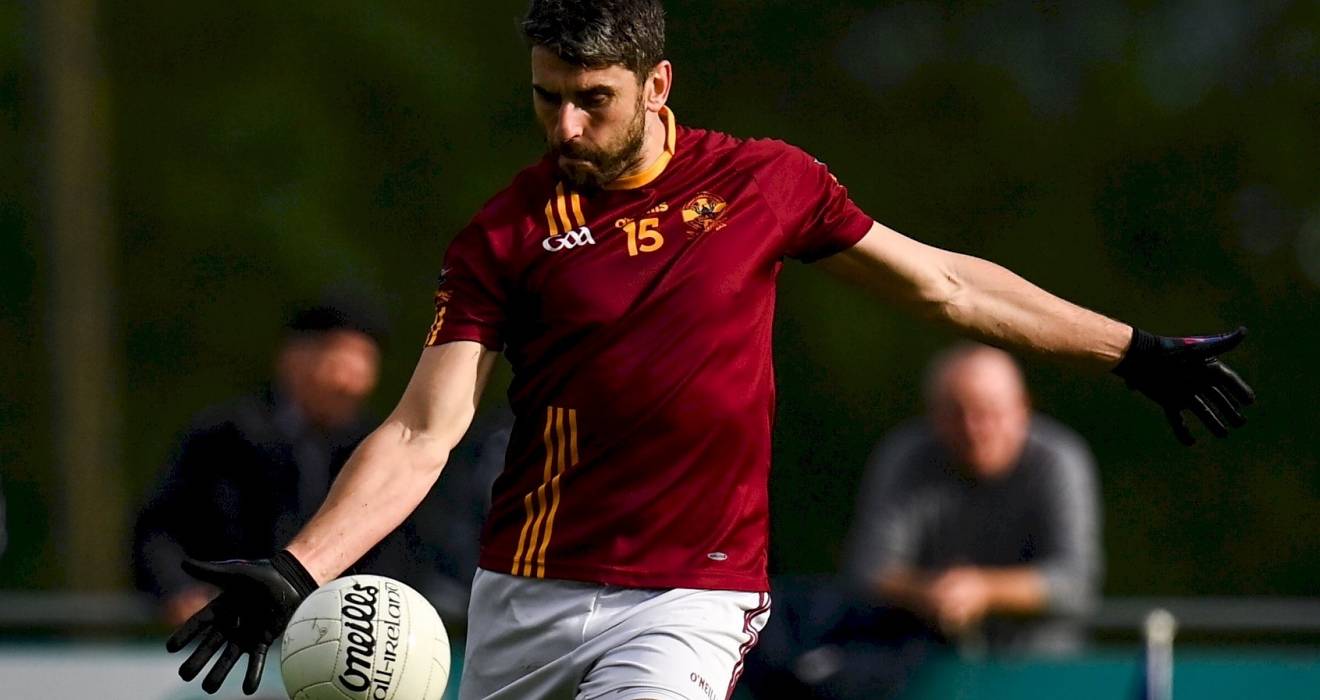 St Brigid’s sent out a statement of intent at Drumnigh on Saturday evening as they recorded an emphatic 5-12 to 0-7 triumph over Trinity Gaels in Group Four of the Go Ahead Dublin Senior Two Football Championship.

Semi-finalists in the competition last year - narrowly losing out to Templeogue Synge Street in a tense encounter - the Russell Park outfit have their sights set on a return to the top-tier in 2023. Dublin SFC champions in 2003 and 2011, Brigid’s also contested county deciders in 1999, 2001, 2007 and 2010.

Despite being away from home for their opening game of the campaign, they stormed into an early six-point lead (2-2 to 0-2) thanks to goals by Scott Daly and the ever-reliable Philip Ryan. Both Daly and Ryan rattled the net again before the opening period had drawn to a close and with midfielder Kevin Callaghan also finding the target, Brigid’s brought a 4-4 to 0-3 cushion into the interval.

Although the visitors possessed a seemingly unassailable lead, Cian McIntyre kept them motoring on the resumption with an impressive haul of 1-3. Dara Doyle, Conor Watt, Mark Donnelly and Mal Tighe also chipped in with a point apiece, but Brigid’s also had some strong performances at the opposite end of the pitch.

Former Dublin footballer Sean Murray (an All-Ireland medalist in 2011) and current Sky Blues U20 star Eoin Leen both produced excellent defensive displays to ensure the Trinity attack were kept at bay throughout.

In the group’s other game at Monastery Road on Saturday, St Sylvester’s came from behind to earn a 2-18 to 1-14 win at the expense of Round Tower Clondalkin. Having kicked the opening two points of the contest, Jay Joyce bagged a 37th-minute goal to edge Towers into a 1-10 to 0-12 lead.

However, Syls dug deep in the final-quarter to ensure their own campaign was kick-started in fine style.

In Group Two, St Vincent’s showed that they are hell-bent on an automatic return to the Senior One Championship by registering a convincing 3-15 to 0-10 victory against St Mary’s, Saggart at Pairc Naomh Uinsionn.

Gavin Burke got the ball rolling for Vins with an excellent point straight off the throw-in and the Marino men pushed on from that point. Further points followed through Nathan Mullins, Kalem O’Brien and Tomás Quinn to give the hosts a commanding 0-7 to 0-2 buffer during the early exchanges.

Nevertheless, Mary’s subsequently grew into the game with the free-taking of Eoin Murray and Blaine Kelly’s leadership helping them to reduce the deficit to a single point. Yet Vins kept their cool and brought a 0-9 to 0-6 advantage into the break following additional scores from Quinn and Cian Dunne.

It remained relatively tight in the initial stages of the second half, but Vincent’s were presented with an ideal opportunity to widen the gap when Dunne was fouled inside the square. Quinn stepped up to the plate and coolly dispatched a penalty to the Mary’s net.

This opened up the floodgates to a considerable extent with wing-forward Albert Martin and substitute Adam Giblin also raising green flags for the victors.

They are joined on two points at the summit of the table by Ballyboughal, who recorded a 2-6 to 1-6 win over Parnell’s at Chanel.

Parnell’s had enjoyed an extremely productive campaign in Division Three of the Go Ahead Adult Football Leagues, losing just one of the 15 games they played. The Coolock side were also previously unbeaten on home soil in 2022 and had designs on continuing this run at the weekend.

Adam Doyle’s fifth-minute goal made it the perfect start to the proceedings and even though Ballyboughal responded with a three-pointer of their own, scores from Sean McHugh, Alex Hutton and Stephen Duffy propelled them towards a 1-3 to 1-1 half-time lead.

Hutton and Duffy points kept the home team in the ascendancy on the restart, but Ballyboughal persevered with their challenge. Moments after Cillian Hunt had gotten their opponents back on level terms, they grabbed a late major that ultimately claimed the spoils in the end.

Despite being best known as a defender, Dublin senior footballer David Byrne showed he has an eye for goal in Naomh Olaf’s 3-17 to 2-7 success over St Oliver Plunkett’s/Eoghan Ruadh in a Group One clash at Pairc Ui Bhriain on Saturday.

Thanks to a brace of palmed finishes from the two-time All Star nominee, the Sandyford side took an early stranglehold against their Navan Road counterparts. Former Ballymun Kickhams attacker Ted Furman kicked three first-half points on his championship bow with Plunkett’s, but it couldn’t prevent Olaf’s from bringing a 2-7 to 0-5 cushion into the break.

Former Footballer of the Year Bernard Brogan was introduced by the Plunkett’s management on the resumption and he certainly made a big impact. In addition to setting up a Furman goal straight from the restart, the seven-time Celtic Cross winner bagged a three-pointer of his own.

However, Olaf’s continued to play with real confidence and were never in danger of letting the game slip from their grasp. Supplementing Byrne’s two-goal haul, Eoin Foley (1-6), Luke Murphy (0-4) and Glenn Soraghan (0-3) all made telling contributions for Michael Bride’s charges.

Elsewhere in Group One, Naomh Mearnog played out a 1-16 to 2-13 draw with St Pat’s, Donabate in Portmarnock.

After Stephen Dempsey and Ollie Brooks had posted fine early points, Niall Collins fired home a goal to give Pat’s a 1-4 to 0-5 lead on 13 minutes. Mearnog did respond with a major of their own, but the combined forces of Dempsey, Brooks and Collins enabled Pat’s to establish a 1-10 to 1-7 buffer at the midway stage in the action.

They remained on course for victory for much of the second half, but four points without reply from Mearnog in the closing moments meant they had to be content with a share of the spoils.

Meanwhile, Fingallians squeezed past the stern challenge of Erin’s Isle with a single point to spare (0-14 to 1-10) in a tense Group Three showdown at Lawless Park. It was also a successful first day out for Naomh Maur in Bohernabreena as they came away with a 3-19 to 1-19 win over St Anne’s