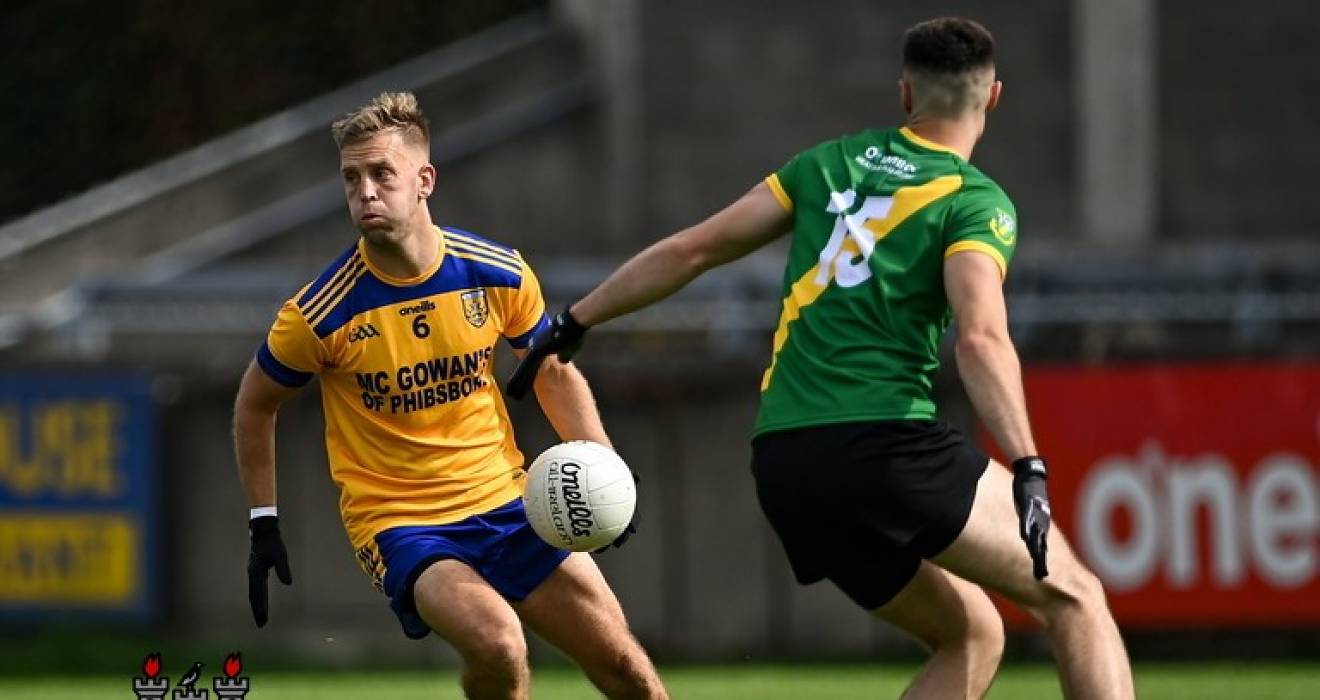 Kilmacud Crokes kick-started the defence of their Go Ahead Dublin Senior One Football Championship title with a 1-13 to 0-5 Group One success over Raheny at Parnell Park on Saturday.

Having also secured the provincial crown last year, Robbie Brennan’s charges were determined to hit the ground running in their latest championship odyssey. Tom Fox and Craig Dias got the ball rolling with early points, before Cian Ivers knocked over a free for Raheny.

However, Aidan Jones shook the net in the 12th-minute and with two-time All Star defender Rory O’Carroll getting forward for a brace of points, the holders led 1-6 to 0-3 at the interval.

Crokes built on an already healthy cushion after the resumption as Dublin panelist Andy McGowan, Shane Cunningham (two) and Conor Kinsella all found the target in quick succession. Both teams were to end the contest with 14 men as a result of Raheny’s David Shatwell and O’Carroll being dismissed for separate incidents, but it made little difference to the final outcome.

While Ivers and James O’Kane found the range for Raheny, Fox, Craig Dias and goalkeeper Gavin Sheridan (from a ’45’) also pointed to ensure Crokes established a firm stranglehold at the summit of the table.

In the group’s other game at O’Toole Park on the same day, a last-gasp Lorcan O’Dell point earned Templeogue Synge Street a share of the spoils with southside rivals Ballinteer St John’s.

Four points adrift inside second-half stoppage-time, TSS were suddenly given a new lease of life when Killian O’Gara (younger brother of ex-Dublin attacker Eoghan) rattled the Ballinteer net off a well-worked move. This presented Mike Fitzpatrick’s charges with a fresh injection of energy and current county star O’Dell superbly dissected the posts off a subsequent move to deny St John’s victory at the death.

One of the brightest performers for the Dublin U20s on their march to the Leinster final earlier this year, Luke Breathnach kicked three points from full-forward for Ballinteer. He was ably-assisted on the day by Eoghan Fitzpatrick, Aaron Bradshaw and Oran McIvor, who all finished the action with two points apiece to their names.

After developing a 0-5 to 0-3 interval advantage, Ballinteer continued to press forward on the restart and appeared to be on course to claim the two points on offer. However, three points each from four-time All-Ireland winner Niall Scully and the aforementioned O'Gara had helped to keep TSS in touch ahead of the late surge that left the teams tied at 1-10 to 0-13.

At Parnell Park on Friday evening, Ballymun Kickhams had a single point to spare over Clontarf (0-15 to 0-14) in a tense Group Two encounter.

Champions at this grade in 2020, ‘Mun flew out the traps with Ciaran McManus, Philly McMahon (two), Dean Rock (three) and Cathal O’Tighe registering seven unanswered points in the space of 11 minutes.

Despite their initial struggles, Clontarf fired back with Kieran McKeon (three) and Nathan Doran (two) combining for five successive scores. Even though Rock conjured his fourth point of the opening period, Brian Berney and McKeon also found the target to give Ballymun a slender 0-8 to 0-7 buffer at the break.

James McCarthy and Rock raised white flags either side of a McKeon point in the early stages of the second half, but they suffered a blow when John Small was withdrawn through injury on 32 minutes. In his absence, ‘Mun briefly fell behind with Finn McCarrick, Doran and Rory Clarke all posting scores for ‘Tarf.

Their opponents did likewise through McManus, Dillon Keating and Paddy Small, before McCarthy was also forced out of the game. Despite Leo Cunningham, McKeon and Kevin Lillis keeping the Clontarf challenge alive, points from Keating and Rock (free) meant Ballymun had just enough in reserve to come away with a much-needed win.

The race for first and second in Group Two is likely to go down to the wire with Ballyboden St Enda’s and Cuala also in the reckoning. These teams met at O’Toole Park on Saturday and at the end of a tension-filled 60 plus minutes of play, they were forced to settle for a point each - Ballyboden St Enda’s 0-16, Cuala 1-13 the final score.

Even though he was named on the match day squad, Cuala’s Con O’Callaghan is still working his way back to full fitness. His brother Niall and Luke Keating kept the scoreboard ticking over for the Dalkey men, while eight-time Celtic Cross winner Michael Fitzsimons was a notable presence at the far end of the pitch.

Fitzsimons’ former inter-county colleague Michael Darragh Macauley lined up at midfield for ‘Boden, who also had the Basquel brothers, Colm and Ryan, within their ranks.

In a curtain-raiser at Parnell Park on Saturday, the top-two teams in the Go Ahead Adult Football League met in Group Three of the Championship. Thomas Davis had been unbeaten up to this point in 2022, but ultimately fell to a 1-12 to 0-10 reversal in this contest.

Things had been tight either side of the interval, before Conor McHugh’s palmed finish offered Na Fianna some breathing space in the 35th-minute. McHugh ended the action with a personal haul of 1-3, while David Lacey and Brian O’Leary also emerged with a combined haul of 0-6.

Fionn Murray kicked five points for Davis’, but despite Chris Sallier and Dublin senior footballer Cian Murphy also popping up with some fine scores, the Tallaght side came off second best in the end.

Having come so close to securing the title last November, St Jude’s will be hell-bent on forging another bid for Senior One supremacy this year. They certainly started as they meant to continue at Balgriffin on Saturday with an accomplished 1-17 to 0-10 triumph that puts them joint-top alongside Na Fianna in Group Three.

Senior Championship finalists in 2016, Castleknock recorded a convincing 2-16 to 1-11 win at the expense of Lucan Sarsfields in Group Four on Friday evening. A Tommy McDaniel goal had squeezed ‘Knock in front for the first time on 12 minutes and with Kevin Stephenson, Eoin Sawyer and Gerard McDermottroe also adding their names to the scoresheet, they led 1-8 to 0-5 at the break.

As ever, Brendan Gallagher was a reliable source of scores for Lucan and he fired home a penalty in the closing stages of the play. Yet the damage had been done at that point and Castleknock eventually emerged with an eight-point victory.

Having survived in the Senior One Championship through the relegation play-offs at the end of 2021, Whitehall Colmcille began their Group Four campaign in style against Round Tower Lusk at Garristown on Saturday. Despite Killian Healy finding the net for Round Towers, Rory Kerins’ second half goal propelled Whitehall towards an emphatic 2-20 to 1-8 success.