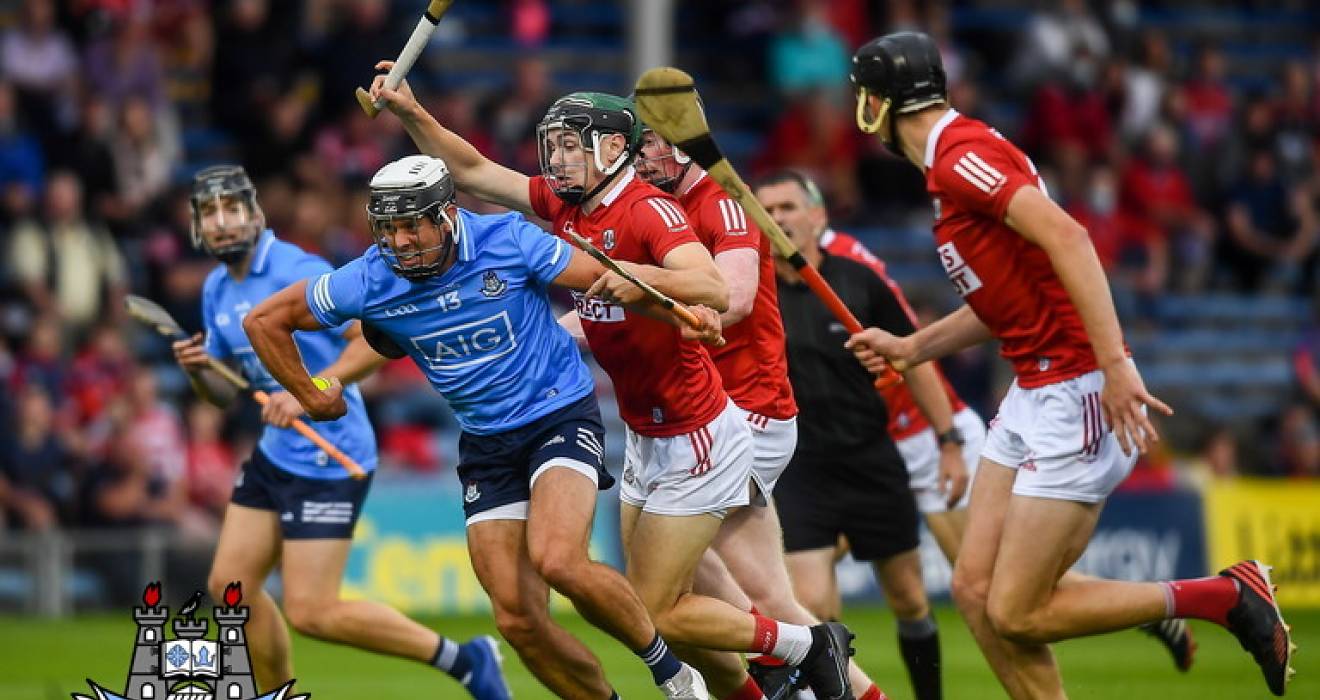 Dublin hurlers made their exit from the race for the Liam MacCarthy Cup in Saturday evening's All-Ireland SHC quarter-final in Semple Stadium, Thurles.

Two first-half goals had Cork in the driving seat by half-time when leading 2-13 to 0-11 and coming towards the concluding ten minutes were eight points to the good.

However, Dublin came with one last bid for glory with four points in quick succession to get within touching distance.Rian McBride, after playing a one-two with Chris Crummey, ignited Dublin's late fight with Jake Malone, Donal Burke from long-range and Danny Sutcliffe all adding points to leave it 2-22 to 0-24 with one minute of normal time remaining and four of added.

But Cork found their feet again with scores from Niall O'Leary, Alan Connolly and a Patrick Horgan free to progress to a semi-final meeting with Kilkenny next Sunday.

In the first half Dublin had made an enterprising opening with two early scores from Donal Burke while Rebel goalkeeper Patrick Collins was also called upon to protect his goal when Ronan Hayes had a sighting on goal.

Goals were indeed to prove crucial with Cork getting the only two of this contest.

The opening quarter was very even with two points from Cian O'Sullivan coupled with the deadball accuracy of Donal Burke putting Dublin 0-6 to 0-5 in front after 13 minutes.

The Rebels, however, were to strike for goal in the 18th minute when marauding wing-back Tim O'Mahony dovetailed with Robbie O'Flynn to fire past Alan Nolan and by the first water break Cork were 1-6 to 0-7 ahead.

As in the opening quarter it was a late goal at the conclusion of the period which was to rock Dublin back when Shane Kingston raised a green flag.

Earlier in the quarter Dublin had enjoyed good spells of possession but failed to make it count on the scoreboard. 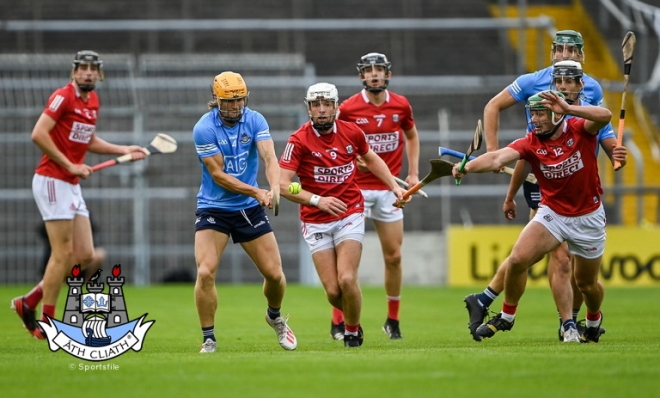 Dublin restarted the second half on the front foot with scores from Conor Burke and Cian Boland to leave those two first-half goals separating the counties - 2-13 to 0-13.

By the three-quarter mark points from Danny Sutcliffe and a Donal Burke free, following a foul on Davy Keogh, left it 2-20 to 0-19 in favour of the Leesiders.

A Patrick Horgan free and point from play from Shane Barrett, after Conor Burke had opened the fourth quarter scoring with a point, had Cork eight points clear, 2-22 to 0-20, with ten minute of normal time remaining.

Unfortunately, that was as good as it got for Mattie Kenny's men as Cork progressed to the last four to face the Cats.