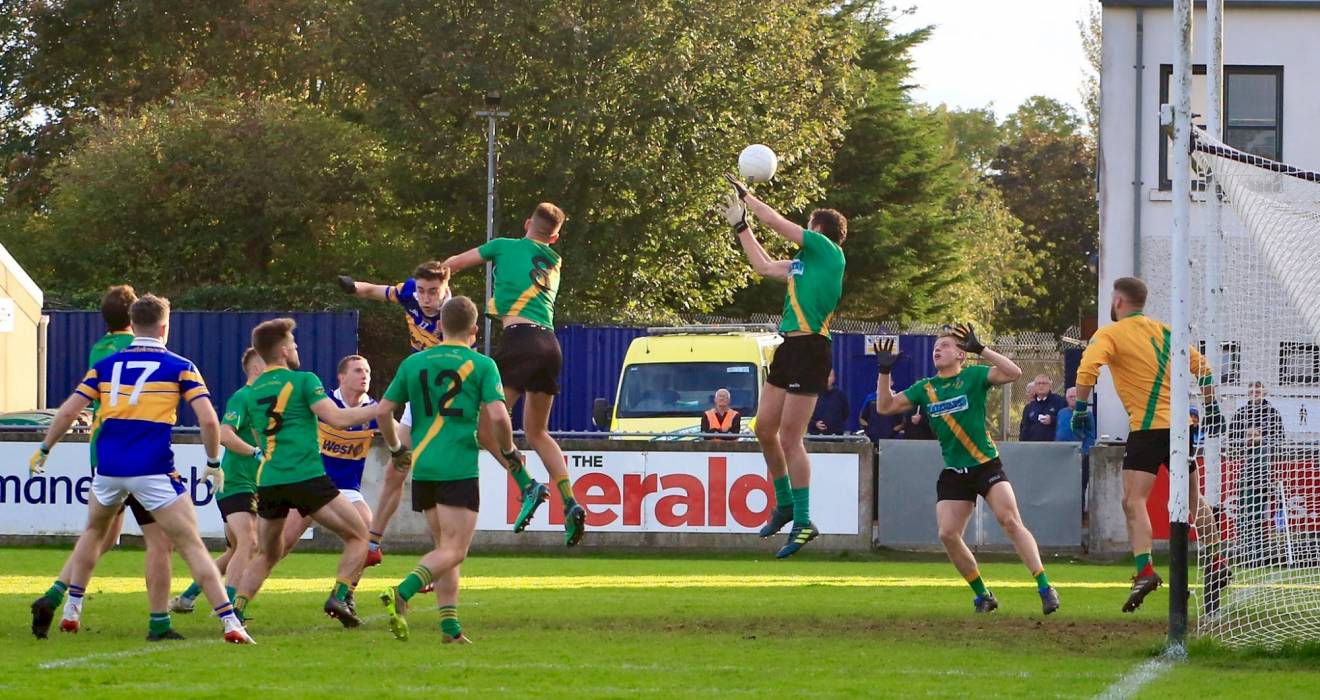 Two goals inside a minute during the first half put Thomas Davis on the road to victory in this Dublin SFC1 quarter-final at Parnell Park on Sunday.

Castleknock led 0-5 to 0-4 by the 20th minute before they were rocked by goals from Ryan Deegan and Ciarán Farrelly in immediate succession to suddenly lead 2-4 to 0-5.

From the resulting kickout Thomas Davis won possession and Dublin U20 selector of this year Farrelly held his nerve close to goal to fire to the net.

However, Castleknock replied with a goal of their own from the next attack of significance, culminating in Tommy McDaniel beating keeper Rob Crilly..

The tempo was high and Davis’ defence were tigerish and compact with Adam Fallon and Cian Murphy doing well.

Ger McDermottroe slotted three points for Castleknock before the break (including one free) but scores from Murphy, following good work by the energetic Davy Keogh, Deegan and Farrelly had the Kiltipper Road men 2-7 to 1-8 ahead at the break.

Keogh almost had a goal of his own in the 16th minute but his drive cannoned off the crossbar and eventually led to a free that Eoin Kirby converted.

Davis’ made the dream restart with a Brendan Kirby goal inside the opening minute.

Points from McDermottroe and Rob Shaw cut the gap but the three goals still had Davis’ ahead throughout despite late points from Ciarán Kilkenny and Tom Shields for Castleknock.