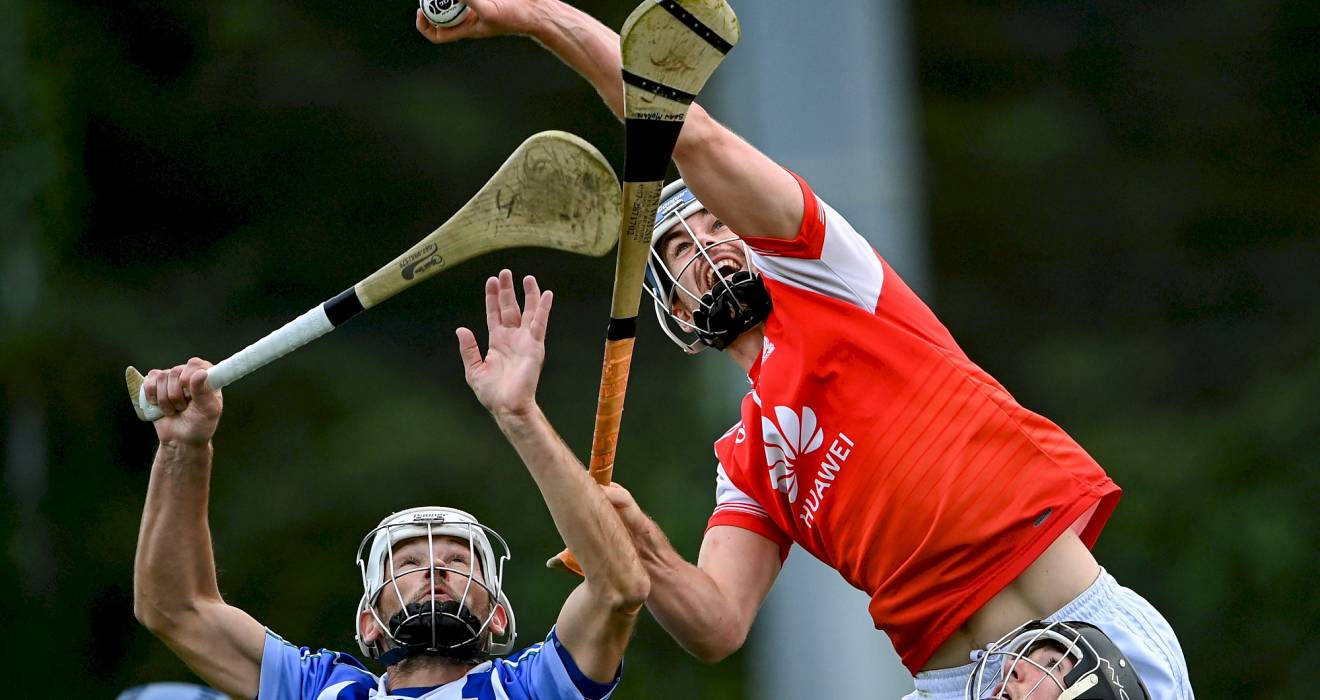 It's down to the knockout stages with the Go-Ahead Dublin SHC 'A' quarter-finals taking place this coming weekend.

The fixtures are as follows, with match tickets available to buy here. All games will also be screened live on DubsTV. 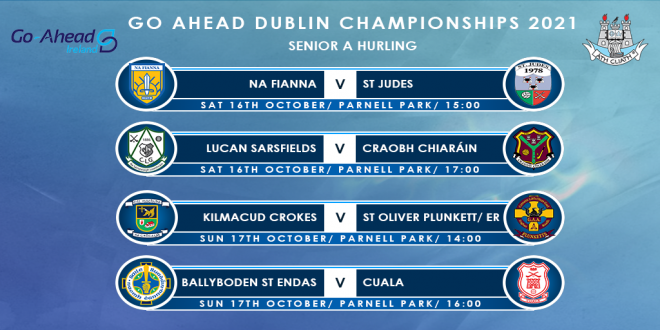 After Round 2 of the SHC 'A' Na Fianna, Kilmacud Crokes and Ballyboden St Enda's had already sealed their berth in the last eight and following the concluding round-robin games Craobh Chiaráin, Lucan Sarsfields, St Jude's, Cuala, and St Oliver Plunkett/Eoghan Ruadh completed the last eight standing.

Sunday's clash of holders Cuala and Ballyboden St Enda's is a repeat of last year's decider when the Dalkey side made it back-to-back Dublin SHC 'A' titles when they came with a strong last quarter to fend off Boden in a high quality final at Parnell Park.

Boden, who led by six points late in the opening half, were a point to the good as the teams entered the second half water break, 1-16 to 1-15.

However, the Dalkey men held the upperhand in the decisive moments to run out five-point victors after a sporting and entertaining duel between these two hurling heavyweights.

Over the hour-plus Cuala struck just two wides, both in the opening half, as Boden were left to rue ten wides in total with a particularly costly spell in the first half during which they were the dominant side.

Shortly after the second half water break Con O’Callaghan broke through on goal and was fouled for a penalty as his shot hit the net and Seán Moran clinically despatched the resulting penalty to see his side take the lead for the first time since the opening minute.

Within two minutes of the penalty Conal Keaney (Ballyboden) and Colum Sheanon (Cuala) were both sent off on second yellow cards and the big-game nous of Keaney was felt by his side in the dying minutes.

However, Cuala keeper Seán Brennan also came to his side’s rescue when he made a terrific double save as the game moved into added time when four points separated the sides, 2-19 to 1-18.

Fittingly the last score of the game fell to David Treacy to bring his personal tally to 0-11 (0-7f,0-1 ‘65’) after playing a central role in his side’s eight Dublin SHC top-flight title.

If Cuala showed their big-game knowhow in last year's decider they also had to go deep into their reserves to keep their dreams of a three in a row intact in this year's campaign.

After being comprehensively beaten by Kilmacud Crokes (3-24 to 0-18) in their opening Group 3 clash they overcame Thomas Davis (3-26 to 1-8) to set up a 'do-or-die' concluding round clash with St Brigid's at Parnell Park two weeks ago.

A goal from sub Ruairí Convery in the 58th minute propelled Brigid's into a 1-23 to 3-14 lead - a clinical move from Alan Nolan's puckout with Cian O'Sullivan placing Convery who angled brilliantly past Seán Brennan.

But holders Cuala dug deep to show all their big-game experience with the likes of Jake Malone, Seán Moran, Darragh O'Connell, David Treacy and Con O'Callaghan leading the way over the conclusion.

Crucially Darragh O'Connell responded immediately to Convery's goal with a point from play.

Con O'Callaghan, who hit 0-4 from play overall, clipped over two points and David Treacy, the game's top scorer with 0-9 (0-6f), converted a late free to see his side into the last eight.

Brigid's led by four points at half-time and Paul Winters point on the restart made it 0-16 to 1-8. 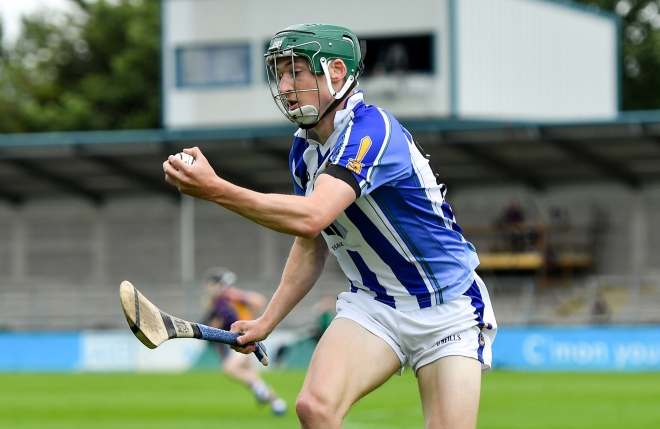 Cuala had been well restricted by the Brigid's defence in the opening half with Mark Kavanagh impressing. However, Cuala's ability to keep in touch and take their goal-scoring opportunities was to prove crucial.

Four minutes into the second half Liam Murphy finished neatly to Alan Nolan's net after good play by Seán Moran.

They struck again for goal just before the second water break when Darragh O'Connell was fouled by Alan Nolan and Seán Moran stepped up and sent the Dublin keeper the wrong way to bring the sides level, 3-11 to 0-20, by the three-quarter marker.

There was plenty more drama still to come.

David Treacy edged Cuala ahead for the first time since the third minute of the opening half but the influential Cian O'Sullivan replied with a point following a great fetch by Paul Winters.

Con O'Callaghan again nosed Cuala in front following great defensive play by his brother Eoghan and a good delivery inside from Jake Malone.

A Darragh O'Connell point made it 3-14 to 0-21 but Brigid's battled back with points from Cian O'Sullivan and a Johnny McGuirk free, his sixth and last of the contest, following a foul on O'Sullivan to level it (3-14 to 0-23).

Then came Ruairí Convery's goal to put Brigid's in the driving seat but Cuala showed great mettle from there to the finish - moving the ball with great accuracy to engineer the victory with Darragh O'Connell, Con O'Callaghan (two) and David Treacy (free) getting the winning scores.

After an eagerly contested opening half Brigid's led 0-15 to 0-1-8 at the break with Cian O'Sullivan contributing five points from play.

The Russell Park outfit were the better side in the opening quarter and led 0-7 to 0-2 approaching the first water break.

They also had a goal-scoring opportunity in the ninth minute but Diarmuid Breslin did not catch his shot just right and it was saved by Cuala keeper Seán Brennan.

The impressive Cian O'Sullivan almost got through on goal in the 28th minute but was denied by great defence from Michael Conroy.

Just over a minute later O'Sullivan was placed one-on-one with Seán Brennan, following good work by Donnacha Ryan and Johnny McGuirk, but his goal attempt was brilliantly parried over by keeper Brennan.

Just before half-time the stylish Eoghan Dunne punished a mistake in the Cuala defence to steer his side into a 0-15 to 1-8 lead.

It was their Round 2 victory over Faughs that sealed their quarter-final berth when a scoring surge just before the three-quarter mark set steered them to victory.

A fine fetch and point from Faughs' Niall Fitzgibbon left the Tymon North outfit four points in arrears, 0-14 to 0-10, after 40 minutes but then Boden hit the next five points to open up a nine-point cushion at the second water break.

The influential duo of Conal Keaney and Niall McMorrow combined for Keaney to ignite the scoring rush with Simon Lambert, following quick interplay by Boden, Conor Dooley (free) and a brace of points from play by Aidan Mellett made it 0-19 to 0-10.

Points from Jack McVeigh and Ciarán Brennan cut the deficit but any hopes Faughs had of a successful comeback were ended by Conor Dooley's converted penalty in the 48th minute following a foul on Niall McMorrow. 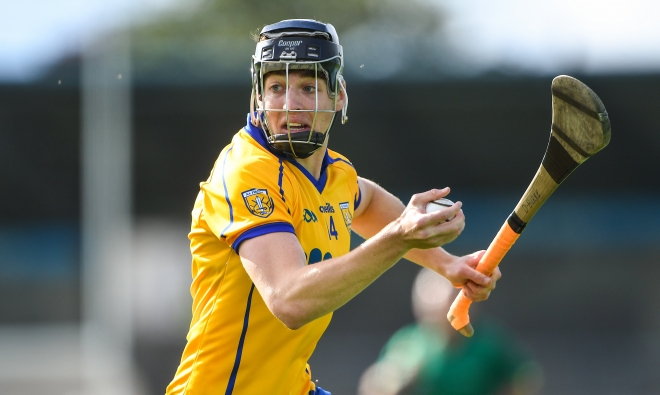 Na Fianna amassed an impressive 7-69 in their three games in Group 1 and sealed their quarter-final position with their 2-24 to 1-15 victory over Craobh Chiaráin in Round 2.

The St Mobhi Road side had tallied 4-27 in their opener against Whitehall Colmcille and were quickly about their business against the Craobh when opening up a 1-8 to 0-0 lead inside 11 minutes.

By the first water stoppage it was 1-9 to 0-2 and it would have been by a greater margin but for the reflexes of Chiaráin's goalkeeper Stephen Chester who denied both Donal Burke and Micheál Murphy in the opening quarter.

Burke showed good skill to sweep the sliotar to the Craobh net when moving away from the goal after Stephen Chester had parried away Micheál Murphy's original goal attempt.

Twelve minutes into the second half Colin Currie grabbed Na Fianna's second goal after being picked out on the far side by AJ Murphy - that put his side 15-points clear (2-19 to 1-7). 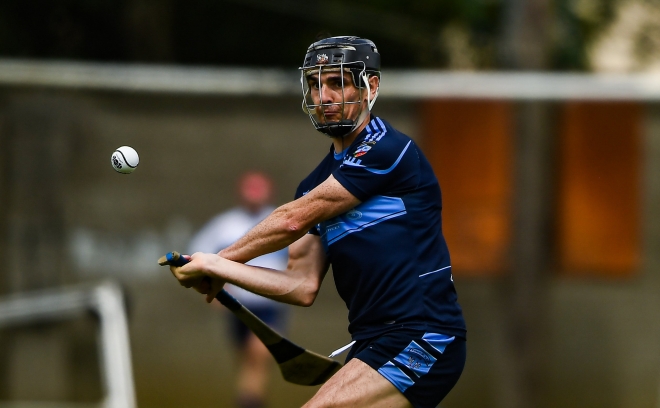 St Jude's defeated Setanta 1-25 to 1-14 in their last game to finish the round-robin stage in second place and advance to the quarter-finals.

Inspired by Danny Sutcliffe the Tymon North side came with a scoring surge at the finish to see off their northside opponents.

A John Hetherton point edged Vincent's ahead with two minutes of normal time to play but the Tymon men rallied to get the last three scores of this duel to secure victory.

Ger McManus, who was influential in the Jude's defence as was Eoin McLoughlin, got their first of this crucial trio of scores with Danny Sutcliffe (free) and sub Manus Malone, following good work by Sutcliffe, saw Jude's seal the deal.

The second quarter-final on Saturday at the Donnycarney venue sees Craobh Chiaráin and Lucan Sarsfields meet (5.0).

Last time out Craobh Chiaráin turned on the style to defeat Whitehall Colmcille, 3-25 to 2-12.

Craobh led at half-time by two points, 2-7 to 1-8, and despite losing Jason Higgins to a red card in the 42nd minute they outclassed their opponents in the second half.

After two opening half goals from Billy Ryan, James Finn grabbed their third goal in the 52nd minute after being fed by Darren Kelly as Craobh cut loose.

But the second half, particularly the fourth quarter, belonged to Craobh with Cian Derwin leading the way with some sublime scores.

Lucan ended the ambitions of St Vincent's while extending their own Championship aspirations with their 1-19 to 0-18 victory in their Group 2 Round 3 duel.

A Ciarán Dowling goal five minutes from time proved to be crucial for Lucan with the in-form forward finished with a personal haul of 1-9 (0-8f) with his brilliantly taken goal pushed his side 1-17 to 0-18 ahead.

Lucan sub Charlie Keher made a very positive impact following his introduction and clipped the last two points of this well-contested duel to go along with a point scored early in the second half.

Over the round-robin stages St Jude's defeated St Vincent's 0-22 to 3-11 in their opening game before losing 2-15 to 5-16 second day out - so the victory over the Marino side was to prove very important. 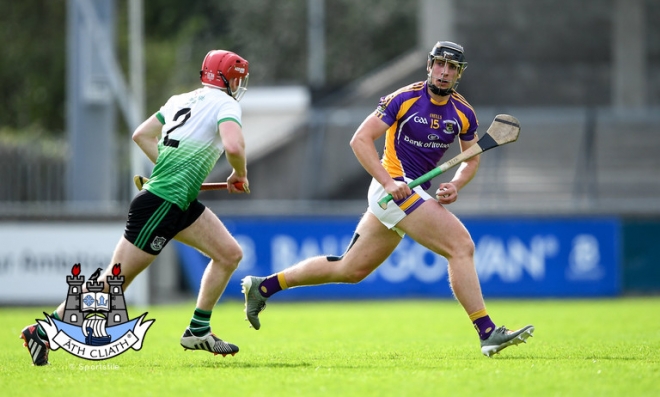 Crokes gave a real signal of their Championship credentials when turning their Round 2 clash with St Brigid's totally around on their way to an impressive 1-28 to 2-9 victory.

Inside the opening ten minutes the Stillorgan side were eight points in arrears but recovered from the slow start to eventually run out 16-point victors.

By the half-time break Crokes had got back on level terms and they dominated the second half to make it two wins from two starts following their opening round victory over holders Cuala.

Seven minutes into the second half Alex Considine's goal really got Kilmacud motoring when he powered through on goal before batting to the net past keeper Alan Nolan.

Crokes did not let up in the concluding quarter with goalkeeper Eddie Gibbons contributing two long-range frees.

Ronan Hayes finished with a tally of 0-11 (0-7f, 0-2 '65') while Lorcan McMullan, the impressive Oisín O'Rorke and Fergal Whitely all hit four points from play. 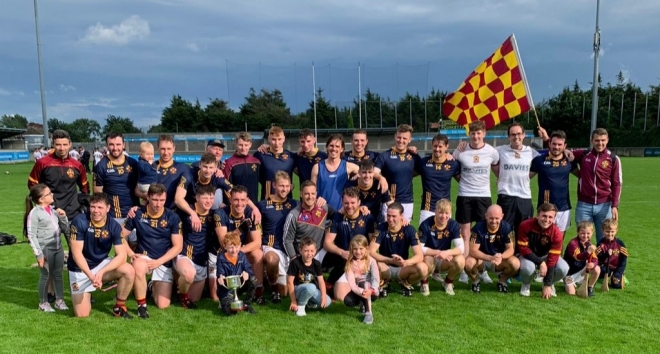 This year's AHL2 winners, St Oliver Plunkett/Eoghan Ruadh, booked their berth in the last eight when defeating Faughs, 1-22 to 1-17.

Inspired by the likes of Cian Boland, Niall Arthur, Cillian Hayes and Seán Clerkin, Plunkett's put in a powerful last ten minutes to join Ballyboden St Enda's from the group in the quarter-finals.

Faughs led 1-16 to 0-16 in the 50th minute, their goal coming five minutes into the second half from sub Liam Mostyn, however Plunkett's outscored their opponents 1-6 to 0-1 over the conclusion to seal victory.

Cian Boland ignited their scoring surge when he intercepted an attempted handpass out of defence before engineering room for his shot to the net.