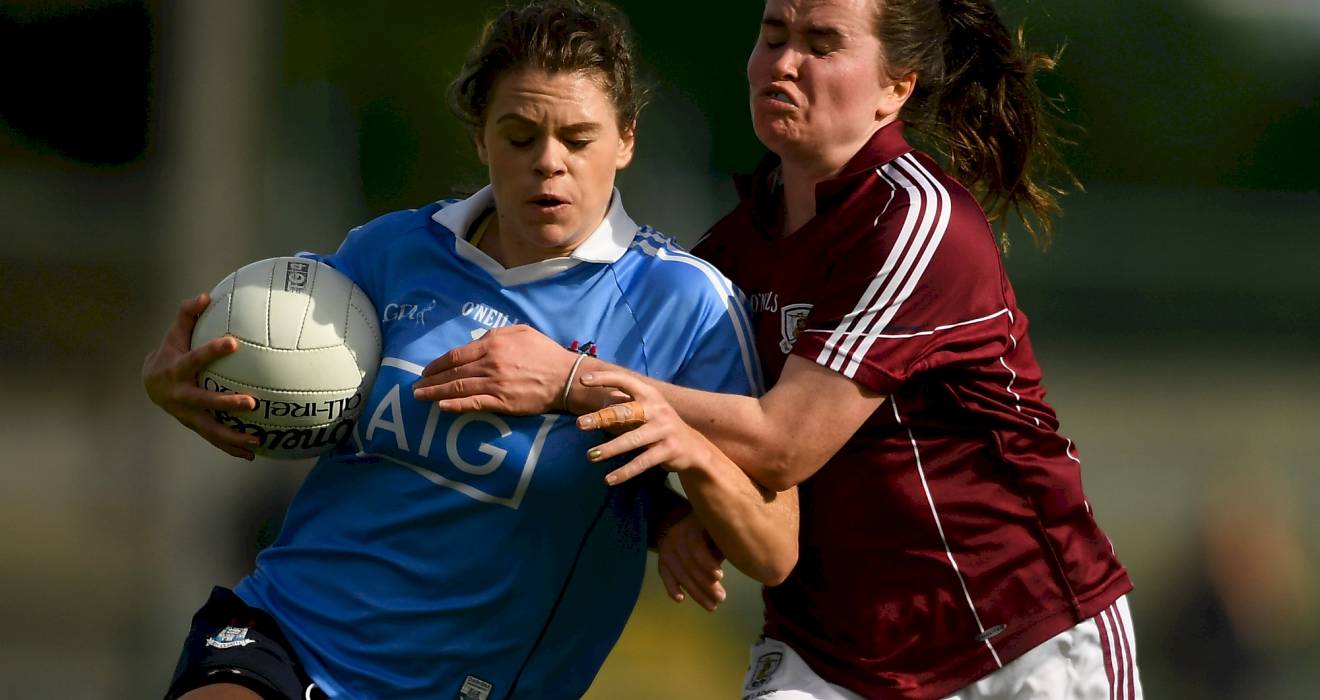 The time has come to crown the 2019 TG4 All-Ireland Ladies Football champions.

All three Finals are down for decision at Croke Park next Sunday, September 15, and all three are LIVE on TG4.

The action gets underway at 11.45am when Fermanagh, the 2017 Champions, take on Louth, last year’s runners-up.

That’s followed by the meeting of Tipperary, the 2017 winners, and Meath, the 2018 runners-up, in the Intermediate decider at 1.45pm.

The scene will then be set for the Senior Final between Dublin, chasing a third successive crown, and Galway, appearing in just their third Senior Final, and looking to repeat their once and only Brendan Martin Cup win in 2004, when they beat the Sky Blues.

Three in-a-row for Dublin, or Galway to bridge a 15-year gap? All will be revealed on Sunday afternoon as the two counties battle it out for the biggest prize in Ladies Gaelic Football – the TG4 All-Ireland Senior Championship crown.

Dublin are very much the established force, and appearing in their sixth successive Final.

The great Kerry team of the 1980s won a remarkable nine-in-a-row from 1982-1990, and so Dublin will join illustrious company if they can manage to make it a treble.

Standing in the way of Dublin and a fourth Brendan Martin Cup success in all are Galway, who contested successive Finals in 2004 and 2005, but haven’t been back in a showpiece decider since then.

Galway beat Dublin in 2004, before falling to Cork a year later. In recent times, Galway have been hoovering up titles at underage level, but today hands the Tribeswomen the opportunity to reach the Senior summit for just the second time.

These are two teams that know plenty about each other. Galway were the only team to achieve a competitive victory over Dublin in 2018, during the group stages of the Lidl National League.

Dublin, however, beat the Westerners in the 2018 Lidl NFL semi-final, before repeating the trick in the TG4 All-Ireland semi-final.

Last March, the sides met in Moycullen, when Dublin won out on a 2-8 to 1-7 scoreline in the Lidl National League group stages.

Galway went on to contest the Lidl NFL Division 1 Final, but Cork had the upper hand at Parnell Park.

From there, Galway picked themselves up to prepare for a TG4 Connacht Senior Final against Mayo, and they retained the silverware following a replay at the Gaelic Grounds in Limerick, following a thrilling stalemate at Elvery’s MacHale Park in Castlebar.

Victories over Kerry and Westmeath saw Galway top Group 3 of the qualifiers, before they progressed to the semi-finals with a hard-fought win against Waterford.

That set Galway up for another crack at Mayo – the third time that the counties had clashed in this year’s Championship – and Tim Rabbitt’s charges prevailed with just a point to spare in a cracking semi-final at Croke Park.

Galway may not score as freely as Dublin, but they don’t concede a huge amount either.

Captain Tracey Leonard has managed 3-26, including 14 pointed frees, which makes her Galway’s highest-scorer of the campaign, while cousin Róisín has chipped in with 1-13 (0-6f).

At the other end, no team has scored more than 15 points against Galway in Championship 2019, with Mayo registering 3-6 in the drawn Connacht Final and 2-9 in the recent All-Ireland semi-final.

Dublin’s path to the Final has been more serene. They achieved eight-in-a-row in Leinster with victory over Westmeath, and wins since against Waterford, Monaghan, Kerry and Cork have brought them back to another Final.

There was a sense that Dublin hadn’t been properly tested before facing Cork at Croke Park last time out, but they turned up the heat in the second half to see off familiar rivals.

Looking at Dublin’s totals, they’ve racked up a huge tally of 19-72 in just five Championship games.

That’s almost four goals per game on average, and over 14 points. Defensively, Dublin have leaked just 5-37, or 1-7 on average.

Captain Sinéad Aherne, in just three outings, is Dublin’s leading Championship scorer, with 4-19 (2-0 penalties, 0-13f), while Niamh McEvoy has had a tremendously consistent season also, weighing in with 4-11 (0-6f).

Oonagh Whyte, Lyndsey Davey, Nicole Owens (sadly ruled out through injury), Caoimhe O’Connor, Carla Rowe and Niamh Hetherton have also been among the goals for the Sky Blues, who have had scoring contributions from 18 different players in Championship 2019.

On the maroon and white side, 12 players have been on the scoresheet for Galway during their season, with Mairéad Seoighe, Megan Glynn, Louise Ward and Leanne Coen raising green flags along with the Leonard cousins.

There’s scoring power on both sides, and defensive solidity, or otherwise, will have a big say in the destination of the Brendan Martin Cup. History beckons for both sides – but who will prevail?

Paths to the Final: