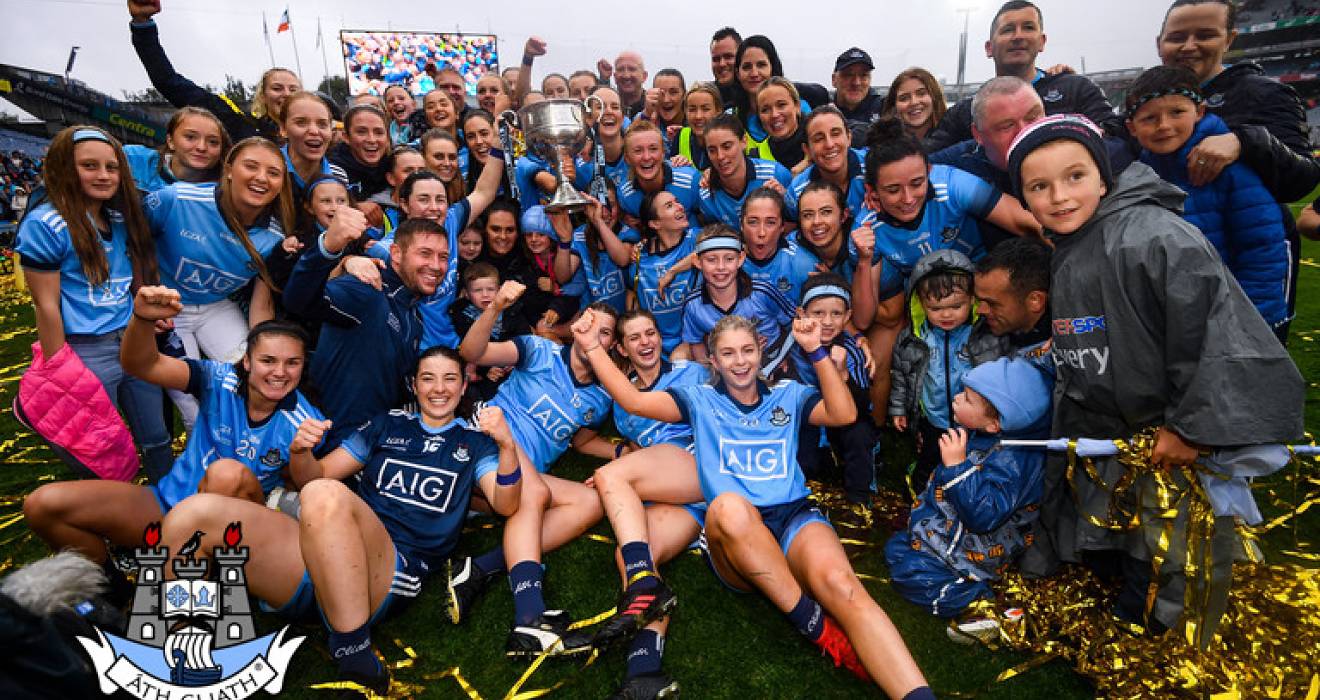 Dublin have been pitted with Waterford and Donegal in the round-robin phase of the revised 2020 TG4 All-Ireland Ladies Senior Football Championship.

The draws were conducted in Portlaoise on Tuesday evening, with the four-in-a-row chasing Sky Blues handed a spot in Group 3 of the pool stages.

Galway, the 2019 runners-up, have been drawn with last year's Intermediate winners Tipperary and Monaghan in Group 2, while 11-time Senior champions Cork will battle it out with Munster rivals Kerry, and Ulster representatives Cavan, in Group 1.

Ulster sides Armagh and Tyrone have both been drawn together in Group 4, alongside 2019 semi-finalists Mayo.

The four teams topping their respective groups will progress straight through to the All-Ireland semi-finals, with the 1st team in Group 1 facing off against the Group 2 table-toppers, while the Group 3 winners will play the top team in Group 4.

Dublin, Galway, Cork and Mayo – the 2019 semi-finalists – were seeded for the Senior draw.

In the Intermediate Championship, Westmeath will hope for a swift return to the senior ranks following relegation last year.

The Lake County find themselves in an all-Leinster Group 2 alongside Longford and Louth, who were Junior Champions last year.

Meath, beaten Intermediate finalists in 2018 and 2019, will battle it out with Leitrim and Down in Group 3, while Group 1 is made up of Roscommon, beaten semi-finalists in 2019, and Leinster counties Offaly and Wexford.

With 13 teams involved in the Intermediate Championship, Group 4 is a group made up of four counties, namely Sligo, Clare, Kildare and Laois.

The top team in Group 1 following the round-robin phase will play the Group 2 winners in the All-Ireland semi-finals, while the leading teams in Groups 3 and Group 4 will contest the other semi-final.

Westmeath, Meath, Sligo and Roscommon were seeded for the Intermediate draw.

An open draw determined the make-up of the two groups of three teams for the Junior Championship round-robin phase.

Group 1 contains 2019 runners-up Fermanagh, alongside Carlow and Wicklow, while Derry, Limerick and Antrim have been pitted together in Group 2.

The top two teams in each group will contest the All-Ireland semi-finals, with the Group 1 winners facing the Group 2 runners-up, while the Group 2 table-toppers will face the second-placed team in Group 1.

Ladies Gaelic Football Association President Marie Hickey and Ard Stiúrthóir TG4, Alan Esslemont, were on hand to conduct the draws, and the 2020 finals will mark the 20th of the long-standing partnership between the LGFA and TG4.

It was also confirmed that promotion is on offer for the winners of the 2020 Junior and Intermediate Championships, but relegation will not apply in the Intermediate and Senior grades.

The dates for the 2020 TG4 All-Ireland Ladies Football Championships will be confirmed in due course.