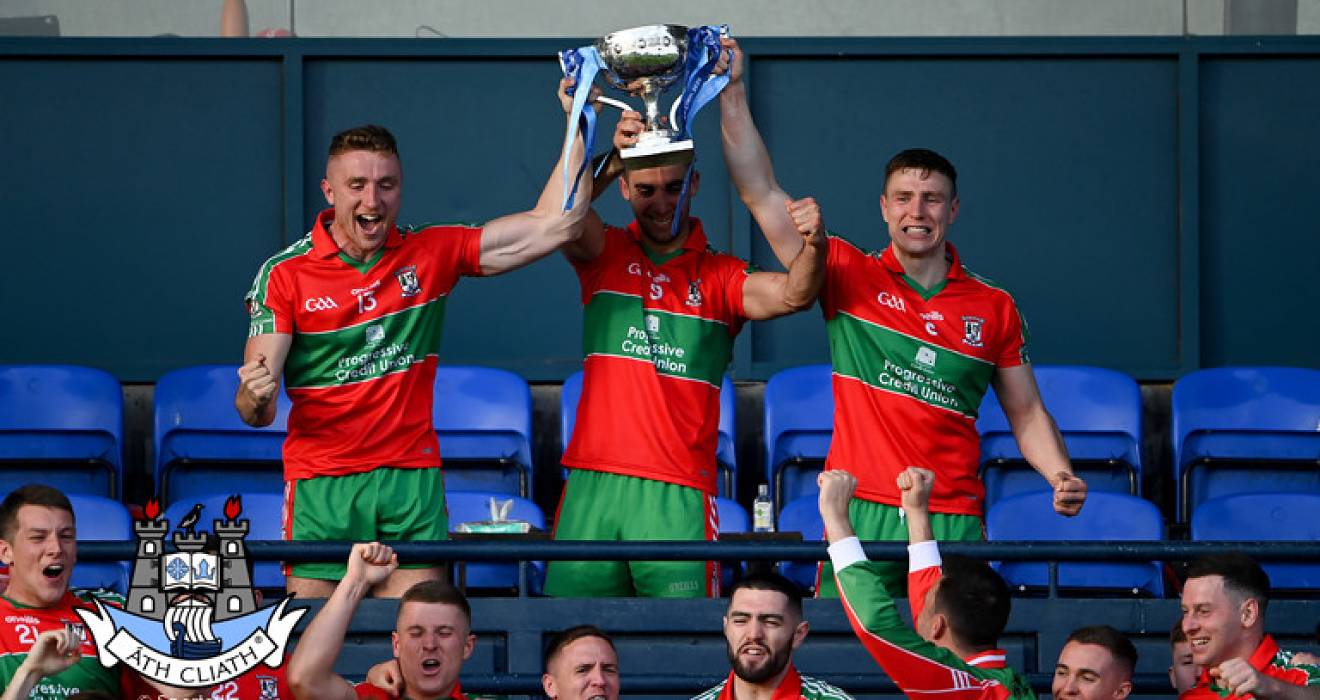 “We limped out of the championship again last year, which was embarrassing the way we went out against Na Fianna,” said James.

“We didn’t have much training for that league game (final versus Ballyboden). It was the time John and Paddy Small’s dad (Declan) passed away. We just thought it’s time to get a bit of heart back in the club, so we said let’s give this a right crack.

“It was a dirty December night and we won a tight game. It meant a lot and brought a bit of heart back into the club and the team again – everyone back, unified front, and I think that made a big difference to us, I absolutely do. We went on from there,” added the Dublin defender.

The seven-time All-Ireland SFC winner was delighted in the manner in which his side reclaimed the Clerys Cup after an absence of eight years – highlighting their second half resurgence against Na Fianna as very important.

“We’ve beaten all the big teams this year; it’s a great championship to win. We’ve beaten Ballyboden, Crokes, Na Fianna, Thomas Davis. I don’t think anyone can argue with us being the best team this year.” 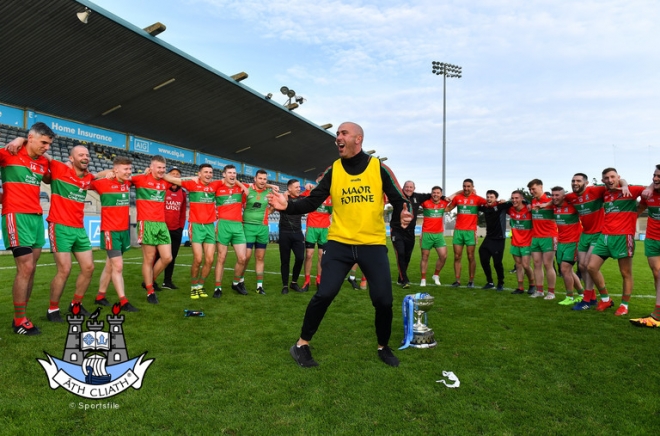 The Mun trailed Na Fianna by five points at half-time (0-8 to 1-10) in their quarter-final back at the end of August but kicked six points on the spin on the restart.

Led by the likes of James McCarthy, John Small and Cameron McCormack Kickhams took control of the game with McCarthy’s point in the opening minute of the second-half a signal of intent.

Dean Rock, who tallied 0-8 (0-5f) overall, converted three frees to cut the gap to a point before a stylish point by Jason Whelan brought the sides level following hard graft by Carl Keeley and Fiach Andrews.

An Andrew McCaul mark edged Ballymun in front before an Aaron Byrne free had the sides level once again, 0-14 to 1-11.

But there was no stopping Kickhams with sub Andrew McCaul getting an important goal in their 1-18 to 2-13 victory.

“In other years we might have gone into our shells and not come back in those games. That gave us great confidence, the way we roared back from big deficits and turned it around. You can’t buy that in a team,” added James.

“The big thing for us all week was we were saying we’re not going to sit back.

“We played the final a few years ago (2017) and it was a sickening feeling afterwards; we didn’t even have a go at the game.

“We lost by a goal to Vincent’s; we just said, as a team, no way that could happen and we just played front-foot football all over the place, squeezing, putting bodies on the line.”